Explore the Beers of Southwest Colorado Riff Raff Brewing Co/Instagram
About a six-hour drive from Denver is one of the most beautiful areas of the state: southwest Colorado. It's an outdoor lover’s paradise and home to the San Juan Mountains, various hot springs, the Animas River, Mesa Verde National Park and the town of Ouray, which is known as the Switzerland of America and the Outdoor Recreation Capital of Colorado. While Denver's beer scene gets plenty of buzz, there are a lot of local beers to explore after a day of adventure in this region of the state.

Riff Raff Brewing Company is Colorado’s first brewery to use heated geothermal spring water from the town's famous hot springs. With two locations — one downtown and a new addition on the San Juan River with views of the mountains — its lineup includes staples like an English-style pale ale,  an American IPA, a honey blonde and a porter. In pure Southwest Colorado spirit, the El Duende Green Chile is also a mainstay, brewed with medium Hatch and mild roasted Anaheim chiles.

The town is also home to Break Room Brewing Company, which has live music every weekend and late-night eats, and Mountain Pizza & Taproom, where there’s a self-serve beer and wine wall so you can sample a variety of brews in smaller serving sizes (or larger — your call). There are 22 taps with sixteen beers, along with wines, root beer and ginger beer, plus pizza for noshing.

Pints, Pools, and Paddles is an out-of-the-box beer fest that takes place every May in Pagosa Springs, combining time spent relaxing in the geothermal pools at The Springs Resort with unlimited beer tastings and other beer events. Launched in 1988 by two brothers from Wisconsin, Carver Brewing Company was southwest Colorado's first brewpub. Colorado Nut Brown Ale, Jack Rabbit Pale Ale and Raspberry Wheat Ale are a few of the flagship beers at this spot, which is also known for giving back to the community, having donated more than $600,000 to local organizations.

At Animas Brewing Company, you’ll find its beers not only on tap, but also on the food, with options like beer-roasted chicken; corned beef with ale gravy and brewer’s mustard; and cheese dip infused with Riverside Kolsch.

Steamworks Brewing Company, Anarchy Brewing Company and High Trestle Brewing Company are just a few of the other breweries nearby. For lodging, check out the DoubleTree Hilton, which boasts the on-site Animas River Beer Garden, where guests can enjoy fresh beer and scenic views of the river. The owner of WildEdge in Cortez used to be an archeologist.
WildEdge Brewing Collective
Cortez

Tucker Robinson, the owner and brewer at WildEdge Brewing Collective, was an archeologist in the region for a decade before making the leap to beer making and opening this downtown Cortez brewery in 2017. Along with options like Mountain Hopper Rye Pale Ale, Snow Dance Milk Stout and Hoppily Ever After IPA, WildEdge serves a menu of bites like soft pretzels, beer cheese nachos and chilaquiles.

Another downtown option for brews is Main Street Brewery & Restaurant. Alongside beers like Summit Ridge Session IPA and Blue Corn John Mexican Lager, it offers a stacked regular menu plus prime rib every Friday, Saturday and Sunday after 4 p.m. Also on Main Street is J Fargo’s Family Dining, which serves beers from its Coyote J. Brewery.

Just twenty minutes east, you can also make a stop at Mancos Brewing Company, in the town of Mancos, or head fifteen minutes north to Delores, home of Dolores River Brewery. 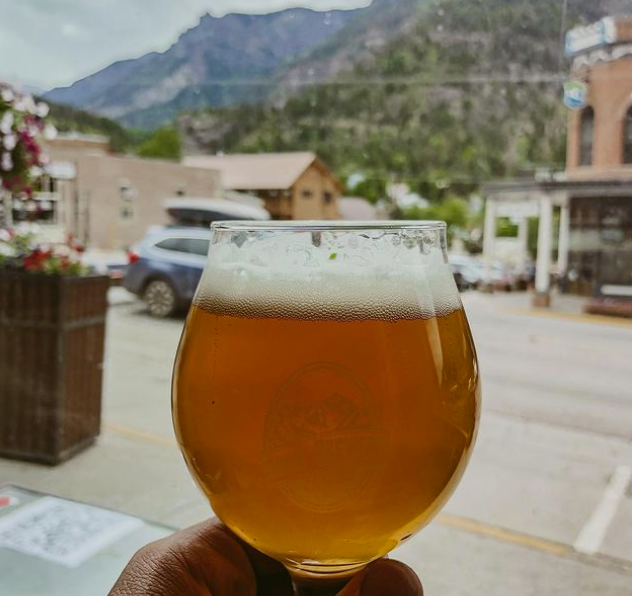 After taking the 25-mile stunning (and sometimes scary) Million Dollar Highway from Silverton to Ouray, you're probably going to want a beer. For even more gorgeous views, settle in on the rooftop patio at Ouray Brewing, which serves options like its Box Canyon Brown, Camp Bird Blonde and San Juan IPA. The town is also home to Red Mountain Brewing, with outdoor patio seating and hearty food options like beer-battered fish, mushroom pasta and a green chile burger.
KEEP WESTWORD FREE... Since we started Westword, it has been defined as the free, independent voice of Denver, and we'd like to keep it that way. With local media under siege, it's more important than ever for us to rally support behind funding our local journalism. You can help by participating in our "I Support" program, allowing us to keep offering readers access to our incisive coverage of local news, food and culture with no paywalls.
Make a one-time donation today for as little as $1.
Kristen Kuchar is a Colorado writer covering dining and the beverage industry, including wine, beer, cider and spirits. Her articles have appeared in VinePair, the Beer Connoisseur, Beer Advocate, Craftbeer.com, Zymurgy and more. She has a WSET Level 1 certificate and is a Certified Beer Server by the Cicerone Certification Program.
Follow:
Twitter: @KristenKuchar
Instagram: @kristen_kuchar/