Dana Rodriguez's Cantina Loca has a new taco Tuesday special. Cantina Loca
Monday mornings are tough, but this series isn't. Social Sightings offers a quick taste of interesting food tidbits that we've recently spotted. It goes down as easy as your first cup of coffee, and should whet your appetite for the week ahead.

In the last couple of years, chef Dana Rodriguez has launched a mezcal brand (Doña Loca), been named the new executive chef of Casa Bonita, nabbed another James Beard Award nomination and opened her third restaurant, Cantina Loca. Starting August 2, the eatery at 2890 Zuni Street will be offering a new special: Loca’s T&T. Available every Tuesday, it includes a Cantina Loca margarita and two tacos for $10.
Instagram: @cantinalocadenver Tacos at La Diabla.
Molly Martin
La Diabla, our 2022 pick for Best New Restaurant, recently added another special to its lineup: Street Taco Tuesdays. All day every Tuesday, you can order street taco-sized versions of everything on La Diabla's taco menu for $3 each. The restaurant also serves $3 tacos during happy hour (from 3 to 6 p.m. Tuesday and Thursday through Sunday), as well as its popular Jose's Gone Fishing deal (a margarita and two al pastor tacos for $5) on Wednesdays.
Instagram: @ladiabladenver 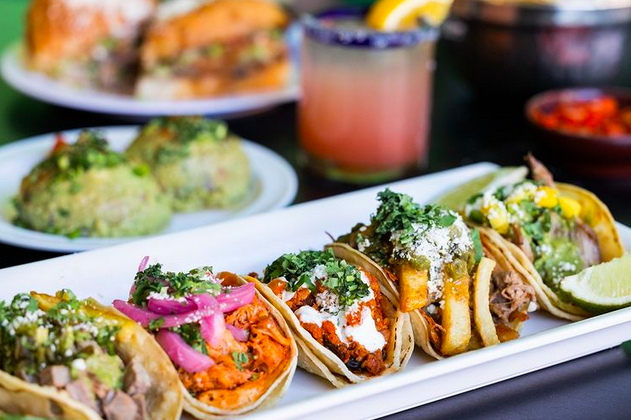 Uno Mas/Instagram
While their sister restaurant, Mas Kaos on Tennyson Street, recently closed, the three Uno Mas locations (South Pearl Street, East Sixth Avenue and Fort Collins) are still going strong. Every Tuesday from 2 to 7 p.m., get $1 off any taco on the regular Uno Mas menu, from the Sea of Cortez with scallops and shrimp to house chorizo, carnitas and barbacoa.
Instagram: @unomas_southpearl 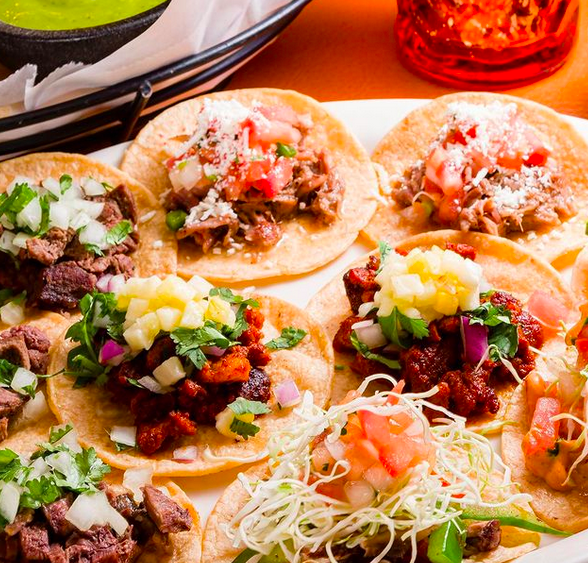 Adelitas/Instagram
The Taco Tuesday deal at Adelitas on South Broadway draws a big crowd — so show up early or be prepared to wait a bit before you get a chance to dig into the current lineup, which includes five options each for $2 (al pastor, carne asada, carnitas, pollo and veggies), as well as $2.50 lengua and $4 shrimp tacos.
Instagram: adelitascocinaycantina Molly Martin
Cabrón Carbón at 1043 Broadway serves a stacked lineup of tacos, from birria and fried shrimp to sirloin, lengua and barbacoa. On Tuesdays, al pastor and chicken tacos are just $2 each. Bonus: The salsa bar here is fully loaded.
Instagram: @cabroncarbontaqueria Molly Martin
Pro tip: There are a ton of taquerias, trucks and stands around town, particularly on South Federal Boulevard and in Aurora, serving affordable street tacos all the time. One go-to is Tacos Selene, where anything on the entire taco lineup is $2 all day, every day. Along with the original location at 15343 East Sixth Avenue in Aurora, Tacos Selene has an outpost in Littleton and is planning to open one at 1001 Santa Fe Drive in Denver this year.
For more info: Visit tacosselenecolorado.com
KEEP WESTWORD FREE... Since we started Westword, it has been defined as the free, independent voice of Denver, and we'd like to keep it that way. With local media under siege, it's more important than ever for us to rally support behind funding our local journalism. You can help by participating in our "I Support" program, allowing us to keep offering readers access to our incisive coverage of local news, food and culture with no paywalls.
Make a one-time donation today for as little as $1.