Mas Kaos closed on July 27. Danielle Lirette
On July 7, 2021, 53-year-old Denver restaurateur Patrick Mangold-White passed away after being struck by a tree while on a fishing trip near Philipsburg, Montana. The owner of Kaos Pizzeria, Uno Mas and Bird on South Pearl Street in the Platt Park neighborhood, as well as a second Uno Mas on East Sixth Avenue and Mas Kaos on Tennyson Street, Mangold-White was a major part of the local hospitality community. In the time since his death, his restaurants have carried on.

But just over a year after Mangold-White died, Mas Kaos quietly announced its closure in an Instagram story posted on July 27. "With heavy hearts and tears in our eyes, we regret to inform you all that Mas Kaos has closed its doors permanently," read the post, which is no longer visible. "This was an incredibly hard decision that we did not think we were going to have to make." 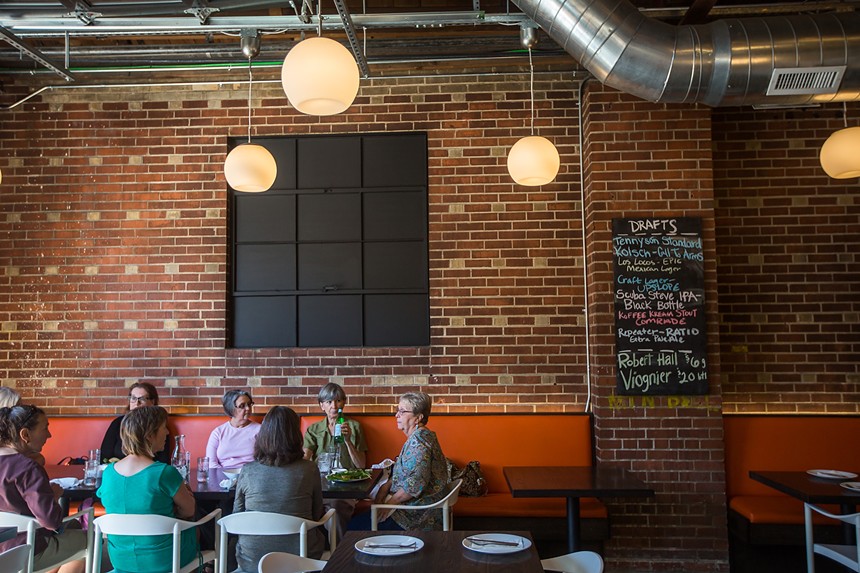 Mas Kaos
Danielle Lirette
The dual pizzeria-taqueria opened in 2016 in the Berkeley neighborhood and was a well-loved destination.
"The space may change but the family is forever. We love you so much, Mas," the Instagram story announcement concluded.

The Mas Kaos closure is the latest in a string this week, with Park Tavern in Cap Hill already shuttered and the nearby Sexy Pizza closed as it moves to a ghost kitchen while it looks for a new location.The Saucy Noodle in Bonnie Brae and Tables in Park Hill have both announced that they'll close in August.