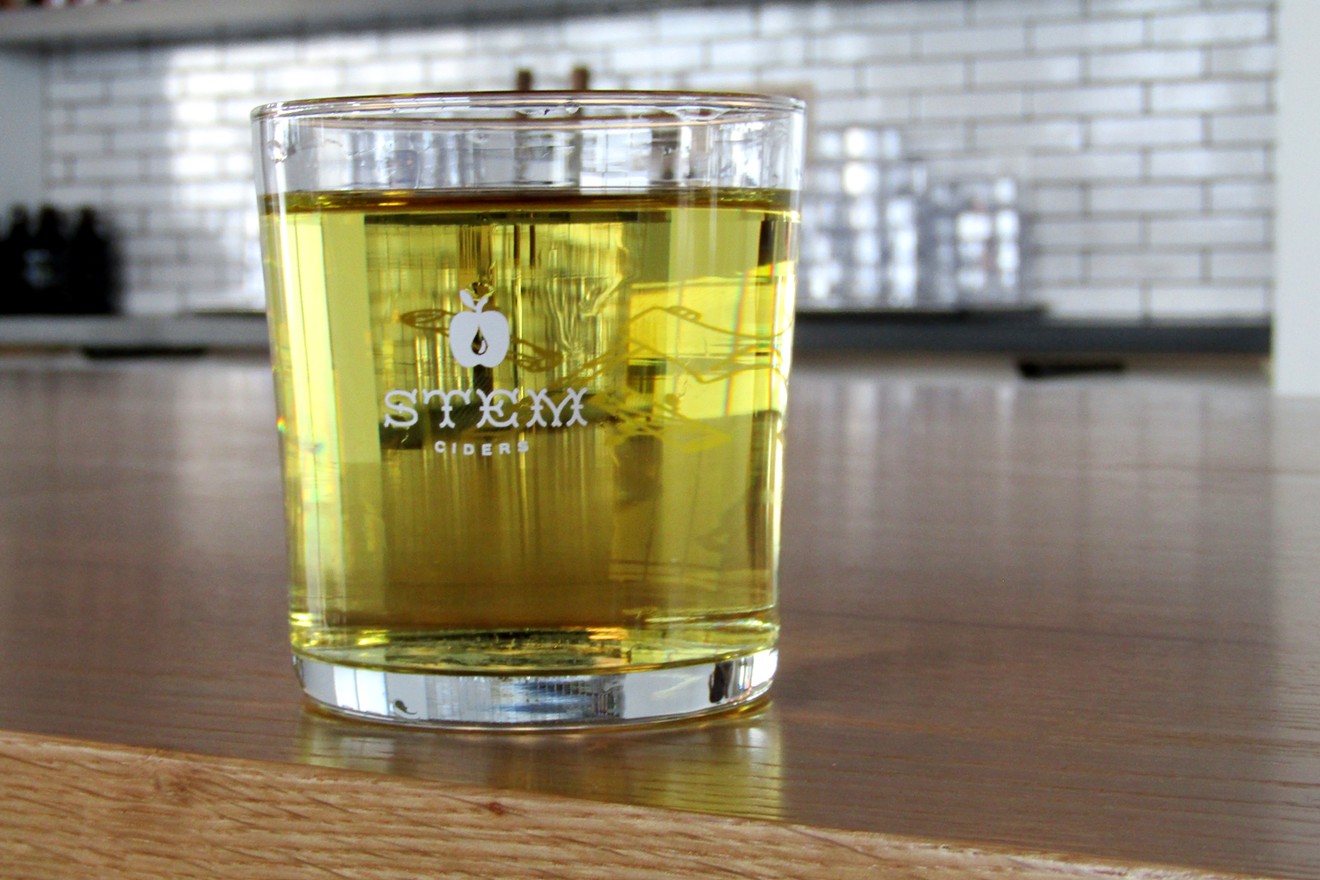 Stem is one of Colorado's best-known cider companies, but there are many others. Mark Antonation
Colorado is awash in ale, sodden with suds, heaped with hops. There's a craft brewery in nearly every Denver neighborhood and suburb, but where does a cider lover go for the tart, crisp taste of apple? While cider companies are a little more spread out on the Front Range, there are a surprising number to choose from, each offering a whole variety of flavors and sweetness levels. Here are nine places to sample, sip or swig cider in Denver and the surrounding area. 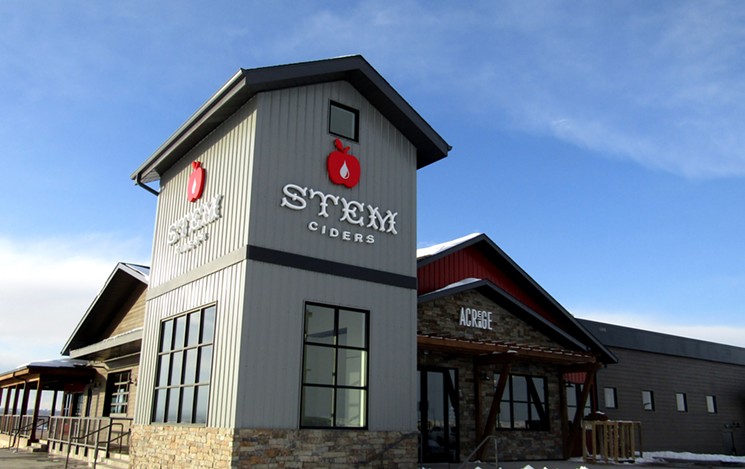 Acreage looks out over rural Boulder County.
Mark Antonation
Acreage
1380 Horizon Avenue, Unit A, Lafayette
720-443-3007
Acreage opened in early 2018 as the culinary venture and farmhouse production facility from Stem, which began making ciders in downtown Denver in 2013. The bright, kid-friendly space in Lafayette has all of the bestsellers from Stem Ciders, plus a brunch and full dinner menu, much of which is cooked over a wood-fired grill. If you don't want a big meal, you can snack on cast-iron cornbread, frites, mixed Spanish olives and soft pretzels. There are also taps from Colorado Cider Co., St. Vrain, Snow Capped and Big B’s. 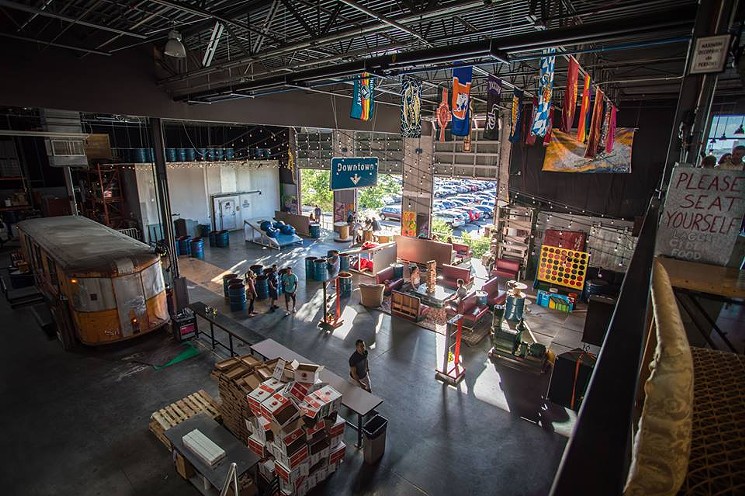 Grab a cider and a seat with a view of the action at the Rackhouse.
C Squared Ciders
C Squared Ciders/The Rackhouse
2875 Blake Street
720-570-7824
The Rackhouse is a restaurant and taproom for both C Squared Ciders and Bierstadt Lagerhaus. The bar, which pours all of the cider company's products, overlooks the production facility from an open mezzanine level. C Squared is known for its award-winning, small-batch seasonal and year-round ciders, including Ginger, a medium-dry version with fresh organic ginger root; the sweeter Alma, a juicy, balanced semi-sweet apple cider; and Lila, made with locally grown lavender, blue juniper and rose hips. While sipping cider, there’s plenty of fun to be had here, with a six-foot tall Connect Four wall, Super Nintendo on a huge screen and giant beer pong, not to mention a creative slate of cider-friendly food.

Colorado Plus Cidery serves food and cider to Golden neighbors.
Clear Creek Architects, P.C./Colorado Plus
Colorado Plus Cidery and Pub
1100 Arapahoe Street, Golden
720-464-0072
Like its sister brewery, Colorado Plus Brewpub and Taphouse, this cidery makes its own line of drinks, sports multiple guest taps, and cooks up some great grub to go with your beverages. Try a Cider House Mule, a cocktail made with vodka, ginger beer and house cider, while you tuck into seasonal dishes brightened with locally grown produce.

The essence of the orchard is captured in Haykin Family Cider's new products.
Mark Antonation
Haykin Family Cider
12001 East 33rd Avenue, Aurora
720-242-7292
In February 2018, husband-and-wife cider fans Daniel and Talia Haykin launched this Aurora cidery, creating sparkling, wine-like ciders in a range of dry, semi-dry and semi-sweet styles. The Haykins purchase heritage apple varieties from around Colorado and press them in-house to make unique, single-apple ciders such as Opal, a semi-sweet cider with notes of banana and other tropical fruits. As at a winery, ciders here are only made from apples in season.