The Ten Best Craft-Beer Events in Denver in March

Collaboration Fest is bigger and better this year. Danielle Lirette
As Colorado begins to emerge from the long, cold (short, mostly warm) winter, the festival season is stirring, and there is no better way to wake up than with Collaboration Fest, the state's marquis event. Hosted by the Colorado Brewers Guild, the fest features more than 110 beers, each made collaboratively by multiple breweries; some of these beers will never be served again, while others will go onto fame and fortune. But there's plenty of other sudsy fun this month, including Colorado Craft Beer Week, Hops + Handrails and several mini-fests and anniversaries. To learn about dozens of other craft-beer events, check our weekly Beer Calendar, posted each Wednesday. But, here are ten sure bets for the month ahead. 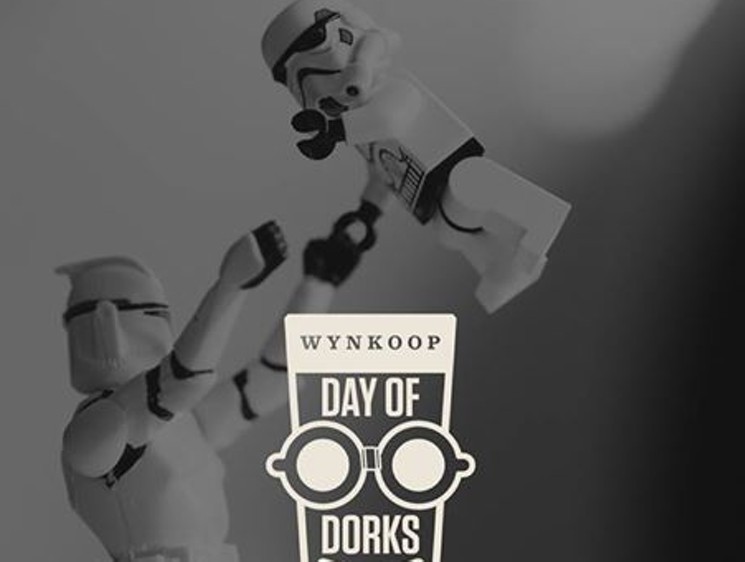 Be a dork for a day at Wynkoop.
Wynkoop Brewing Co.

March 4
Day of Dorks
Wynkoop Brewing Company
1634 18th Street
303-297-2700
Wynkoop Brewing plays host to its first Day of Dorks. "Teaming up with over thirty breweries, we'll be pouring up some of the geekiest and white-whaley craft brew in all the land," Wynkoop says. "Nerd attire suggested but not required. And to truly encourage The Next Generation of dorks, we'll be collecting school supplies including pens, pencils, notebooks and more. Donations will benefit local area schools." Tickets are $25, or $40 for a pair, at eventbrite.com and include a commemorative Day of Dorks glass and snacks. "To miss out would be highly illogical." 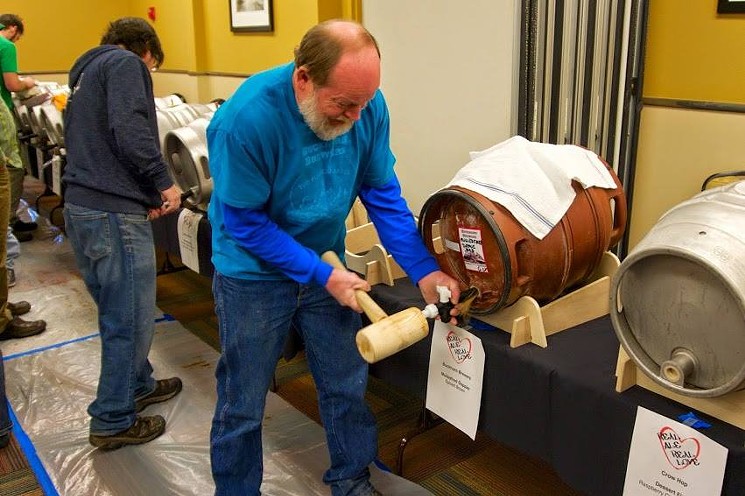 Zuni Street Brewing opens on March 8.
Jonathan Shikes
March 8
Zuni Street Brewing Grand Opening
2900 Zuni Street
303-515-0942
Zuni Street Brewing will open its doors at 2 p.m. today with a grand opening party featuring four beers: a hoppy wheat ale, an IPA, a Belgian wit and a golden ale. Founded by TJ Slattery and Willy Truettner, the brewery aims to be an oasis in the city: full of trees and nourishing liquid. And to that end, it has been decorated with a gorgeous 53-foot-long wooden bar and beer rails, along with huge abstract tree sculptures. There are also two large patios, garage doors and an indoor-outdoor bar sure to help guests enjoy the outdoors in any season.

March 11
Crafty Fox Anniversary Party
Crafty Fox Taphouse & Pizzeria
3901 Fox Street
303-455-9666
The Crafty Fox will celebrate its first anniversary today with special tappings, games and giveaways downstairs starting at 11 a.m., and a ticketed event upstairs at 3 p.m. with rare beers and live music. The upstairs tickets are $35 (there are only 100 available), and there will be live music from Blow the Vault, exclusive tappings of Ursula Brewery’s Jefferson’s Reserve Barrel Aged Imperial Crustless (Peanut Butter and Jelly Porter), and an Ursula/Wiley Roots/Crafty Fox collaboration Vanilla Wafer Coffee Blonde Ale. There will also be an unlimited special menu for “grown-up kids.”