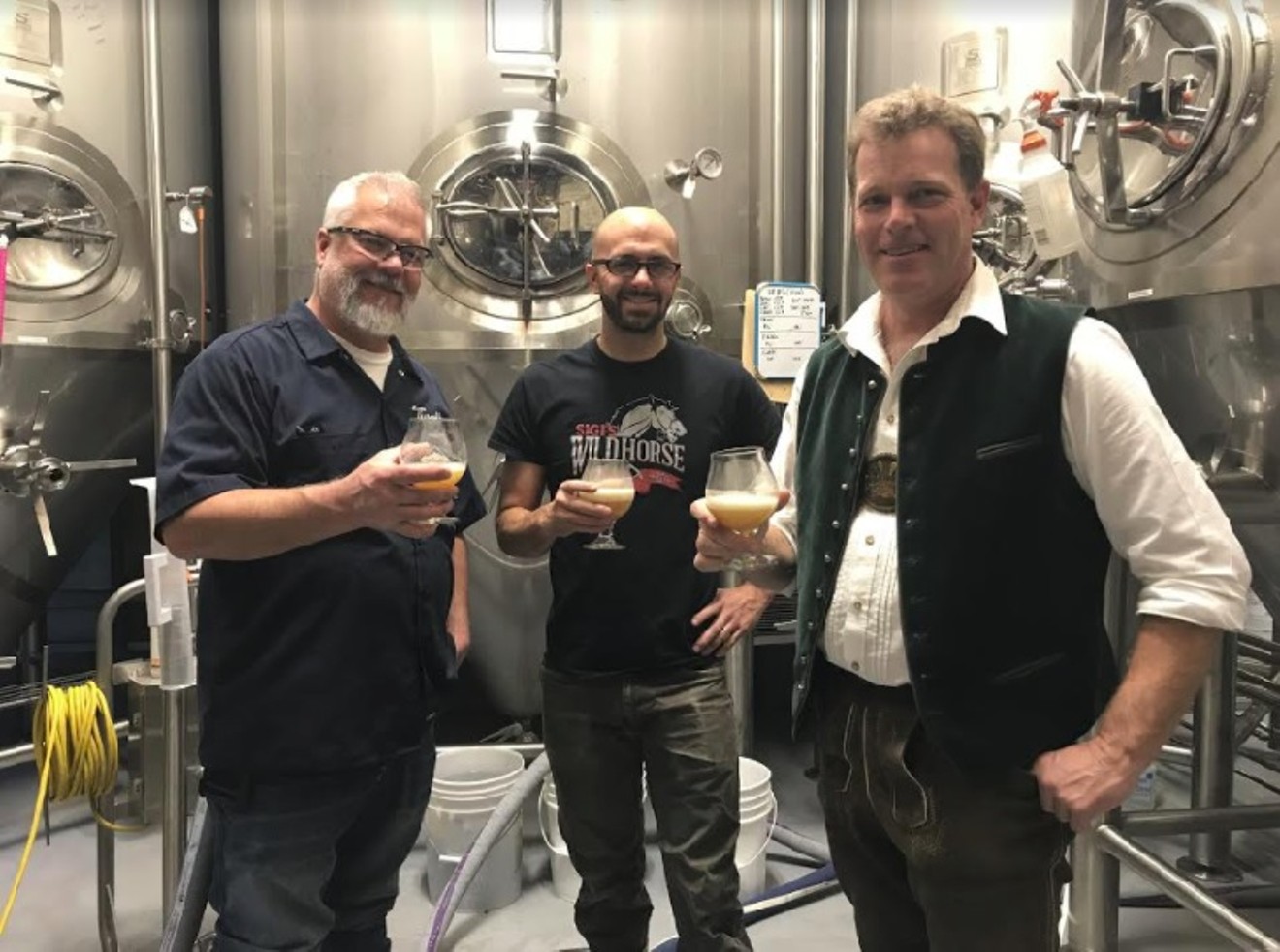 Corey Marshall (left) met Eric Toft (right) in Germany. Jonathan Shikes
Since Tivoli Brewing was founded in 2012, the brewery has reincarnated nearly a dozen beers and brands from Denver's brewing history — mostly German-style lagers sold between the 1860s and 1960. Resurrected brews include Sigi's Buck Beer, Bohemia Girl, Jet Malt Liquor and, of course, the Tivoli name and beers themselves. (The original Tivoli Brewing operated between 1900 and 1969, when the effects of a strike and flood put it out of business.)

For his latest new-old beer, though, Tivoli owner Corey Marshall dug even deeper into the past, taking a trip to the Alpine regions of Germany, Austria and Switzerland to learn more about dunkel lagers, brewing traditions and the towns from which Colorado's early brewers emigrated. The Swiss-style dunkel he's brewing is called Hi-En Brau, which was the former Tivoli’s best-selling beer in the early 1950s. It was brewed by then-brewmaster Erwin Welti, who used an old family recipe given to him by his grandfather. Marshall even traveled to Prutz, Austria, where Welti's grandfather was from, and met some of the brewer's descendants.

Darker and higher in alcohol than more familiar Munich dunkels, Swiss-style dunkels take ninety days to make, something Marshall says gives them a smoother character. "In the 1950s, people were drinking a lot of lighter beers, so this was something different, something unique," he explains. "That's why it was popular." 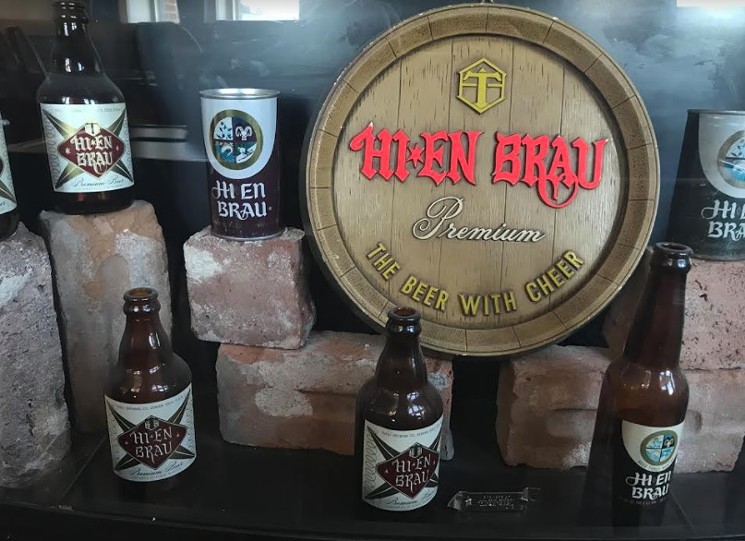 Tivoli has a collection of Hi-En Brau relics.
Jonathan Shikes
But Marshall has also imported a ringer to help him perfect the beer. While he was in Germany, he met Eric Toft, a highly decorated brewmaster for Private Landbrauerei Schönram. The 287-year-old brewery in the Bavarian town of Petting made dunkels almost exclusively until the 1950s. Today, Landbrauerei Schönram makes a variety of styles — and was even the first German brewery to make an IPA.

The two brewers hit it off, and rather than spending a half-hour together, as had been planned, they hung out for eight hours, mostly talking about dunkels. Then they decided to research and create the Tivoli recipe together, so earlier this month, Toft came to Denver to brew the lager with Marshall and his team.

While Toft lives and works in Germany, he's actually an American. In fact, he is from Cheyenne and went to college at the School of Mines in Golden, where he refined the home-brewing techniques he'd been working on for years. After graduation in 1987, Toft decided to forgo job offers he got to become an engineer and instead visited Germany to learn more about brewing, staying on as an apprentice at a brewery there (with a brief stay  in Belgium). After that, he landed a job at another brewery in Germany — and never left. 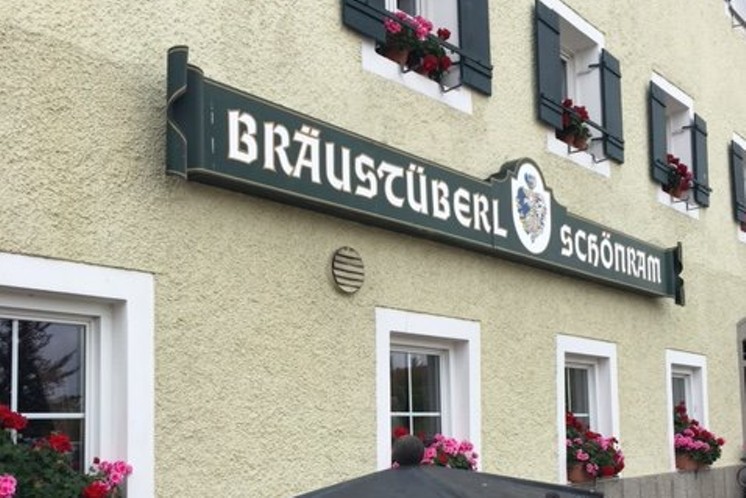 Landbrauerei Schönram is located in an Alpine region of Germany.
Tivoli Brewing
At first, Toft says, the locals were skeptical of him. But once he learned the language — and the southeastern Bavarian dialect that is spoken where he was brewing — they were more willing to accept him. "Being from the West, from the Rocky Mountains, helped a lot, because there is a similar mindset there. We are all mountain people. Their humor is similar; they are relaxed and speak slowly, and they work hard. And they love the outdoors."

And lederhosen. They love lederhosen — something Toft has adopted as well. In fact, he owns at least five pairs — two long and three short — which he often wears to work, depending on what he is doing that day.

The beer will take at least three months before it is ready, but Marshall is hoping it will be ready for Collaboration Fest, which takes place Saturday, March 31, at the Hyatt Regency Denver. After that, Tivoli would like to bottle the beer and sell it in stores.

In the meantime, Tivoli's sister company, Tivoli Distributing, has begun importing beers from Landbrauerei Schönram that it plans to distribute around town; a few are currently on tap at Tivoli.