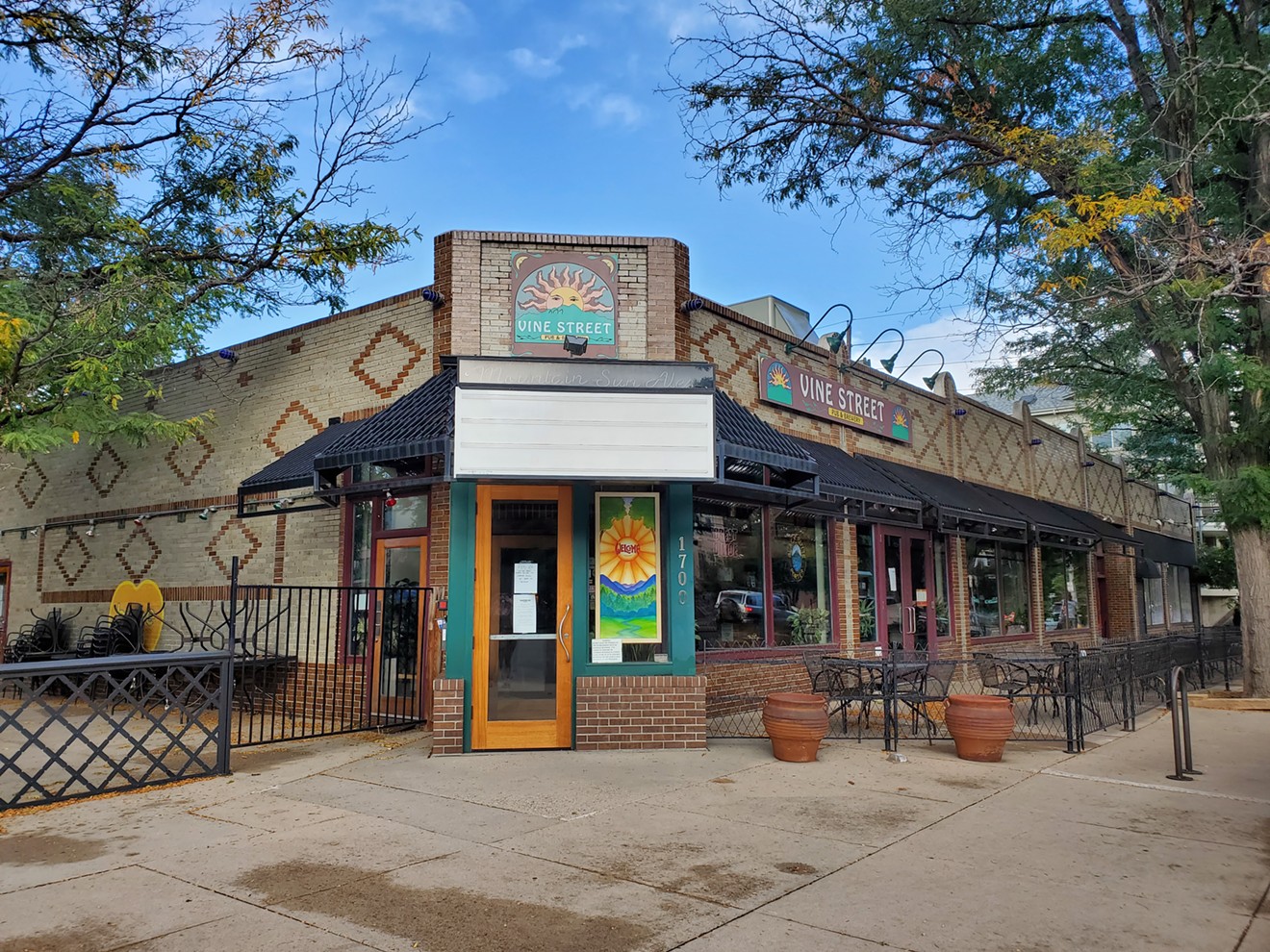 Molly Martin
On March 17, 2020, restaurants and bars all over Colorado did something previously unthinkable: They closed to all in-person dining and drinking. It was St. Patrick's Day, and yet there was no revelry or green beer to be found, because Governor Jared Polis had ordered all bars and restaurants to close their dining rooms, limiting them to takeout and delivery for months.

Denver's restaurants were finally allowed to reopen on May 27. But eighteen months after the shutdown, many are still struggling to recover. And some, like Vine Street Pub & Brewery at 1700 Vine Street, have yet to reopen at all.

"We'll be back," says Kevin Daly, owner of the Mountain Sun group that includes Southern Sun, Under the Sun in Boulder and Longs Peak Pub & Taphouse in Longmont, all of which have begun serving again, though Mountain Sun Pub & Brewery in Boulder also remains closed. "Our motto that we've taken as a team is we're just going to do our best."

The Mountain Sun group owns the Vine Street building, as well as that of Mountain Sun, which gives it more leeway than restaurant owners leasing locations. "When this all started, we did a massive remodel," Daly says of Vine Street; the project involved completely gutting the kitchen and bathrooms and replacing all the plumbing, which had corroded over the years.


That remodel is part of the reason that Vine Street has been shuttered, but now that it's close to getting its final permitting completed, another challenge looms: staffing. "We took a more conservative route," Daly notes, "so we lost a lot of senior people, and frankly, it's taking a lot longer to get people trained than we realized." 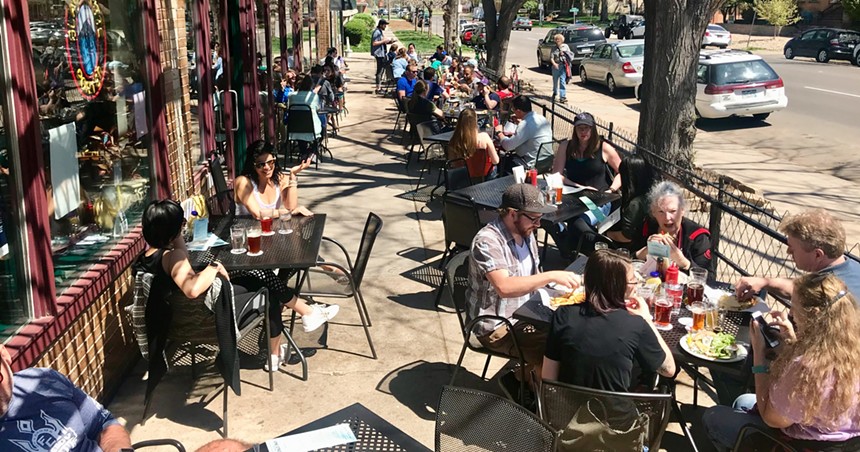 Vine Street's patio will be a destination for drinking beers again...one day.
Vine Street/Facebook
Most of those senior staff members simply moved on to other things during the shutdown. "We had great people for a long, long time, and they're all doing awesome stuff," Daly says, adding that he doesn't know of any former staffers who've relied solely on unemployment to get by. "Every single person finally went to graduate school or they finally got the job they wanted to get, " he notes. "This was the bump that got them out of it."

Finding their replacements hasn't been easy, though. "Restaurant workers are entry-level workers that are on their way somewhere else, so the entire industry was disrupted," Daly explains. "We need another year of college kids to get out, and we also don't have enough immigrants. A lot of Americans don't want to work in a hot kitchen."

And since some Americans don't want to go to restaurants right now, given the resurgence of COVID cases as the Delta variant numbers rise, Daly isn't eager to hire new staffers only to have to lay them off. "We're already seeing [guests] not wanting to come in," he notes, "so our goal will be to keep the team we have, find excellent leaders, train those leaders and watch the virus."

In the meantime, brewers are at work at Vine Street, and other plans for the place are in the works. "We're gonna revamp the Vine menu," he adds. "We have an excellent executive chef, Greg Buchanan, and we're going to add wood-fired pizzas, a larger selection of our famous wings. He's gotten some great new recipes, new sandwiches and entrees. We're just kind of using the winter as a developmental winter."

So don't look for Vine Street to reopen this year. Still, Daly promises, "We're not going to go backwards. We've gotten some PPP, we've gotten some government assistance, so we're going to use the winter as a time to train and really get ready for next summer."

While Daly is confident that both Vine Street and Mountain Sun will be back, the future of some other Denver favorites is not as clear. Benny's Restaurant & Cantina remains shuttered, as does Beatrice & Woodsley; both The Way Back and Chow Morso appear to be closed for good.

There's one comeback on the horizon, though. Ophelia's Electric Soapbox, the venue/restaurant at 1215 20th Street from restaurateur Justin Cucci's Edible Beats group, which also runs Root Down, Linger, El Five and Vital Root, is "getting a little makeover right now," according to marketing and social media manager Julianna Perczuk. "We're working hard and getting our hands dirty to open our favorite venue back up!"

What other restaurants are you waiting to see return? Post a comment or email [email protected]
KEEP WESTWORD FREE... Since we started Westword, it has been defined as the free, independent voice of Denver, and we'd like to keep it that way. With local media under siege, it's more important than ever for us to rally support behind funding our local journalism. You can help by participating in our "I Support" program, allowing us to keep offering readers access to our incisive coverage of local news, food and culture with no paywalls.
Make a one-time donation today for as little as $1.