Activists Rally to Save Community Hub, the Whittier Cafe 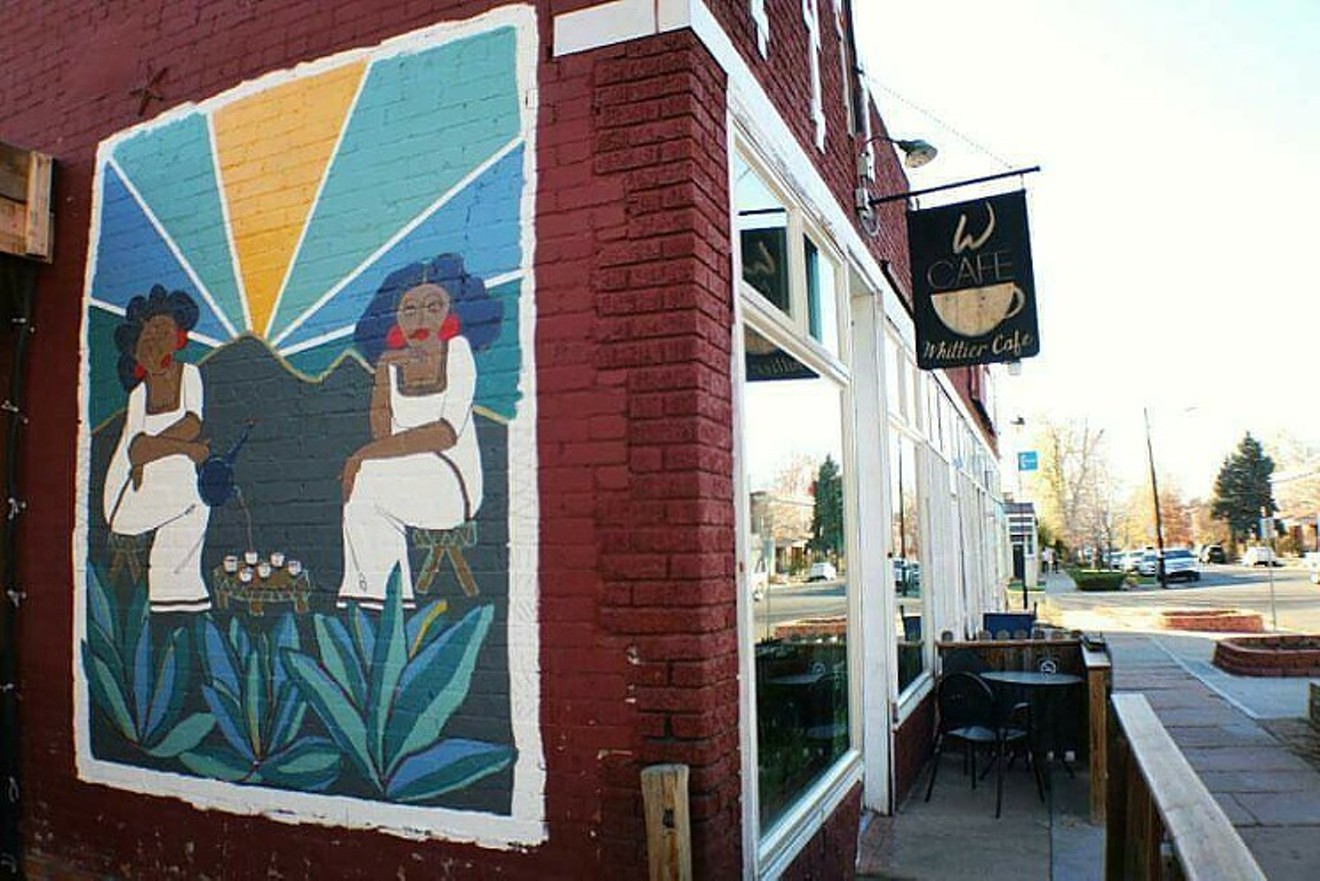 Whittier Cafe Facebook page
In the Best of Denver 2019, we named Whittier Cafe the Best Coffee Shop for Activists. Now the community leaders and activists who gather there are rallying for a new cause: saving Whittier Cafe.

The coffeehouse opened in 2014 at 1710 East 25th Avenue, in the largely residential neighborhood of Whittier, and quickly became a gathering place for community organizers, including the local chapter of Black Lives Matter. Musicians, performers and politicians use the cafe for everything from open mics to planning door-to-door campaigns; students from nearby Manual High School come here to do homework.

But on June 2, owner Millete Birhanemaskel posted a warning on the Whittier Cafe Facebook page that the building could soon be sold: "Community, Whittier Cafe is in jeopardy due to the building's pending sale. Any lawyers in the community willing to help?"

The answer? Yes. Commenting on that post, supporters offered advice and the names of their lawyers; some said they'd write letters to local politicians, and one suggested that fans of the cafe try to purchase the building.

In her replies, Birhanemaskel expanded on her concerns, saying she'd received notice from the landlord through an email that the building was under contract with a potential buyer. Although the landlord did not mention terminating the lease, "I have a bad feeling," she said. "Lawyers can find loopholes."

The news of a possible closing comes a year after the cafe was vandalized with a racial slur. The outpouring of support she saw then and now is testament to the influence that Birhanemaskel and her small business have on the neighborhood.

"Whittier is kind of a community hub that's utilized as a social gathering place for the community to come together," says Tay Anderson, a recent graduate of Manual and an at-large candidate for the Denver School Board. The cafe provides a much-needed safe place for everybody, as well as a launching point for progressive candidates, Anderson notes, citing Denver City Council rep-elect Candi CdeBaca. And it also has amazing coffee, he adds.

"I consider Whittier a central gathering place in the community," says community organizer Danny Mazur. "Millete is a leader who attracts creatives and change makers from all different backgrounds to host events, break down social barriers, and try to make this rapidly changing Denver community a little more human." Events that focus on social justice facilitate important conversations about race, ethnicity, gentrification and gender, while on Sundays an Ethiopian coffee ceremony shares culture.

"Millete provides and takes care of everybody," concludes Anderson. "She's a champion of our community. She's uplifting all of Whittier — not for the profit, but for the people."
KEEP WESTWORD FREE... Since we started Westword, it has been defined as the free, independent voice of Denver, and we'd like to keep it that way. With local media under siege, it's more important than ever for us to rally support behind funding our local journalism. You can help by participating in our "I Support" program, allowing us to keep offering readers access to our incisive coverage of local news, food and culture with no paywalls.
Make a one-time donation today for as little as $1.