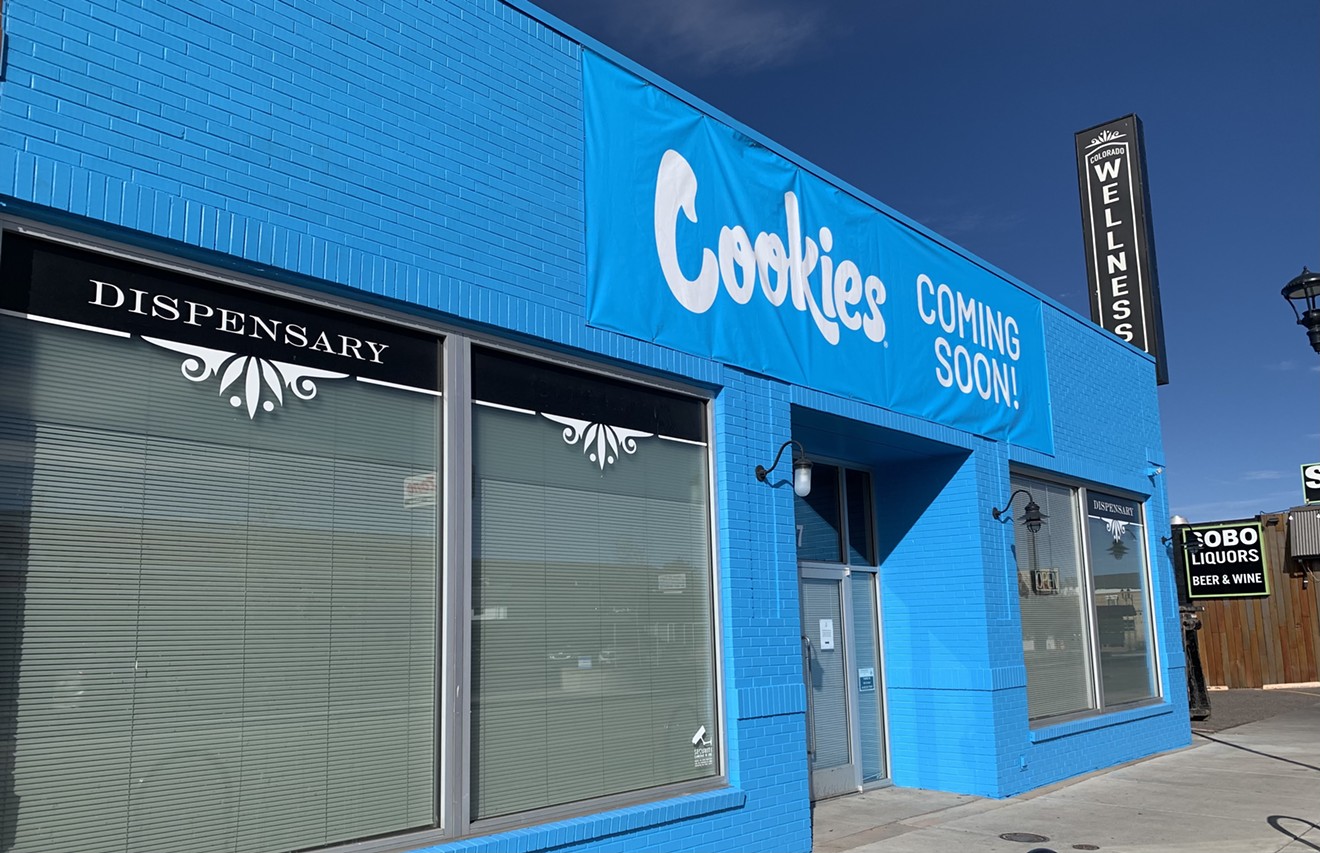 The store, located at 2057 South Broadway, is slated for an official opening on Thursday, November 5, according to the California-based cannabis brand.

Founded by cannabis breeders Jigga and Berner, whose original cut of Girl Scout Cookies seeded the roots for one of America's most popular strain lineups, Cookies has grown into a network of storefronts and licensing deals across the country. Although Jigga and Berner adopted more generic names of baked goods after launching their cannabis brand — the Girl Scouts of America had threatened legal action against dispensaries selling the strain — the new titles haven't hurt Cookies' popularity. There are now over a dozen Cookies dispensaries in California, and the brand has licensing deals to sell its famous genetics in Maryland, Massachusetts, Michigan, Nevada, Washington and Oregon.

Official Cookies strains have been available in Colorado since May through a licensing deal with Veritas Fine Cannabis. According to Cookies marketing executive Brittany Carr, other Colorado cannabis retailers selling Cookies products can continue to do so for the foreseeable future; Carr declined to comment on the length of the deal with Veritas.

The Cookies store will carry the same strains that Colorado cannabis consumers have become familiar with since May, including Gary Payton, Georgia Pie and Cheetah Piss. Carr says that the dispensary will also offer exclusive and early Cookies strain drops, and sell flower and products from other local brands as well.
KEEP WESTWORD FREE... Since we started Westword, it has been defined as the free, independent voice of Denver, and we'd like to keep it that way. With local media under siege, it's more important than ever for us to rally support behind funding our local journalism. You can help by participating in our "I Support" program, allowing us to keep offering readers access to our incisive coverage of local news, food and culture with no paywalls.
Make a one-time donation today for as little as $1.