The Politics of Defending the Sex-Offender Registry

Getty Images
U.S. District Court Judge Richard Matsch recently ruled that Colorado's sex-offender registry violates the due-process rights of three plaintiffs, thereby amounting to cruel and unusual punishment. Boulder attorney Alison Ruttenberg, who's kept the case going for the past four years, lauded this decision because it acknowledged that treating every person on the registry like a violent child predator was patently unfair. But she's not surprised that Colorado Attorney General Cynthia Coffman has announced her intention to appeal the decision, especially given rumors that she's weighing a run for Colorado governor in 2018.

"I don't know what her future political plans are," Ruttenberg says, "but I'm sure politics weighed in at some level on her decision. And that's unfortunate, because sex offenders are so hated and so misunderstood that nobody can protect them. It's just politically inexpedient to do so. The state court judges can't even protect them, because they're so worried about their retention elections coming up."

By current Colorado law, as we've reported, sex offenders must register with law enforcement on an annual basis, as well as each time they relocate. In addition, those convicted of child sex crimes are required to give authorities all of their email addresses and chat-room identities — and much of this information is available to any web surfer via the Colorado Bureau of Investigation's website.

Critics have long argued that this system is mainly about afflicting "retribution or additional punishment," in a phrase quoted by Matsch. Likewise, the plaintiffs represented by Ruttenberg — David Millard, Eugene Knight and Arturo Vega — say they've been subjected to widespread community ostracism and more, with no way to move forward. Vega, for instance, has a single offense on his record, dating from when he was just thirteen. But even though he hasn't committed another sex crime since then, he's been rejected in two attempts to petition off the registry. 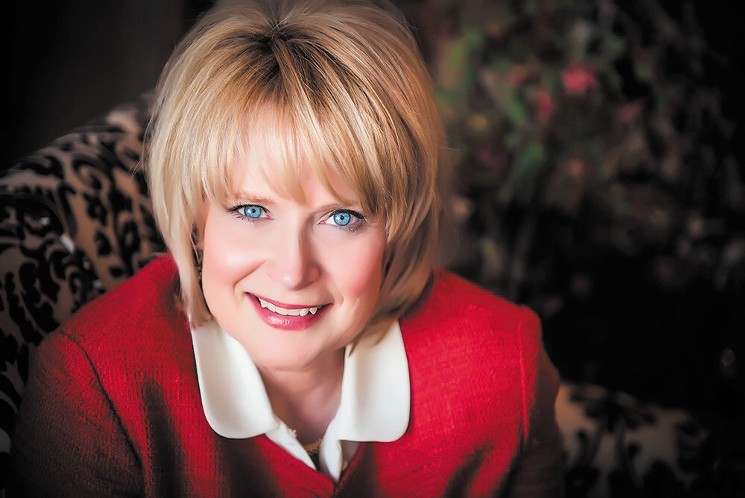 Colorado Attorney General Cynthia Coffman is said to be weighing a run for governor in 2018.
File photo
Matsch's ruling only affects Millard, Knight and Vega, but the language he used certainly suggests the potential for wider utilization. "There is a rational relationship between the registration requirements and the legislative purpose of giving members of the public the opportunity to protect themselves and their children from sex offenses," he wrote. "But what the plaintiffs have shown is that the public has been given, commonly exercises, and has exercised against these plaintiffs the power to inflict punishments beyond those imposed through the courts, and to do so arbitrarily and with no notice, no procedural protections and no limitations or parameters on their actions other than the potential for prosecution if their actions would be a crime."

He concluded: "The fear that pervades the public reaction to sex offenses — particularly as to children — generates reactions that are cruel and in disregard of any objective assessment of the individual’s actual proclivity to commit new sex offenses. The failure to make any individual assessment is a fundamental flaw in the system."

Coffman doesn't buy that, as she made clear in a statement accompanying news of the appeal. "As Attorney General, protecting victims is one of the most critically important parts of my job,” she maintained. "Colorado, its forty-nine sister states, and the federal government all have sex offender registry laws in place to inform the public and protect them from sexual offenders who have been found guilty of sexual crimes, including heinous crimes against children. Survivors of sexual assault are forever impacted by the trauma they have experienced, and we must never lose sight of the responsibility we have to prevent the victimization of more innocent people."

These words strike Ruttenberg as predictable yet frustrating. "The family members of homicide victims are forever impacted and scarred and have a lot of difficulties, but we don't have a registry for homicides," she stresses. "We don't have registries for child abuse resulting in death, domestic violence or those sorts of crimes, either. Registries don't keep the public safe, and they don't help victims heal."

Boulder attorney Alison Ruttenberg originally filed the challenge to the sex-offender registry in 2013.
File photo
In Ruttenberg's view, Coffman is "conflating two completely separate issues, and there's no logical connections between the two. That's one of the fallacies of the sex offender registry — that somehow it's keeping the public safe. It isn't." Moreover, she goes on, Coffman's reference to "heinous crimes against children" leads "the general public to conclude that if somebody's on the registry, they're a violent repeat molester who's going to come get their children, which isn't true in the vast majority of cases. That's why the men and women on the registry experience so much harassment and vigilante activism against them — and I think it's actually irresponsible of the attorney general to be promoting those kinds of misstatements and broad generalizations."

Of course, this approach is typical of the way sex offenders are discussed in the political sphere. For our previous post, Ruttenberg pointed out that Congressman Mike Coffman, the attorney general's spouse for twelve years (they filed for divorce this past June), used 2016 opponent Morgan Carroll's effort to reform sex-offender laws against her in the campaign: "He ran on a platform that she was this 'friend of dangerous sex offenders' and she didn't care about public safety."

If AG Coffman pulls the trigger on a gubernatorial bid, she wouldn't want to provide similar ammunition to rivals. Hence the appeal, which she said will turn on what she sees as "several legal errors" in Matsch's legal ruling.

For her part, Ruttenberg is confident "the facts are on my side — but Judge Matsch is still in the minority of jurisdictions" when it comes to his views on sex-offender registries. "Here's hoping we shift to the majority within the next couple of years. But my work is cut out for me in the 10th Circuit," where the appeal will be heard. "I'm not going to deny that — and I certainly hope to have help from some appellate specialists among my colleagues."