Fifth Death on Colorado's Most Dangerous Fourteener in 43 Days 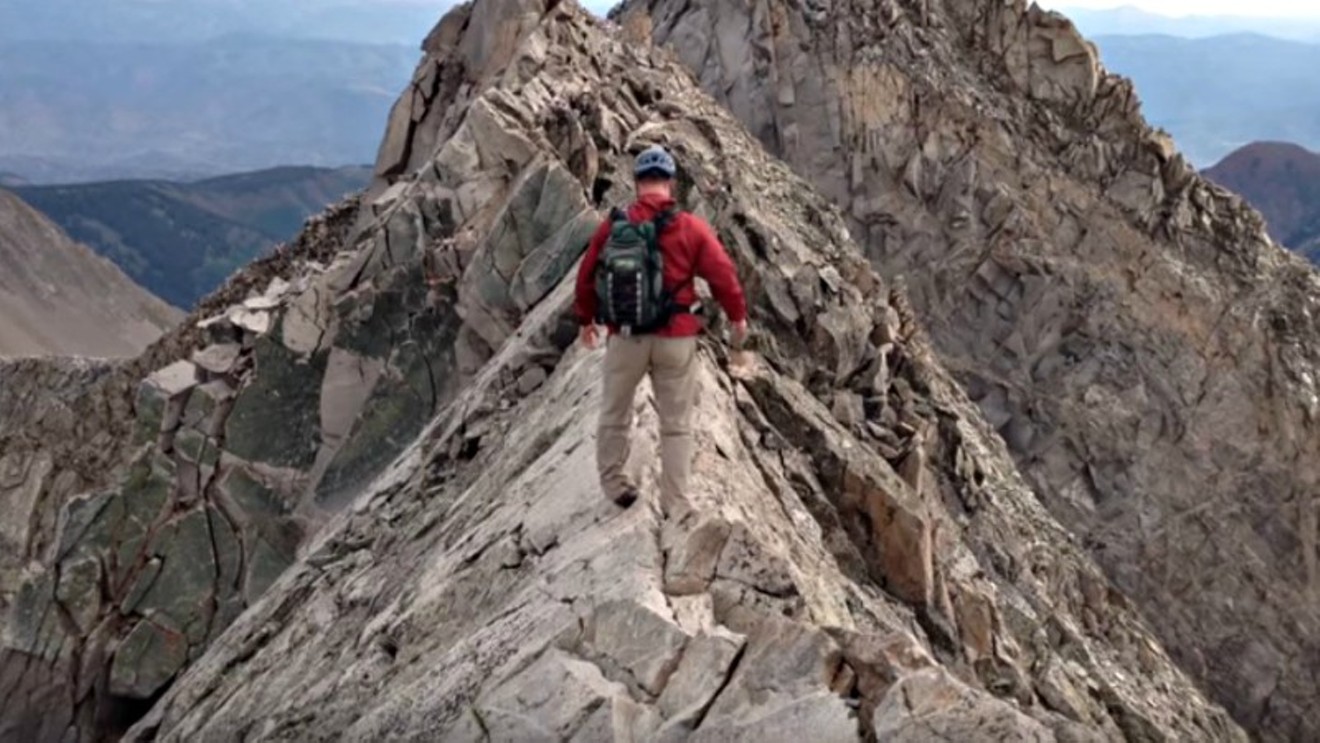 The title of the YouTube video from which this screen capture was grabbed is "Capitol Peak: Knife's Edge, No Hands." YouTube
Update: The man who died after falling from Capitol Peak on August 26 has been identified as Zackaria White, a 21-year-old from Pine, Colorado. Continue for our previous coverage.

As we've reported, the first Capitol Peak death of 2017 took place on July 15, when Parker's Jake Lord lost his life there. Another Parker resident, Jeremy Shull, perished while climbing the Knife's Edge portion of the peak on August 6.

Then, on August 22, the bodies of Ryan Marcil and Carlin Brightwell, a young couple planning to marry, were found at the base of Capitol Peak. On August 25, the day before the latest tragedy, an emotional public remembrance for the pair was held at Aspen's Herron Park.

As for the latest incident, the Pitkin County Sheriff's Office reveals that it followed a disagreement over descent routes from the Knife's Edge between two climbing partners. The importance of choosing the right path down a fourteener was among the ten safety tips highlighted by Lloyd Athearn, executive director of the Colorado Fourteeners Initiative, in our post about the Marcil-Brightwell accident.

The latest death took place one day after a memorial for the previous two victims, Ryan Marcil and Carlin Brightwell.
Facebook
"When you go up a mountain, unless you're consciously stopping and turning around and saying, 'This is what the view looks like when you're going down,' you might come down a route you didn't come up," Athearn told us. "You might think it's the same, but if you're not clear about where you are, you could be dealing with loose rock on the way down that you didn't see on the way up. And that can be a pretty lethal combination."

According to PCSO deputy Anthony Todaro, law enforcers learned about the missing climber at 8:45 a.m. yesterday, August 27. The reporting party, Brandon Wilhelm of Pine, said he and his climbing buddy successfully summited the peak at around 3 p.m. on the 26th. But about 45 minutes later, by Wilhelm's estimate, they split near the Knife's Edge, with his friend choosing to turn left and head in the direction of Capitol Lake, even though he knew he'd soon encounter a cliff band, Todaro notes. Wilhelm reached out to the sheriff's office the next morning when the climber hadn't returned.

At that point, volunteers from Mountain Rescue Aspen and the Summit County Flight for Life team were notified about the situation, and at 12:18 p.m., by the PCSO's estimate, a foot patrol from the chopper squad discovered the man, who was unconscious and unresponsive. Responders believe he fell from a height of between 600 and 700 feet.

Following this grim finding, a recovery effort was launched. It was completed by 8:30 p.m. last night. 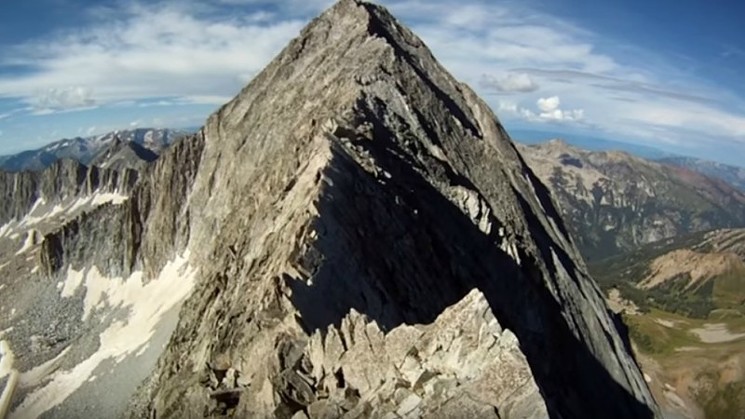 Another look at the Knife's Edge.
YouTube
A statement about the fatality reads: "The Pitkin County Sheriff’s Office cannot stress enough the importance of knowing your route, being prepared for changes in weather conditions, and overall, knowing the risks involved with mountain activities. There is not an alternate route down the North Face of Capitol Peak unless you have extensive climbing experience and all the necessary ropes and gear associated with high angle mountain climbing. If there was a safe shortcut, it would be the standard route."

This message was reinforced by statements on the Colorado Fourteeners Initiative Facebook page.

"STAY ON ROUTE AND DO NOT DESCEND NORTH FACE!" one person posted. "We are losing people scaling straight across K2 to Knife Edge instead of descending to stay on route, then ascending back up to Knife's Edge and also trying to descend North Face. Our last 3 climbers perished on North Face.... My heart is broken for the family and friends of this climber. Please pay attention, be safe and stay alive out there! We leave nothing but complete devastation for our loved ones when this happens to one of us."

Added another poster: "My heart is truly broken reading these reports. It makes me rethink my opposition to a maintained static line on Knife's Edge.... Friends, Please Know Your Route Options, Have A Tentative Plan With Friends/Family & The Essential Ten!!!! And please don't be offended by my post. I'm just saddened and shocked that 5 of the 9 fatalities that occurred on Capitol Peak since 2000 happened this summer. My only motivation is to reinforce safety and share my sympathies."

The latest victim will be publicly identified after next-of-kin notification.