Joe Arridy Was the Happiest Man on Death Row 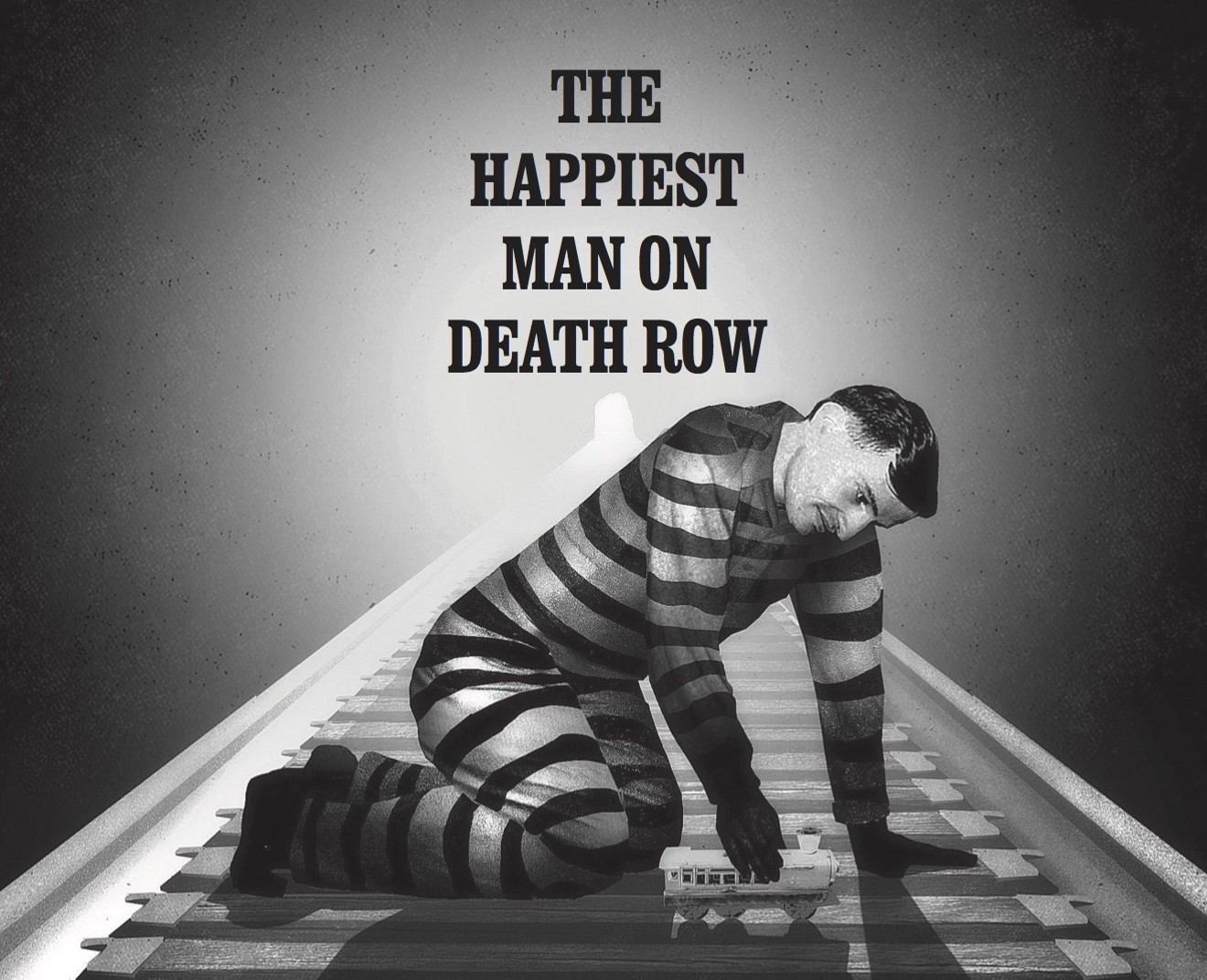 Joe Arridy didn't ask for a last meal. It's doubtful that he even understood the concept.

He was 23 years old and had an IQ of 46. He knew about eating and playing and trains, things you could see and smell and experience. But abstractions, like God and justice and evil, eluded him. The doctors called him an imbecile — in those days, a clinical term for someone who has the mental capacity of a child between four and six years old, someone considered more capable than an idiot but not quite as swift as a moron.

The newspapers of the 1930s had other names for him. "Feeble-minded killer." "Weak-witted sex slayer." "Perverted maniac."

Like Ricky Ray Rector, the lobotomized Arkansas killer who told his executioners that he was saving a slice of pecan pie in his cell "for later," Arridy had trouble grasping the finality of what was about to happen to him. The mystery of death had baffled much deeper thinkers than Joe Arridy. How could he be expected to fathom the ritual of a last meal?

So when they told him he could eat what he wanted, he asked for ice cream. Lots of ice cream. Ice cream all day long. Ice cream and his toy train — that was Joe's idea of fun.

Hour after hour, day after day, Arridy would reach through the bars of his cell and send his wind-up train chugging down the corridor of death row in the Colorado State Penitentiary. Other condemned prisoners would reach out from their cells, cause diversions and train wrecks and rescues that made Arridy laugh, then send the train back to its delighted owner for another go-round.

But on the last day, the day of ice cream — January 6, 1939 — the train's busy schedule was interrupted by a farewell visit from Joe's mother, aunt, cousin and fourteen-year-old sister. His mother shuddered and sobbed. Dry-eyed and perplexed, Joe stared at her. Then the women left, and Joe returned to his train.

That evening, the warden, Roy Best, and the prison chaplain, Father Albert Schaller, dropped in to prepare Arridy for the journey ahead. Minutes earlier, the Colorado Supreme Court had denied a final petition for a stay of execution by a vote of four to three, and Governor Teller Ammons had ordered Best to proceed with the sentence. Father Schaller told Arridy that he would have to give up his train, but he'd be swapping it for a golden harp.

That was fine with Joe. He doled out his favorite possessions on the spot: the train to another prisoner, a shiny tin plate to Warden Best, a toy auto to the warden's nephew.

Best, Schaller and Arridy began the slow walk to the gas chamber, located on a hill above the penitentiary. There was no last-minute call for pardon from the governor's office, a call that could have saved the life of Joe Arridy — and saved the State of Colorado from committing one of the most shameful executions in the nation's history.

The call didn't come that night. It wouldn't arrive for another 72 years.

In the spring of 1992, a friend sent Robert Perske a copy of "The Clinic," a long out-of-print poem by an obscure poet about a forgotten execution. It began:

The Warden wept before the lethal beans

Were dropped that night in the airless room

The poem went on to describe a doomed man who did not weep, but simply played with his toy train. "The man you kill tonight," the warden writes, "is six years old. He has no idea why he dies."

Perske had grown up in south Denver and served as a Navy radio operator in World War II. After the war, he'd become a Methodist minister and worked for eleven years as a chaplain at the Kansas Neurological Institute, an institution for children with intellectual disabilities. As efforts to end the warehousing of the disabled gained momentum in the 1960s and 1970s, Perske became a self-described "street-court-and-prison worker," advocating for this vulnerable population's right to live in the community. He also became deeply involved in challenging false confessions from mentally disadvantaged suspects, admitting to crimes they had not committed.

The poem about the train haunted Perske. Had there actually been such a case? He tracked down the poet, Marguerite Young. She told him that, yes, the poem had been inspired by a newspaper article she'd read, but she couldn't recall the details. After some additional sleuthing, Perske was stunned to discover that the execution had taken place a hundred miles from where he grew up. He had been eleven years old when the "lethal beans" — cyanide pellets, plunged into acid to produce a deadly gas — dropped for Joe Arridy.

Arridy was from Pueblo, and he'd been found guilty of one of the most horrific crimes in the tough steel-mill town's history: the rape and ax murder of fifteen-year-old Dorothy Drain, the daughter of a prominent local official and granddaughter of a former state legislator. News accounts described how Arridy, an escapee from a home for the feeble-minded, had confessed to the attack, re-enacted it for police at the crime scene and fingered his partner, Frank Aguilar, a Mexican immigrant. Both men got the gas for their deeds. Then the story faded from the headlines, replaced by fresh atrocities.