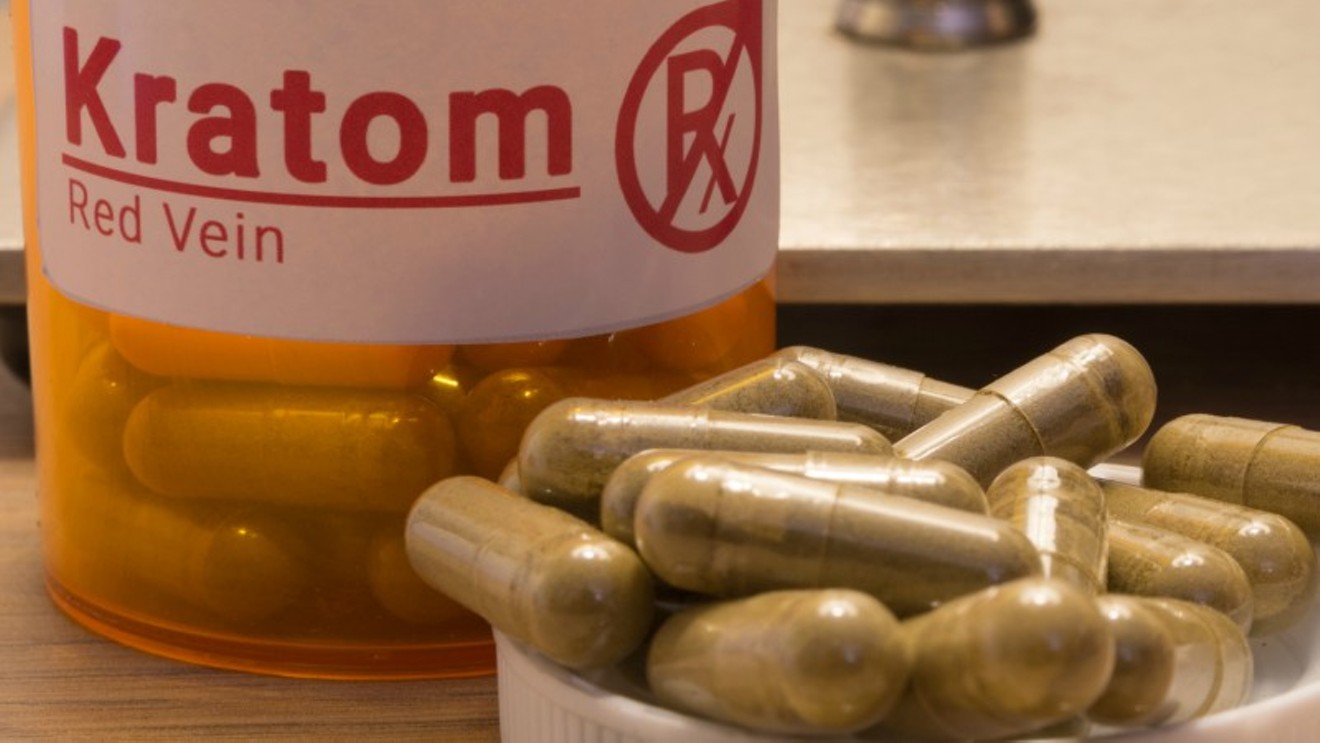 Getty Images
After Denver Environmental Health prohibited sales of kratom for human consumption in the wake of a U.S. Food and Drug Administration alert late last year, advocates for the plant-based pain reliever spoke out, with many saying the product had helped them kick addictions to powerful opioids, including heroin. These testimonials are echoed by Roxanne Gullikson, facility director for Portland, Maine's Greener Pastures Holisticare, a residential treatment center opening next month that will use kratom in combination with marijuana as part of a formal and comprehensive addiction treatment regimen. To her, Denver's ban is both unjustified and potentially damaging.

"It's very counterintuitive," Gullikson says. "With the rising rates of deaths by overdoses, we need to have all options on the table. And certainly, removing one that's non-toxic and non-lethal makes no sense at all."

The federal government has another point of view. Indeed, the Drug Enforcement Administration took steps to reclassify kratom as a Schedule I narcotic before reversing course in 2017, after approximately 140,000 people signed a White House petition against the DEA's proposal and a group of 51 U.S. senators and representatives sent a letter of protest to acting DEA head Chuck Rosenberg. But in November, just prior to Denver implementing its ban, FDA Commissioner Scott Gottlieb issued a health advisory in which he cited 36 deaths "associated with the use of kratom-containing products."

Kratom proponents have taken shots at this figure, arguing that other substances present in the system of victims were actually responsible for the deaths. For her part, Gullikson sees kratom as infinitely less addictive than heroin and other drugs her clients want to rid from their lives — so much so that she compares it to the sort of stuff served at your friendly neighborhood Starbucks.

"Some people can become dependent on kratom for two simple reasons," she allows. "One is that it works, and as humans, we're naturally attracted to anything that works. But it's also a plant in the coffee family, and coffee can have that effect, too." 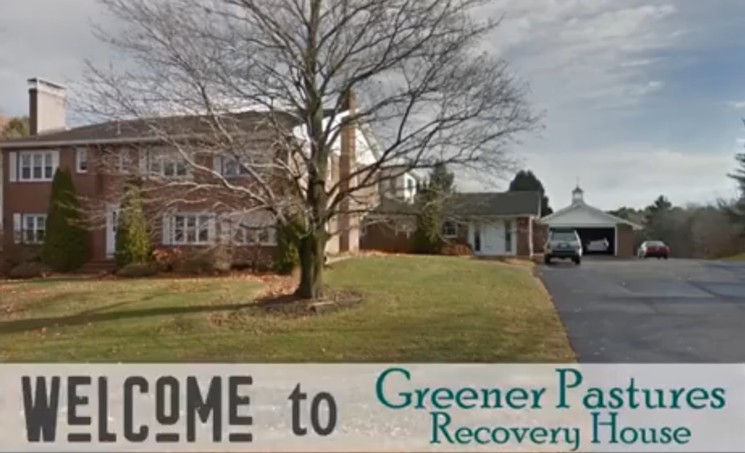 A look at Greener Pastures.
Facebook
She adds, "If you don't use kratom mindfully, it does have factors where you can build a tolerance to it — so if you're using a lot of it, you need higher amounts. But I personally know people who take high doses of kratom every day and it's done nothing but give them their lives back, because they're not using the pharmaceutical that turned them into addicts. You don't see that with kratom users at all."

How is kratom used in the treatment approach developed by Greener Pastures, where Gullikson teams with her husband, program director Ron Figaratto?

"It really comes into play in the early stages of acute opiate withdrawal, where the symptoms are most harmful," she replies. "People use kratom to address the most severe symptoms, and it works to alleviate pain and the stomach issues that come with opiate withdrawal. It's almost part of the detox process, where they finally stop taking the opiate and have nothing in their system. It works great in this early stage."

In the beginning, "we start with a higher dose of kratom, which may seem somewhat paradoxical," she goes on. "It's not an FDA-approved approach; it's unique and individual to every person. But at higher doses, kratom most closely replicates the effect they're getting from opiates, even though it's herbal. It connects to the delta opioid receptors in the brain and soothes the body, soothes the mind and eases the acute withdrawal symptoms. And at higher doses, it also serves to avoid the dope sickness that is typical in early recovery from opiates."

As clients move deeper into recovery, Gullikson continues, "our goal is to knock that dose down — decrease it over time so a person doesn't become dependent on it. It's not a replacement for opiates. It's a tool to quit them."

Roxanne Gullikson is the facility director for Greener Pastures.
greenerpasturesholisticare.com
Once people get past the acute phase of withdrawal, "we introduce cannabis into the protocol," she notes. "We introduce the essential oils from the plant in the form of tinctures. Cannabis is a neuro-protectant; it serves to protect and generate new brain activity that was really destroyed by drug use. So as the kratom dosage is coming down, we seek to increase the cannabis dosing until we find the amount that's most therapeutic for each individual. It can be tricky, because there's very little written in literature other than our own experience — our four-to-five years as caregivers in the Maine program. But we've had great success taking a holistic approach — looking at the whole person as a unique individual."

Kratom can also be useful to former addicts when it comes to future hospitalizations, Gullikson says. "We have counseled patients in recovery facing a surgery who are terrified of waking up with a morphine pump in their arm — afraid that it could send them back into active addiction. And this has happened. We've had patients tell their doctor, 'I can't do opiates. It would be dangerous.' And then they wake up with pain medication connected to them. So having a supply of kratom on hand to address their pain can be very important."

As for why the feds are so anti-kratom, Gullikson sees it as "more of a political stance. A lot of nutraceuticals and botanicals aren't FDA-approved because a plant can't be monetized. The money isn't there, because no pharmaceutical company can take ownership of it and make millions."

At the same time, Gullikson suggests that those thinking about using kratom take some common-sense steps first. "You should know the source of the kratom: Obtain the lab results from where it was tested so you know about its purity and efficacy. And just like with any cannabis product, you should start low and go slow to find your therapeutic dose. You don't want to blast past a dosage that would work well for you."

If you live in a community where consuming it's legal, that is.