Standing Rock and Red Fawn Fallis: What's Next and How to Stay Involved

Facebook — Free Red Fawn
Denver has significant ties to Standing Rock and the resistance movement against the Dakota Access Pipeline. Many people, including members of indigenous groups in Denver like the American Indian Movement of Colorado (AIM) and delegations from non-native groups like Black Lives Matter 5280, traveled the hundreds of miles from Colorado to the Oceti Sakowin camp in North Dakota before the camp was forcibly evacuated by the government in February. That month, hundreds of demonstrators in Denver also shut down a downtown branch of Wells Fargo (a bank that helped fund the DAPL project) with demands that Wells Fargo divest from DAPL or that the City of Denver end its financial arrangements with Wells Fargo, similar to Seattle's divestment of $3 billion from the bank in protest over the DAPL project. Finally, a local member of the indigenous community named Red Fawn Fallis has been in jail since she was arrested on October 27; she is accused of discharging a firearm while being restrained by police at Standing Rock.

The ties between Denver and Standing Rock are among the reasons why over 150 people gathered at the Mercury Cafe on Sunday, April 9, for a benefit concert and discussion by local leaders on what’s next for the Standing Rock movement and Fallis as she fights her charges.

Between ceremonial prayers and musical performances by both Native and non-Native musicians, including David Booker, Joseph Medicine Robe, Plenty Wolf Singers and Hustle Kings, the crowd learned about developments in the legal battles stemming from confrontations between police and protesters at Standing Rock.

Angela Bibens, who lives in Colorado, was among a team of attorneys who spent months in North Dakota.

“We still have over 750 cases pending," Bibens told the audience at the Merc.

Angela Bibens at the Mercury Cafe.
Chris Walker
Many of the cases are being heard in Morton County, North Dakota, and Bibens said that the backlog has overwhelmed the three-room courthouse there.

Meanwhile, she continued, “the FBI’s Joint Terrorism Task Force is conducting an investigation of water protectors…so we don’t know what else is going to come."

Next up to speak was AIM of Colorado organizer Glenn Morris, who gave the audience some context about Standing Rock and how it fits into a centuries-long narrative of Native resistance.

“What’s generally not understood about this struggle is that this didn’t start at Standing Rock with this pipeline.... There’s been Native resistance since Columbus got lost and showed up,” Morris said. “This is just the latest chapter."

Morris explained how the DAPL project goes through land that had been Indian country under the 1851 and 1868 Fort Laramie treaties.

“Those were systematically violated by the United States almost immediately after they were signed,” said Morris. “But what made this struggle different was that it was the largest mass defense by indigenous people since Wounded Knee in 1973."

The solidarity among protesters at Standing Rock will be needed for future fights, Morris said, including the one against the Keystone XL Pipeline project. Morris pointed out that there are also local corporations in Colorado associated with invasive oil activities on Native lands.

“Right in your own community, you have the Suncor Refinery in Commerce City,” Morris pointed out.

He explained that some of the oil refined at Suncor comes from the tar sands of Alberta, Canada, and “it’s the dirtiest, filthiest oil on earth, and they refine it in your city. And then when there are accidents, it goes into the air and the Platte River. So we don’t have to go to Standing Rock; we can go fifteen minutes from where you’re seated. It’s all interconnected."

Glenn Morris delivering the latest news on Red Fawn Fallis.
Chris Walker
Morris also delivered updates on the case of Fallis, with whom Morris said he has been talking three to four times a week, including on Sunday morning before the event at the Mercury.

“She asked me to send a message: ‘I’m strong and I’m going to continue to be strong, and I’m going to fight, because we can do no less. All of our ancestors did no less so that we could be here today,'" said Morris.

Fallis is being held in a jail in Rugby, North Dakota, roughly fifty miles from the U.S.-Canada border.

“The reason why we focus on her — in addition to her being from this community and being an inspiration here — is that she’s the most seriously charged water protector,” said Morris. “They’re seeking life imprisonment for her." 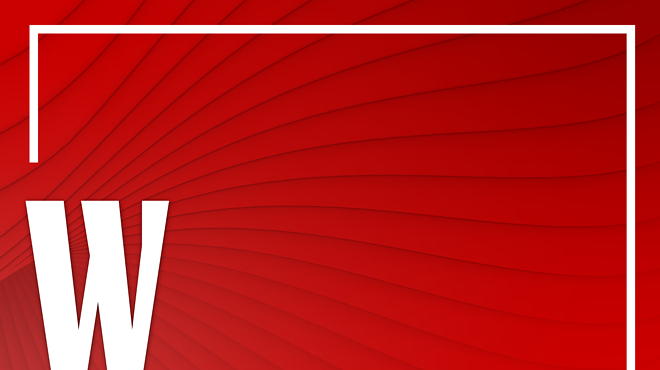 That includes three felony charges related to possessing and discharging a firearm toward law enforcement personnel — charges that Fallis and her lawyers contest.

A widely circulated video of the encounter between Fallis and police officers on October 27 along the front lines of the Standing Rock protests is ambiguous; some observers point to the video as evidence of Fallis’s innocence, while others say it shows she fired a gun (though a gun cannot be clearly seen).

“We encourage all of you to come. In fact, we’re going to organize a caravan from Denver. We’re going to fill the courthouse, because that’s the way we roll in AIM," he said. “If they think that they’re going to put our sister on trial without putting themselves on trial, then they’re mistaken. We intend to put the United States of America on trial."

David Booker performs at the benefit concert.
Chris Walker
Morris also revealed that Fallis will have a hearing on her motion for pre-trial release this week, though the specific day and time have not been determined.

“She’s at the top of the list [for pre-trial release]. But the government is objecting," said Morris. “She wants to come back for her mother’s memorial in May, so it would be great to have her back in the community for just a day or two."

Morris, Bibens and others thanked the attendees at the Mercury for their support, but they added that much more help will be needed to mount successful legal defenses for the various cases related to the Standing Rock protest.

Morris said that in Fallis's case, a quarter of a million dollars will be needed to bring in expert witnesses and to cover things like travel expenses for her team of lawyers.

“But her slogan is 'Never surrender,' and she never will," he said, adding that during recent travels, he saw people wearing "Free Red Fawn" T-shirts in stops from New Zealand to Papua New Guinea to Hawaii.

“This is a global movement, and all of the Trumpsters in the world can’t stop it."

He encouraged people to stay involved and to support the indigenous community by attending weekly planning meetings at the Four Winds American Indian Council, at Fifth Avenue and Bannock Street, every Wednesday evening at 7 p.m.