A teacher's strike in Oklahoma brought out large crowds. YouTube
With more and more Denver-area school districts choosing to close on April 26 and 27 because of planned teacher walkouts over low pay and poor classroom funding, and protests over teacher pay in places such as Oklahoma raising passions nationwide, two Republican legislators have introduced a bill that could potentially jail striking teachers in Colorado for up to six months. All four Democratic candidates for governor on the June primary ballot are aghast at the notion, with former state senator Mike Johnston, who initially sounded the alarm, leading the charge. But only one of the three GOP hopefuls who made the ballot responded to Westword's question about the measure.

The intro adds: "In the event of a strike or the imminent threat of a strike in violation of the bill, the public school employer is authorized to seek an injunction from the district court. Failure by a public school teacher or teacher organization to comply with the injunction constitutes contempt of court and may be punished with fines or up to six months in county jail, or both."

State senator Bob Gardner is one of the two main sponsors behind SB 18-264.
leg.colorado.gov
The bill was introduced on April 20 but received little attention before Johnston blasted it in an unusual weekend press release. "I first heard about it late Saturday or early Sunday," he says. "I'd been all around the state for other events, and because we've been focusing on how to solve the school-funding issue, we hadn't kept close eyes on the Capitol. But when it came up, and when I saw it was exactly the wrong solution to the problem, I thought it was important to speak up about it."

Prior to entering politics, Johnston worked as both a teacher and a principal. In his view, "Colorado has underfunded our schools for 25 years, to the tune of us having some of the lowest-paid teachers in the entire county. In places like Montezuma County, starting salaries are at $29,000, which is barely above minimum wage. We've got teachers who are saying, 'I was going to come back and teach, but I'm going to wait tables instead, because I can make more money that way.' We've had teachers who've dealt with pay freezes and pay cuts for years but they keep coming back to help kids — and the idea that our response should be to put them in jail is completely irresponsible."

Johnston is known as an education reformer, and both the Colorado Education Association and the Colorado chapter of the American Federation of Teachers, the two largest teacher unions in the state, look upon him with some trepidation. Both organizations gave their gubernatorial endorsement to former Democratic treasurer Cary Kennedy, and the platform agreed to at the state assembly earlier this month was seen as a repudiation of his policies. But he shrugs off such matters.

"I think the question the state cares the most about is, 'What are we going to do to actually fund our public schools effectively?'" he maintains. "When you don't do that, you get all sorts of in-fighting about who gets the crumbs off the table. But to me, that's a distraction from the real problem. You'll see that this week — people from public schools who are going to be saying, 'I want to work, but I want to work under better conditions.' I've been fighting for that steadfastly for the past five years, and I think we've put in place the right set of standards and assessments. Teachers are working hard to meet them, but we need to give them the right resources to implement them." 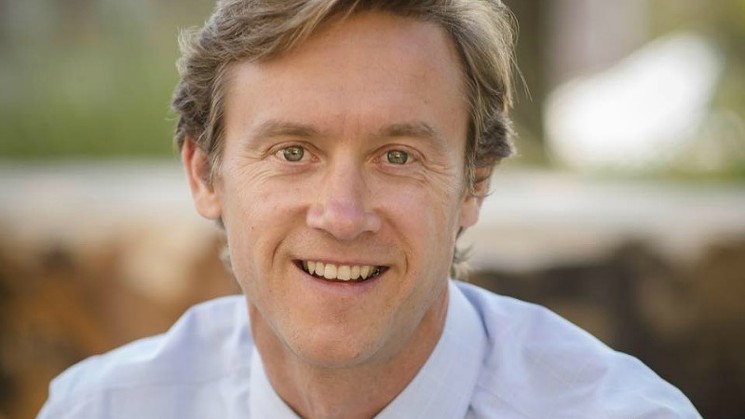 Former state senator Mike Johnston is running for governor.
File photo
Disagreements between the Dems aiming for the governor's office evaporate in the face of the new bill. Corresponding via email, Lieutenant Governor Donna Lynne writes, "I oppose SB 264, and think our elected officials should be working together to find solutions rather than running partisan bills that have no shot at passage. That Colorado teachers rank near the bottom nationally in compensation is one of many signs of a public education system that has been starved of necessary funding for too long. As governor, I will push for an adequate and effective funding model that prioritizes student success and will bring all sides together to negotiate a feasible, sustainable, long-term solution."

Kennedy's take via email: "The lack of investment in our educators is compromising public education in Colorado. We should support our teachers and pay them as professionals, not threaten them with jail time. This bill is an attack on more than just teachers, it is an attack on all of Colorado's working families and their right to organize."

Representative Jared Polis weighed in as well. His statement, also emailed to Westword, reads: "This is insanity. Colorado's public school teachers do an incredibly important job, and they aren't paid what they're worth. Republicans should be working with Democrats to solve that problem instead of criminalizing teachers' right to speak out and demand fair compensation. I will wear red on Friday in solidarity with our teachers and, if Congress lets out in time, join the rally in Denver."

He'll have company. Johnston notes that "I will be out there on the lines with teachers this week, showing my support for the fact that we need to lock arms and get school funding passed statewide." And expect to see Kennedy and Lynne very publicly backing teachers and their efforts, too.

Republican gubernatorial candidate Greg Lopez.
Facebook
As for the Republicans who'd like to be governor, we sent inquiries about the proposal to Colorado Treasurer Walker Stapleton, entrepreneur Victor Mitchell and former Parker mayor Greg Lopez, who shocked the political establishment by earning more than 30 percent of the vote at this month's GOP state assembly. Only Lopez spokesperson NJ Oliva has gotten back to us at this writing.

Oliva confirms in an email that he's read the bill and finds it "very interesting," adding that "Greg knows the environment is heated right now, whether it be gun-related or teacher/PERA-related."

Speaking for the candidate, Oliva states, "Greg certainly believes there is something between walking off the job to protest — and jail. He realizes the bill potentially takes non-compliance to incarceration, but the reality is, in Greg's view, [the bill is intended] to highlight the issue and give voice to the bill's sponsor and co-sponsor, who clearly feel strongly about it. And the news the bill will receive will certainly raise the issue to a higher altitude."

Lopez feels that "ultimately, teachers fail students when they walk off their jobs, and the school system fails teachers and parents when they tacitly endorse teachers walking off the job. Moreover, it sets a terrible example to abandon the students, when the students have no authority to resolve the grievances of the teachers. It's nothing more than 'pre-planned collateral damage' to the students.

If and when Stapleton and/or Mitchell get back to us, we'll update this post.