More Colorado Breweries Are Closing. What Does It Mean?

These closures have sparked discussion, as always, about whether Colorado has reached its saturation point when it comes to breweries. But the answer is much more complicated than that.

Nationwide, 165 breweries closed in 2017, up from 97 the previous year, according to recent numbers from the Brewers Association. But at least 997 breweries opened last year, up from 890 in 2016.

In Colorado, at least sixteen breweries closed in 2017 (depending on how you count them), with another four in 2018, including the three mentioned above. Some sold out, while others folded because of high rent or personal decisions by the owners; one moved in with another brewery.

But in that same sixteen-month period, 45 or so breweries have opened — thirty of them in 2017 and another fifteen so far in 2018; more than sixty others have plans to start pouring beer by the end of the year, according to the Colorado Brewery List, which tracks every Colorado brewery under construction. At least sixteen of those are within the city limits of Denver alone. 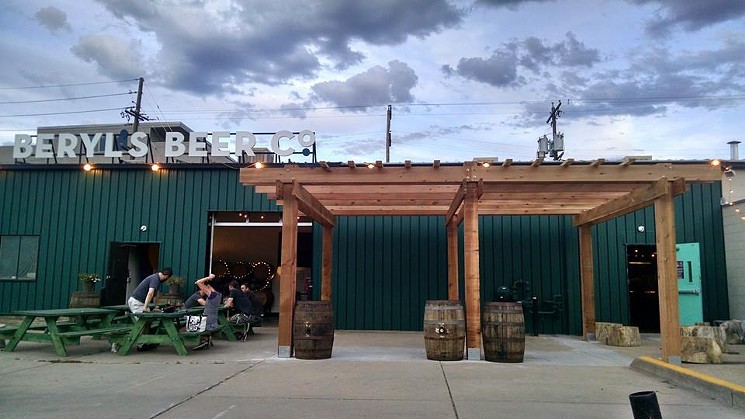 Beryl's Beer Company
Even more interesting is that, of the twenty breweries that have closed in Colorado since the beginning of 2017, at least eleven of them have been, or will be, replaced by another brewery — in the same exact space.

In Boulder, for instance, the Post Brewing took over the space occupied by Shine Brewing, while Boulder Beer Company moved into Walnut Brewery’s former location. In Fort Collins, Purpose Brewing replaced 1933 Brewing, while Red Truck Brewing is taking over the site once used by Fort Collins Brewery. And in the metro area, Peak to Peak Taphouse and Brewery will move into the former Mu Brewery building, Deep Draft Brewing made way for the Thirsty Monk, and Burns Family Artisan Ales is taking over the Wit’s End space.

So rather than an indicator of saturation, the brewery closures that have taken place recently appear to represent more of a shakeout among existing brewery owners, who are turning over their keys to a long line of would-be beer makers still eager to try their hand at the game.

More Colorado breweries will close in 2018 — perhaps a lot more. But we have yet to see the top of the mountain when it comes to numbers. While larger breweries may have to scale back, small breweries will continue to find homes in neighborhoods and towns for a long time.