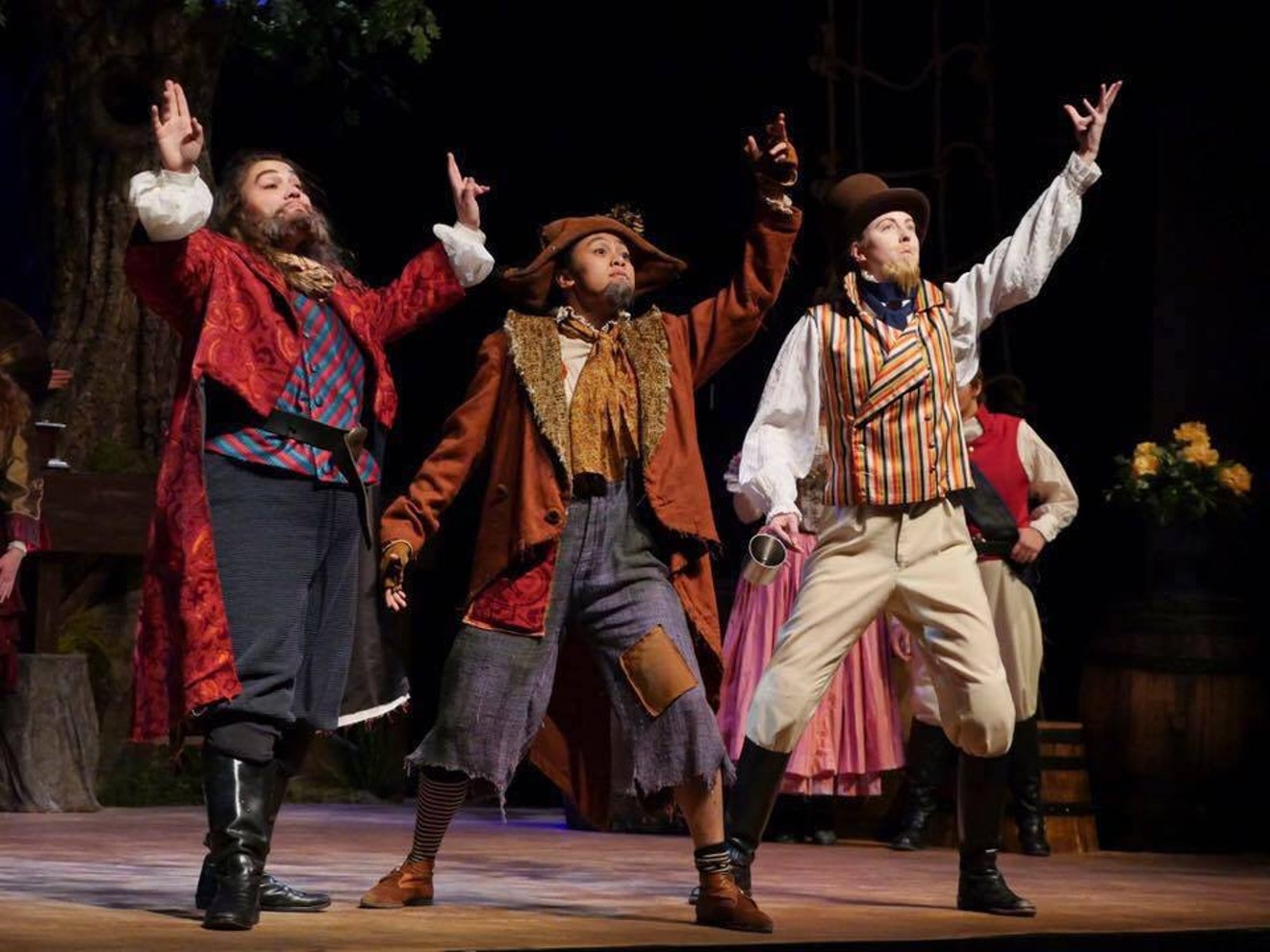 Performance is in Ayla Sullivan’s blood. Denver’s newest Youth Poet Laureate competed with the Minor Disturbance youth poetry slam team at the Brave New Voices national finals and is now a sophomore at the University of Colorado Boulder. Though young in years, Sullivan is not only a poet, but also an actor, singer and a non-binary LGBTQ, black and Vietnamese mixed-race activist. Look out, future: Ayla Sullivan has plenty to say about all of that and more, via the 100CC questionnaire.

My ultimate dream is to work with the greater network of youth poets I have met through Brave New Voices. I firmly believe that youth artists are the most vulnerable and truthful artists, which often makes their work the most nuanced and interesting. Artists who create for themselves and not for the competition are the only people I would like to work with. On the other hand, I also believe that art is at its best when it is interdisciplinary and is being created with people you genuinely love and respect. Of course, I’d love to work with big-name artists like Solange, Chance, Noname, Warsan Shire and my favorite band, Hiatus Kiayote. But I also want to work with my favorite people who made me the artist I am today and consistently push me to be better, which includes my Minor Disturbance teammates (Morgynne Tora, April Edwards, Max Huey, Abby Friesen-Johnson, Emery Vela, Berellyn Alberca); my mentors (Rebecca Preston, Mary McDonough, Toluwanimi Obiwole, Suzi Q. Smith, Ken Arkind, Franklin Cruz, Assetou Xango; my greater Denver poet family; my classmates in the University BFA Performance program; and the OG collaborator and my best friend, Aleah Bradshaw.

(Note that I am naming these poets because we need to name the people who lift us up so we can continue to support them and the art they produce. All these people are working artists and would love your money!)
What in the world is interesting to you right now, and why?

I know everybody and their mama is talking about Get Out right now, but I’ve never been so moved by every aspect of a film in a long time, and I saw it opening weekend! It’s stayed with me that long. I think the reason it affected me so much is because the film is an interdisciplinary experience with clear intention. Yes, it’s a film, but it also has a purposeful soundtrack, incredible visual moments, and I would argue there are moments of poetry in it, as well. The film is still being analyzed and is opening up doors to greater nuanced conversations about the role of anti-blackness, white liberalism and the exploitation of black women and their emotional labor. It’s also a strange and interesting moment when the only movie I’ve seen this year that is overwhelmingly affirming of my romantic and social experience (as a young adult in a predominantly white institution) is a horror film. And I know I’m not alone in that.

What's one art trend you want to see die this year?

This is not to say I want to end all poems about personal trauma. I want to end art that is speaking on a trauma that the artist is literally stealing from someone else in order to be provocative (or in slam terms, to get the most points). This includes but is not limited to: tactlessly raising the dead in your work to make a personal profit off of it (which is different than the #SayHerName movement), performing work through the voice of a person murdered by police brutality because it’s an “edgy concept,” or showing your capital-A ally card by talking about how you understand oppression because your sibling/cousin/neighbour/co-worker/favorite store owner is oppressed and you empathize. I’m also not here for pulling out trauma the artist isn’t ready to talk about or isn’t equipped to talk about yet for the sake of creating “art.” You shouldn’t have to be triggered to do the work you want to share, and your audience shouldn’t get off on seeing you in your worst emotional state so that they can feel something themselves.

The main day job is working as CU Boulder’s Communications Coordinator for the Gender and Sexuality Center, but I also work part-time at the CU Boulder costume shop as the dance-costumes coordinator, teach poetry workshops in the Denver metro area when I can, and I’m also a full-time undergraduate student studying theater and secondary English education.

With unlimited funding forever, I’d want to create a network of community theater companies across the country (one that would start in Denver, of course) that would function as a performance space for poetry, plays, music, dance and visual-art installations. The best part is that the company would always serve the community in which it resides by providing free resources to youth, free classes for the youth taught by the artistic faculty and guest artists, and discounted or free events for community members, and it would also be a company that would openly advocate for art with the city. Eventually, there would be some sort of internship or mentorship program that would give students all the resources for free to create the art they want to create but can’t because of financial barriers.

Then I’d make forever grants that would make sure places like the Mercury Cafe or Crossroads Theater could never be gentrified or remodeled because they’d be historic parts of Denver, pay off student loans at some point, and make sure my grandfathers and my parents had no more debt to worry about.
Denver, love it or leave it? What keeps you here — or makes you want to leave?

Definitely love it, forever and ever and ever. Denver is home, and it’s the Queen City of the Plains, after all. But, I also know that for the work I want to do, I need to leave to grow and expand as an artist. The best part about home is that it’s always going to welcome you back, and when I do leave, I only want to come back with means and funds to better support and serve my community with art. It’s no secret that Denver is rapidly changing and growing (often through exploitation), which I think is the only thing that makes me and many artists want to leave. When a city is starting to look less like home and more like a place that wants to push its artists and the people who built this city out, we are of course going to want to leave and make a home somewhere else with our people.

What's the one thing Denver could do to help the arts?

Put your money where your mouth is and keep the money in the local community. Clearly, our government isn’t going to do it. Clearly, our city is struggling to do it. We have to pay our artists, and we have to have a flourishing and supportive community that can make sure that happens. Go see art that challenges you!

There are too many to name as all-time favorites, but again, I’m going to say the Minor Disturbance network. I can’t think of any other people in my life whose work has pushed me to be a better artist, educator and person to my community and to myself (which I think is the hardest person to be sometimes).

Millie Chan
What's on your agenda in the coming year?

Write, work, repeat. I am so honored to be the second Denver Youth Poet Laureate, and I am so ready to serve the city the best way I can. After the horror year of 2016, I know 2017 is the time to celebrate each other and reward one another by doing all of the hard work we need to in order to keep moving forward. The only thing I care about this year is making sure I am helping my community as an artistic and political advocate, by any means necessary.

I hope this year we start listening to how the political climate is affecting our youth artists and realize that the people who need the most guidance and platforms to create are young people. Keep an eye out for this year’s Minor Disturbance team, support the Black Actors Guild, and all the great artists coming out of Youth on Record!

Denver Youth Poet Laureate Ayla Sullivan will join predecessor Toluwanimi Obiwole to perform at the annual Minor Disturbance Grand Slam, from 7 to 10 p.m. Friday, April 7, at the McNichols Civic Center Building. Six metro-area youth poets will be selected at the event to represent Denver at the twentieth annual Brave New Voices International Youth Poetry Slam Festival in San Francisco in July. Admission is $7 to $10; visit eventbrite.com for tickets in advance. Sullivan is also an acting ensemble member for this summer’s 2017 Colorado Shakespeare Festival at the University of Colorado.