After ten years, the Black Actors Guild is just getting started. Jake Myles Photography
The Black Actors Guild got its start in 2009 at the Denver School of the Arts when four friends — Corin Chavez, Ryan Foo, Quinn Marchman and Nick Thorne — dreamed up and produced a Black History Month play loosely based on the life of a young Barack Obama.

That first show was more than a fluke. BAG's founding members wanted to produce original material and encourage creative opportunities free of stereotypes for actors, writers, directors and general performers of color.

After entering college theater programs that felt like a step backward from the platform they’d pioneered at DSA, the original BAG members got serious, pooled their money to rent a theater and found early success with an original show staged at the Source at Su Teatro, then called Shadow Theatre.

“We were just college dropout kids who had a dream,” says Foo, who still co-helms the group. “The first show went well. Our cornerstone was to make original work — stuff we’ve written and our friends have written. Even then, it had a higher-quality content than material we were finding online.”

As the group rebounded and solidified, they found temporary homes for their work, including the Atlas and Crossroads theaters, both now defunct. Having a dedicated venue is still not a big goal, however. “We’ve always been fairly nomadic,” Foo admits. "We’re all producers at heart, people who can do lights and sound. We prefer to focus on the art rather than painting the floors.” Still, they’d like to have the chance to fill bigger rooms for shows “that catch fire,” he adds. 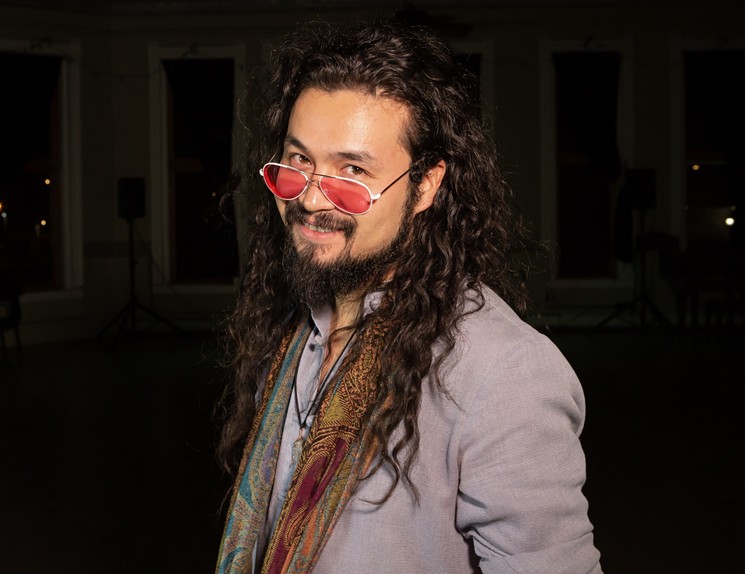 Black Actors Guild co-founder Ryan Foo.
Jake Myles Photography
From the beginning, BAG has been a cooperative effort, an expanding and contracting ensemble, with people of all backgrounds sharing useful skills. The core group was a constant, though, at least in the beginning. Along the way, two of them passed away: Chavez in 2015 and Thorne in 2017.

“Nick and Corin left a void,” Foo says. In search of new content creators, BAG reached out to the community for help.

After ups and downs, certain things have remained central to the guild’s members: community outreach in the schools, theater training workshops for youth and self-produced shows, from sketch comedy, such as Show Ya Teef and Root Canal, to serious full-length plays, including Jeff Campbell’s Honorable Disorder and Jihad Milhem’s Mosque.

“After ten years, we’ve gotten pretty big. We now have fifteen or sixteen core staff members and eight teaching satirists who do work in the schools,” Foo adds. “In 2020, they’ll be working in ten schools. Professional development is how we make our money, which allows us to write two or three scripts a month.”

To celebrate its first decade, BAG recently launched an ambitious $10,000 Kickstarter drive to fund the growth of the ensemble. But the group is also putting on a show, because that’s how BAG rolls: The Guildmas Gala, set for Friday, December 20, at the Savoy at Curtis Park, will combine the dinner, drinks, a silent auction and general partying one expects at a fundraiser, with a comedy revue recapping the ensemble’s classics and an emphasis on the talents of creative people of color.

“It starts with the first thing we wrote, and then we’ll move through ten years of highs and lows, with a jambalaya of everything we’ve done,” Foo explains. “We’ll be telling our story and giving out awards.”

After the fundraising, what’s next for the Guild? “We’re planning a big call in January for people of color to put it forward,” Foo says. “We’ll be judge, jury and producer, but we don't want to be gatekeepers.” Still, they're looking for quality projects. “We’re looking for platforms for people of color to do original work, and we will make space for that in every way we can: community work first, theater second. I’m proud of everything we’ve done as a high-quality theater.” 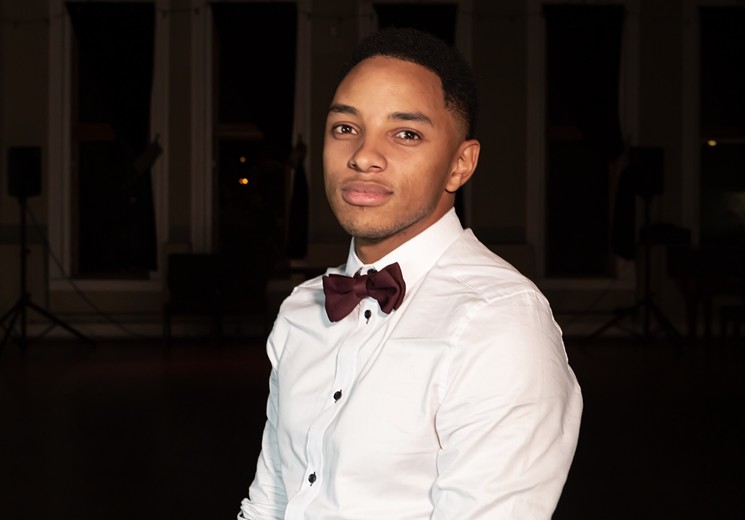 Black Actors Guild co-founder Quinn Marchman.
Jake Myles Photography
Foo adds that the gentrification and fate of the troupe's chosen neighborhood of Five Points are high on BAG’s list of themes to tackle. “Most of our squad lives in Five Points,” he continues. “I live here. My wife’s family has been here for a hundred years. Now her auntie can’t afford the property tax and might have to move. It’s sad, but the new businesses don’t really care, and the developers don't seem to care, either."

Foo mentions how the neighborhood has changed. “It’s hard. I see a lot of murals and street art going up, but it seems like a lot of the intention behind them is actually to wash away culture. People think of Five Points as being black, but it’s also Chicano, yet movement murals to honor César Chávez are covered over. In a community so fractured, there can’t be a groundswell of support to combat it. There’s a feeling of defeat.”

It’s a feeling BAG hopes to overturn with its creativity. In talking about the future of the group, Foo notes, playwright and associate Jeff Campbell pointed out that “people get super-excited to see a play about a particular place in Brooklyn, because it feels authentic.” Foo asks: “Why can’t we do the same thing for our own spaces — and have people feel that as far away as New York? Our future is in producing, supporting and maybe one day publishing. We want to keep working in the schools and finding kids to come join us. We’re always about constantly involving the youth.

“Our shows all ride a new wave of social-justice narrative,” Foo concludes. "Young people are tired of hearing the same stories. It’s time to tackle the real issues of the day.”

The Black Actors Guild hosts the Guildmas Gala and Afterparty on Friday, December 20, from 6 p.m. to 2 a.m. at the Savoy at Curtis Park, 2700 Arapahoe Street. Admission starts at $50 ($20 for the after-party); reserve tickets online at eventbrite.com.

Learn more about the Black Actors Guild and the group’s Kickstarter online.
KEEP WESTWORD FREE... Since we started Westword, it has been defined as the free, independent voice of Denver, and we'd like to keep it that way. With local media under siege, it's more important than ever for us to rally support behind funding our local journalism. You can help by participating in our "I Support" program, allowing us to keep offering readers access to our incisive coverage of local news, food and culture with no paywalls.
Make a one-time donation today for as little as $1.