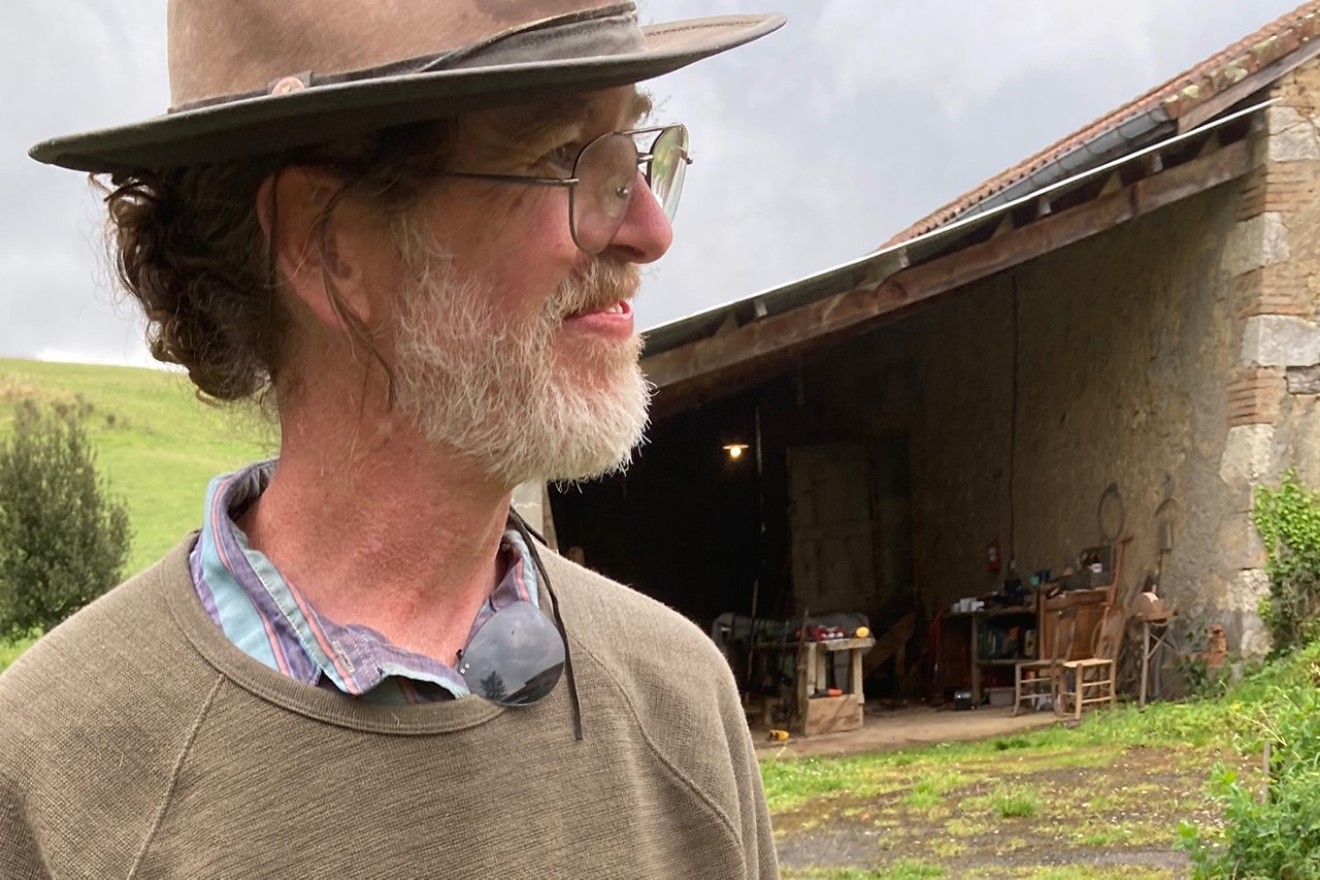 
Of publishing companies, that is. The local author has gone independent with his new novel, Sister Liberty, and has recovered the rights to publish his previous books, as well. He’s doing it all under his own imprint, Daisy Dog Press, unmooring himself from the safe but unwelcoming harbors of the indie publishers he's worked with in the past. Why would a successful writer like Hill go indie? Well, that story, according to Hill, is “likely to elicit some naughty language.”

Hill won the Colorado Book Award for his novel East of Denver back in 2013, and his other books (Zebra Skin Shirt and The Lonesome Trials of Johnny Riles) have won awards, as well. It’s been a good run for Hill, who is launching Sister Liberty at BookBar on Saturday, December 10. The novel is characteristic of Hill’s past work — a charming conflagration of weirdness set in 1885, following the odd story of three French sisters who find themselves in a religious cult in Indiana. It even comes with a warning: The novel contains descriptions of “whistling, allegorical situations, lesbians, apostasy, and a pleasure wheel.”

Sister Liberty launches at BookBar on Saturday, December 10.
Gregory Hill
But for fans of the literary chaos sprite that is Gregory Hill, this is exactly what they would expect. They might also expect that he’d be sought after; he's a successful author with a growing backlist — exactly the sort of writer that would be courted by major indie presses for an equally plus-sized promotional push.

However, they would be wrong. Or at least that’s how Hill tells it.

“What do you want from a publisher?” Hill poses the question with a grin. “You want them to design the book, help you edit it, distribute it and promote it. And then ideally, they cheerlead. Ask you how the writing is coming along. These days, I’ve found that very little of that happens.”

Hill had been working with a publisher, which he won't identify, for Sister Liberty before he pulled out and decided to go it alone. He describes his experience this way: “Step one, spend three or four years working your ass off to write a book. Step two, beg every single independent publisher on earth to look at your book. You get about a 5 percent response rate, and the first person to say yes is going to be the only person to say yes, so you say, ‘Fuck, yeah! Let’s do it!’” Step three is the planning — making the agreements and signing the contracts. Step four? The publisher actually following through."

And that was all Hill wanted from his would-be publisher: to “do the things they say they’re going to do.” And the publisher Hill was planning on working with failed at that in spectacular fashion, he laments. “It’s just unbelievable, and completely unacceptable to me, that someone will say, ‘Your book is going to come out on this date,’ and then six months after that date, it still hasn’t happened," he says.

“What probably inspired my recently failed publisher to block my emails was, well, that I was being a real obnoxious dick,” Hill laughs. “I told him he was nothing but bullshit and hubris.”

It started with the company listing Hill’s books with a release date in its catalogue, even before Hill had signed any contracts. It then took two months of requests, Hill says, for the company to finally get him that contract, and when it did, it was oddly full of typos. “I should have known then,” Hill says. “This was supposed to be the ‘crack staff’ that would get the manuscript in top shape.”

He says deadlines started rushing by, passing without a word from the publisher. The backlist, which was supposed to be re-released on a schedule leading up to the new book, didn’t happen. Nothing was being edited. The company had no cover design to show Hill for approval.  And that’s when Hill decided that enough was enough: “I told him, ‘You need to learn how to manage your time better, sir.' But I was no longer really calling him sir. I was more like, ‘Fuck this guy.’”

Since that professional breakup, Hill has been busy. “I gave every single book another edit, recorded two audiobooks, did all the covers, did layout for the books’ designs, and have been working on laying a foundation for promotion,” he says. “At this point, the only added value I could get from a publisher was maybe promotion and distribution.”

Daisy Dog Press will handle all of Hill’s work in the future. “There are still some challenges,” Hill admits. “One of the drawbacks is that I can’t get Tattered Cover to carry my books unless I register as a local author, but registration for local authors isn’t open for months yet.”

However, Hill is happy to be able to control his own publishing destiny at this point. And really, independence has always been the spirit of Hill’s novels. Hill says he wants to invoke the spirit of Lawrence Sterne’s Tristram Shandy, which Hill calls “a wonderful permission slip to just flow, and also to perpetually drive the reader insane. Those are my two favorite things as an author: to have a good time, and to fluster the reader. Not because I disrespect the reader, but because I want to reward them for taking a chance and stepping outside their comfort zone.”

Exactly what Hill is doing now, with Sister Liberty and everything after.

Gregory Hill will debut Sister Liberty at BookBar, 4280 Tennyson Street, at 6 p.m. Saturday, December 10. Registration is required, but the event is free.
KEEP WESTWORD FREE... Since we started Westword, it has been defined as the free, independent voice of Denver, and we'd like to keep it that way. With local media under siege, it's more important than ever for us to rally support behind funding our local journalism. You can help by participating in our "I Support" program, allowing us to keep offering readers access to our incisive coverage of local news, food and culture with no paywalls.
Make a one-time donation today for as little as $1.