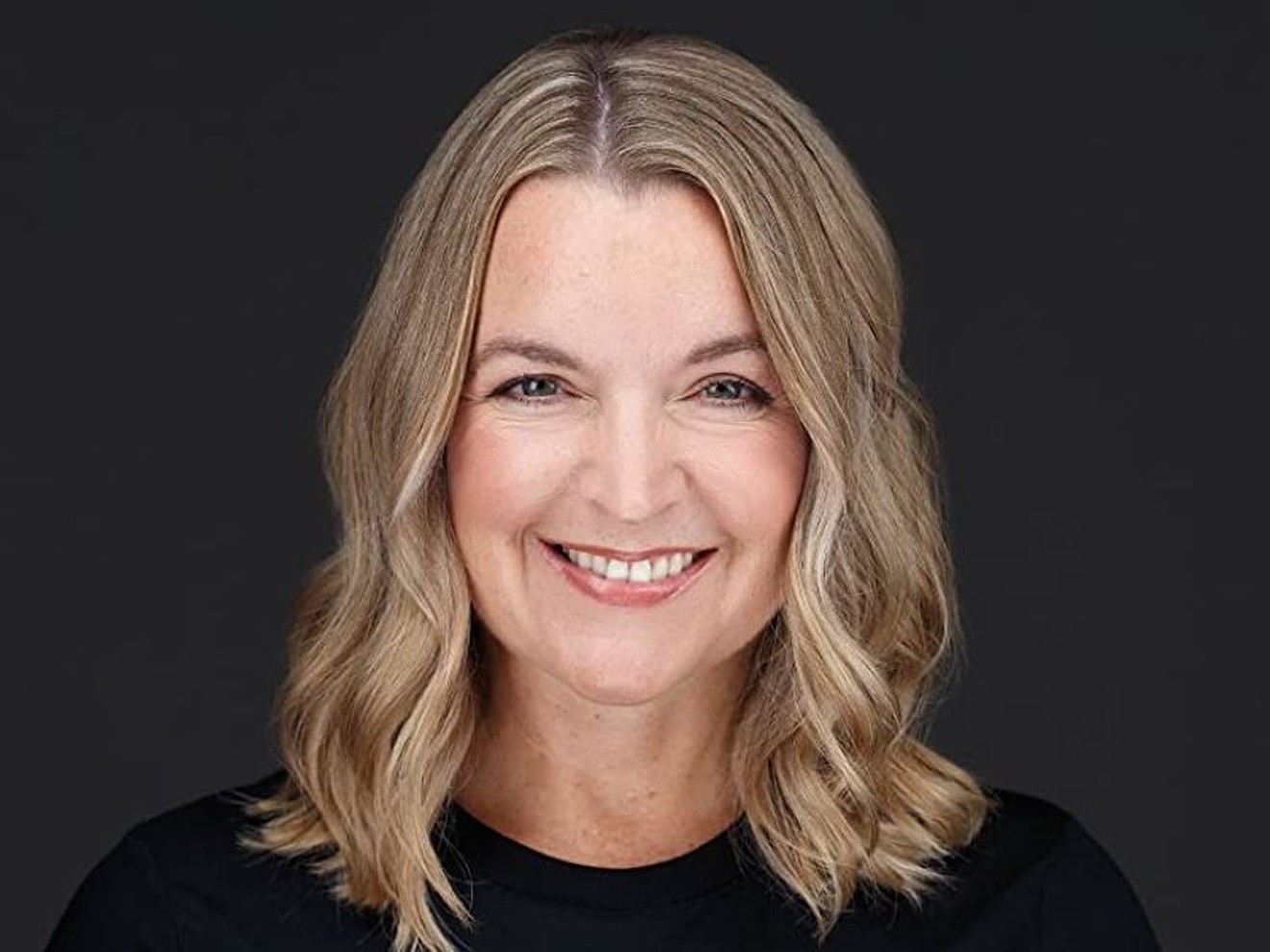 We’ve written about Stapleton (sorry…Central Park). We’ve written about Highlands Ranch. We’ve covered Denver's suburbs and new neighborhoods as they’ve grown like an overfed kid with his own golf cart and presumptive permission to do just about anything his little heart desires. But we’ve never really written about the hidden lives of the people who make a home there — so Denver author Rebecca Taylor picked up that ball and ran with it in her new novel, The Secret Next Door.

It’s a tale of murder, so slightly higher on the dramatic scale than, say, painting your siding the incorrect shade of tan. But it’s dealt with in a way that will be familiar to those acquainted with these sorts of neighborhoods: social media, side-yard gossip, whispers at wine parties. Taylor plans to bring all that pampered intrigue to the launch of her book during a BookBar Zoom event on November 9; fellow Colorado novelist Carter Wilson will be on hand to introduce and moderate the discussion. So get ready to break out the white zin and maybe some water crackers and Gouda, because you can bet your community covenants that it’s going to be some Wisteria Lane-quality time.

We sat down with Taylor to talk about her book, and what inspired it.

Westword: Your upcoming novel, The Secret Next Door, is set in "one of Denver's most sought-after developments" and is referred to as "the perfect neighborhood, filled with not-so-perfect people." So on what Denver development did you base this idea, and why is it Stapleton?

Rebecca Taylor: I love that you think that The Enclave in The Secret Next Door is based on Stapleton! However, The Enclave is situated on a golf course, so that conclusively rules out Stapleton as the real-world backdrop. My hope is that any local Colorado readers will be able to imagine my fictional neighborhood as one they know. But the truth is, The Enclave is not based on any single, real Denver neighborhood. Much of my inspiration came from living in the suburbs and playing witness to the many conflicts and dramas that can erupt between neighbors and friends over the years of living in close proximity to each other.

I chose to name it The Enclave both because there are actually tons of neighborhoods with this name and because of how the word, Enclave, gives me this promise of safety on one hand, but also a claustrophobic, sickening sense of closed-in insularity on the other. We come together to live as a group for the sense of protection, but this is also a breeding ground for conflict and acts that are decidedly not safe. This is really what’s at the heart of The Secret Next Door. 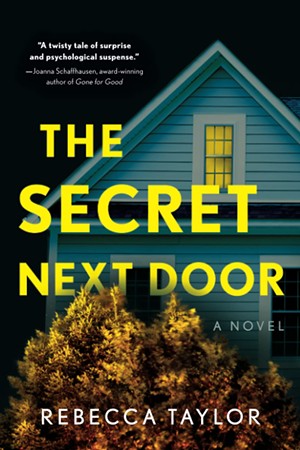 Sourcebook Landmark
You're a local; where in town do you live? What from the book is based on real experience, real place or both?

Well, generally, I live in a suburb northish of Denver. It’s a little trickier to answer the second part of this question because, as with any book I’ve ever written, everything and nothing at all is based on real experiences, places and events — meaning that while the entirety of The Secret Next Door is pure fiction, as the writer I am certainly influenced by everything within my particular life scope. Some of that influence makes its way to the page consciously, but far more happens without me being aware of the connection unless and until someone who knows me really, really well points it out.

The overarching idea for this particular book was conceived while I was having cocktails with three of my friends. One of them had recently had her basement refinished and had invited the rest of us over for some wine and appetizers. While drinking and talking, the topic turned to our own neighborhood and a recent conflict that was airing itself out on the neighborhood Facebook page. This somehow snowballed into us listing all the recent, somewhat horrific things that had happened in our little neighborhood over the years. As these all came together at once, one of my friends turned to me and declared, “You should write a book about this!” And I probably nodded my head, non-committal-like because when people know you are a writer, they are telling you ten times a day, “You should write this book!” But as it turned out, a book was born out of that wine-watered evening; it just wasn’t a book about my exact neighborhood and its specific issues.

Nothing made it through?

We really did almost have an enormous Top Golf facility get built behind some of the homes where we live, so that component from the book is completely inspired by real life.

Is it tricky to write about real places? What responsibility does fiction have to the realities in which they're set?

I don’t think it’s especially tricky to write about real places that you have experience with. The nice thing about being the creator of a fictional setting, even one that may be based on or inspired by somewhere that exists in the real world, is that it will be whatever that creator decides it needs to be for the story they are writing. Ten different writers can set a book within the walls of the Brown Palace, and you’re going to end up with not only ten different plots, themes and characters, but also ten pretty different versions of the Brown Palace. For me, setting is like a character with its own personality, and I’m doing the best I can to marry the setting to the particular tone of the scene. And if we are going to talk about specific realities as they relate to setting, well, I personally think that a space undulates according to the people that occupy it and their individual perspective. In short, I think it would be practically impossible to convey any one place or space exactly the way another individual would experience it. So, no, I don’t stress about writing about real places.

This is your sophomore effort, following Her Perfect Life. What's different in the process of writing the first and second books?

There are two things that stand out for me. One was writing this book during the pandemic: I found it much more difficult than usual to sit down and focus. Second was the unfamiliar pressure of writing a new book under an existing contract. You’ve said and signed that you’ll write it, accepted money to write and been given a deadline to get it done — all during a pandemic that has left you feeling like your brain is on a spin cycle. It was more than a little unnerving. More than once, I worried about being able to get it done.

Did your opinion of "exclusive" neighborhoods change at all in the writing of this book?

Not really, but mostly because I don’t think I hold any opinions about exclusive neighborhoods that would be strong enough to be changed. Neighborhoods are neighborhoods, filled with humans. Some humans have more money, some humans have less money, and some humans have no money at all. But they are all humans — fallible and prone to conflict, which is what makes for a good story. With The Secret Next Door, I was interested in writing about Alyson’s belief that a wealthier neighborhood would be safer for her son than her own childhood had been. Of course, given that all humans, rich and poor, can be dangerous, it didn’t end up mattering how much money she paid for a house; she still felt unsafe.
The political angle of the book is interesting; what was it like to write about politics in such a politically divided era as ours?

Easy, since I didn’t really delve into broad topics that would be divisive for readers. Politics happens to be a profession for Bonnie, and the political conflicts in the book are of such a specific and granular nature —everything is about The Enclave and its residents. Bonnie’s political affiliation isn't even discussed in the book, and that’s because it’s not important to the overall story. She could be a Democrat or a Republican; I left it up to the readers to make up their own minds.

Make up your own mind about The Secret Next Door during virtual book launch at 7 p.m. Tuesday, November 9; see the BookBar website for more information.
KEEP WESTWORD FREE... Since we started Westword, it has been defined as the free, independent voice of Denver, and we'd like to keep it that way. With local media under siege, it's more important than ever for us to rally support behind funding our local journalism. You can help by participating in our "I Support" program, allowing us to keep offering readers access to our incisive coverage of local news, food and culture with no paywalls.
Make a one-time donation today for as little as $1.