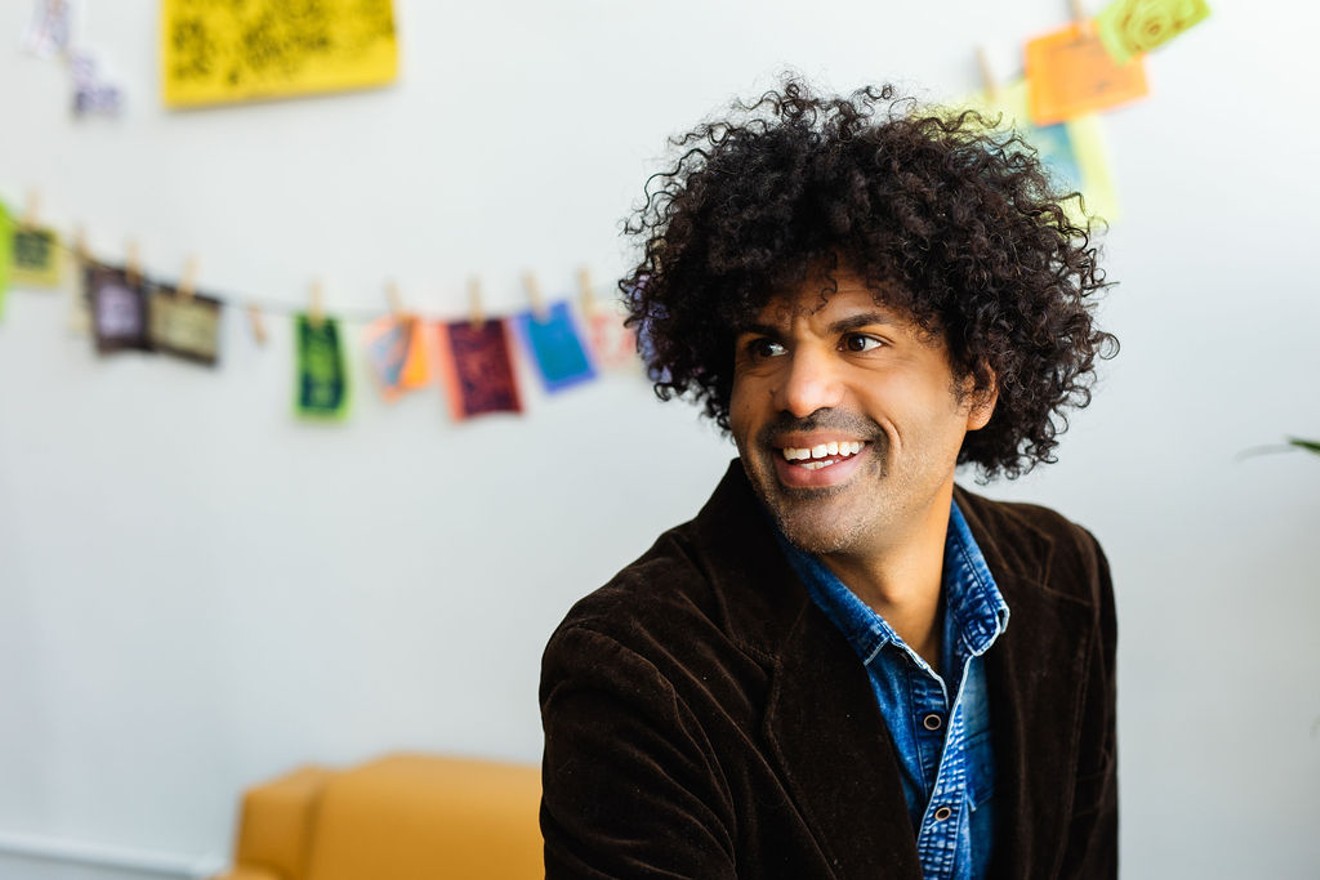 Michael Gadlin Flor Blake
Growing up in Denver, Michael Gadlin remembers how his mother would take him to the Daddy Bruce Thanksgiving food distribution event every year. "I think all that giving back made an impact on me," Gadlin muses. "It taught me that you couldn't be a one-man band, or in a vacuum."

He has amplified that attitude since becoming the executive director of PlatteForum, the nonprofit that hosts resident artists who teach students in its ArtLab program. Before he landed that role in September 2021, he had been on PlatteForum's board for seven years, and had been a resident artist back in 2009.

Gadlin recognizes that he was a perfect fit for the director role. "The story was good," he acknowledges. "Bi-racial, bi-cultural, local artist who grew up here, went up to New York, came back, had some success in a gallery business. And I make connections." Many of the students PlatteForum caters to are BIPOC and/or LGBTQ+ and come from Title 1 schools; without this program, they might never have the opportunity to learn much about art, much less an artist with a national reputation.

About thirty students are in the program every year (Gadlin has helped move the number up), and 95 percent graduate from high school. "I know I wish I had a program like this when I was a student at East High," he says. 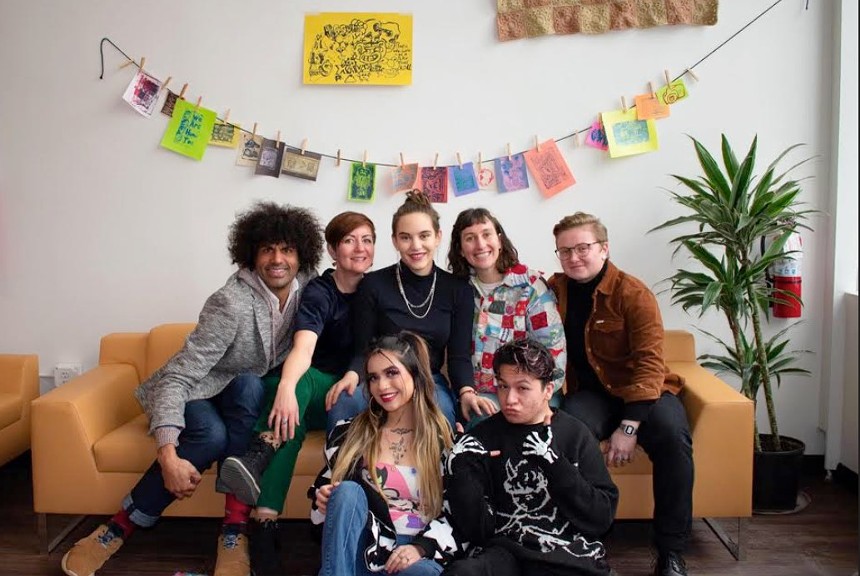 PlatteForum staffers (from left, back row): Michael Gadlin, Sigri Strand, Zaia Sever, Kendall Kultgen, Axel Leonhardt. Front row: Destany Rodriguez, Kevin Sandoval-Torres.
Sigri Strand
For an arts nonprofit to have a long-term impact, Gadlin recognizes that it needs ties to the community, and he credits his success at PlatteForum to his ability to establish relationships. "I also learned how to not be afraid to ask for a lot, too," he adds. "We got a grant that was ten times the amount we had ever gotten from Caring for Denver." The grant was for $275,000.

That grant came during his first three months in his new role, just as PlatteForum was gearing up to celebrate its twentieth anniversary in 2022. Gadlin wasted no time bolstering services for ArtLab students; he's added a mental health program, a food pantry and RTD passes.

He's also made more connections between PlatteForum and other arts nonprofits and institutions such as RedLine. "I've always ascribed to the idea that a high tide floats all boats," Gadlin remarks. "We collaborated with Continuum and RedLine, and for the first time in history, we have these really cool studio apartments for our resident artists." He also widened PlatteForum's reach with a new, well-lit gallery and studio for students and residents at 3575 Ringsby Court, which formerly housed the short-lived ArtHyve.

"What we do at the end of the day is so important," he says of PlatteForum. "We're creating all these relationships that just secure hopefully an expansion in all areas. I'd love to have two artists at a time in the future. I'd love to have more students at another base; maybe they don't have to be under one roof. That's my dream."

"Jami Duffy, Leader of the Band"
"Kourtny Garrett, Downtown Defender"
"Daniel and Luis Ramirez, Hosts With the Most"
"Nga Vương-Sandoval, Welcome Committee"
"Penelope Wong, Top Shef"
"Cole Chandler, Speaker for the House"
"Michael Spencer: Anchor Man"
"Robert Kenney, Power Broker"
"Scott Gilmore, Playground King"
KEEP WESTWORD FREE... Since we started Westword, it has been defined as the free, independent voice of Denver, and we'd like to keep it that way. With local media under siege, it's more important than ever for us to rally support behind funding our local journalism. You can help by participating in our "I Support" program, allowing us to keep offering readers access to our incisive coverage of local news, food and culture with no paywalls.
Make a one-time donation today for as little as $1.
Emily Ferguson is Westword's Culture Editor, covering Denver's flourishing arts and music scene. Before landing this position, she worked as an editor at local and national political publications and held some odd jobs suited to her odd personality, including selling grilled cheese sandwiches at music festivals and performing with fire. Emily also writes on the arts for the Wall Street Journal and is an oil painter in her free time.
Contact: Emily Ferguson