Beto Mojardin Has Gone From Homelessness to High Fashion 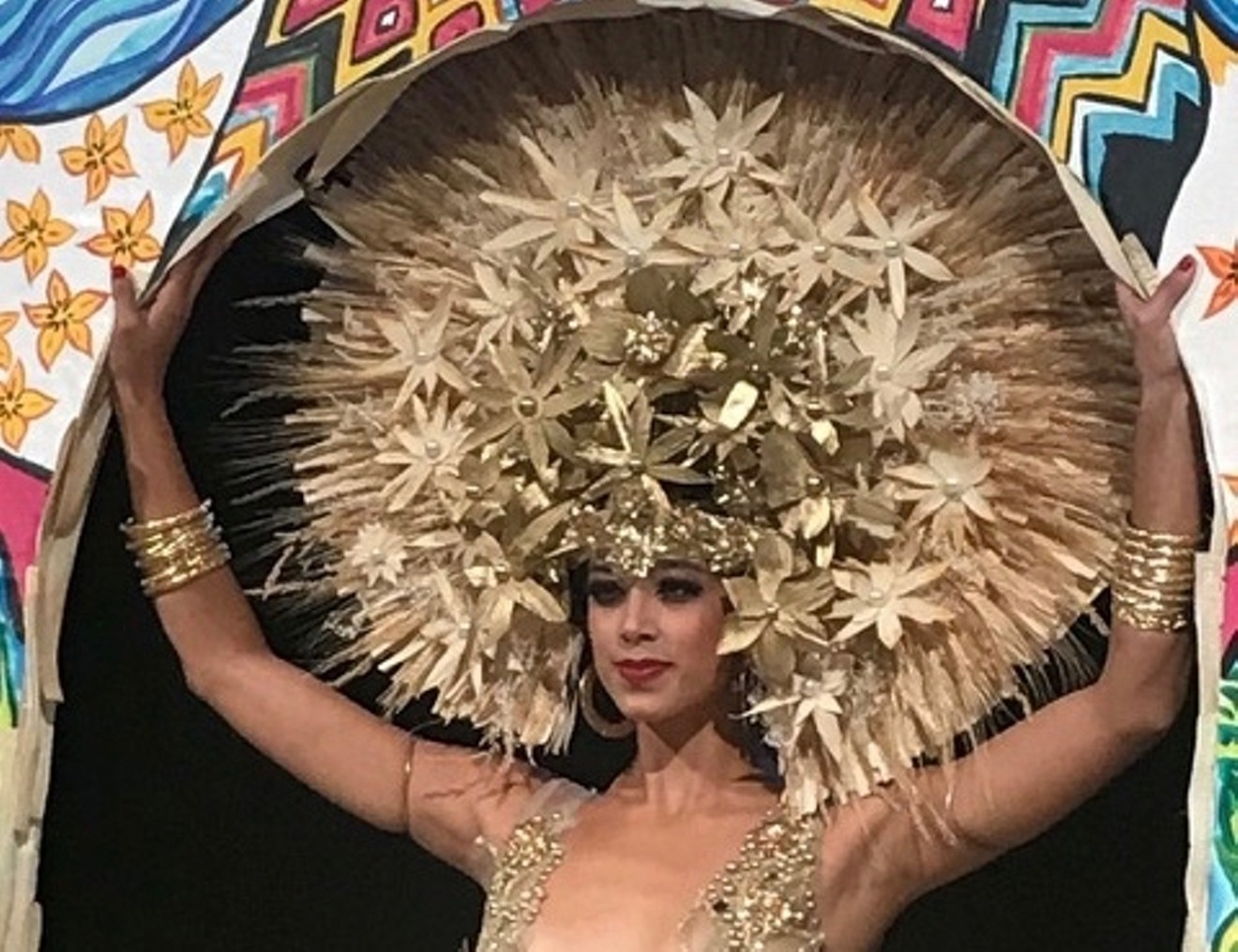 Beto Mojardin creates high fashion out of corn husks. Courtesy of the artist
Norbeto “Beto” Mojardin is ready for Denver’s art community to know his name. While he says he has always been an artist, it was only in the past decade that Mojardin earned enough from his hair salon, Beto's Beauty Salon in Aurora, to begin practicing his art through wearable fashion. And what makes his work unusual is that it's made of corn. “Corn gives us life,” he says. “It feeds us and unites all cultures.”

When he wasn't working in his salon, Mojardin was creating with corn. “That’s what I did instead of going out. I stayed home and made art,” he says. After he showed a client his basement filled with dresses and paintings, he was shocked to find there could be an audience for his work. “I was just doing it for myself,” he says.

Courtesy of the artist.
His corn dresses will be highlighted tonight, September 14, at the tenth-anniversary celebration for the Latino Community Foundation of Colorado — a far cry from Mojardin’s basement.

The dresses that will be showcased during the event combine various multicultural aspects present in Latino heritage; no one culture is emphasized over another. Drawing from African to Middle Eastern influences, Mojardin has worked tirelessly, one kernel at a time, to show Latino cultural blending through these gowns.

The dresses also tell a story. “One is inspired by a mythic Aztec princess while another features the Aztec calendar,” he says. “A third dress is influenced by the Yaqui Deer Dance.” That dress incorporates a World War II-era gown that Mojardin inherited from an old friend in Colorado. “People can feel the mixture of cultures right away,” he motes.

Mojardin is from northern Mexico, the Sonoran Desert. When he came to Colorado nearly twenty years ago, Mojardin was homeless, a survivor of abuse. “But I started taking classes at Emily Griffith,” he recalls. There he learned to do hair and found his purpose. Mojardin now trains a new generation of stylists and gives back in other ways, especially to children.

One of his favorite events is a yearly quinceañera for area girls with good grades and financial need. “This is a huge event for girls in my culture, and if you don’t have the money, it can be devastating," he says. When he saw that many teenage girls in his community couldn’t afford a quinceañera because their fathers had been deported or other extenuating circumstances, Mojardin and his partner of seventeen years, Cesar Delgado, were willing to foot the bill. The catch? The girls needed to write a letter to the salon, much like a college scholarship essay, explaining why they needed assistance.

“I’ve done 45 quinceañeras in one day,” he says. “It’s so moving to see them in their dresses and crowns.”

Though his artwork has recently gained much-warranted attention, Mojardin won’t stop contributing to his community. “Everything I do, everything I am, is dedicated to my grandmother," he says. "She taught me to be humble and never forget where I come from.”