Denver Film Festival 2021: What to Know Before You Go 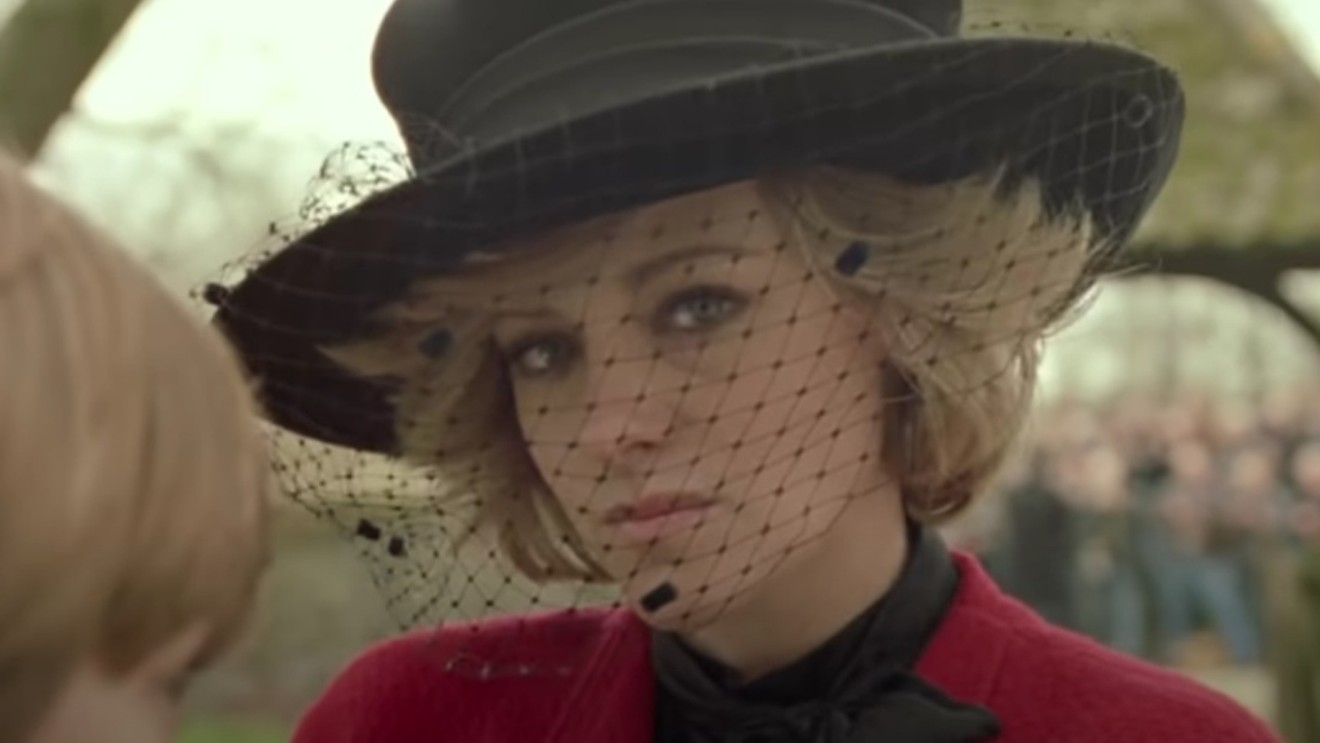 Except for a small handful of events, including a freezing cold Red Rocks drive-in screening of Nomadland (which went on to win six Academy Awards, including Best Picture), the 2020 fest was virtual owing to concerns related to the COVID-19 pandemic. In contrast, this year's edition, slated to run through November 14, is largely an in-person affair, albeit with plenty of protocols necessitated by the continuing battle against the disease. But of the 140 feature-length films in the program, 55, or more than a third, will be available for online viewing, too, thanks to what DFF artistic director Matt Campbell characterizes as unexpected lessons learned.

"Last year was a huge unknown, because it was the first time we put on a virtual film festival," Campbell acknowledges. "But we feel it was a big success, because we reached a large audience that hadn't previously engaged with the film festival. Since it was virtual, we were able to bring in new geographic areas within Colorado, and not just the Denver-Boulder metro area, which was a pleasant surprise. We weren't necessarily thinking that would happen, but it did."

Hence the decision to present what Campbell dubs "a hybrid of both a virtual festival and going back to in-person" for 2021. "That's going to create a whole new set of challenges and unknowns," he admits. "We've obviously been planning for it, but you can only have so much preparation, and then you have to react. Overall, though, I feel like we're in a very good place."

These aren't the only changes impacting the event. Britta Erickson, who'd been festival director since 2007, is now the head of development at Listen Productions, and while she's serving as a consultant for the 2021 version, her contributions have necessarily been much more limited than in the past. As a result, Campbell, who took over as artistic director following the tragic 2019 death of his predecessor, Brit Withey, has a bigger role than ever before, with major assists from director of operations Gina Cuomo and Sie FilmCenter artistic director Keith Garcia, among others.

In addition, DFF44 will include two new venues. The Ellie Caulkins Opera House, the setting for red-carpet presentations such as Spencer, the Kristen Stewart-starring Princess Diana flick scheduled to kick off the fest at 8 p.m. Wednesday, November 3, and the Sie FilmCenter, the home of the Denver Film Society, which puts on the fest, will be supplemented by dozens of screenings at the new AMC 9 + CO 10 multiplex, located at 826 Albion Street. Additional events, including the November 10 showing of Belfast, directed by Kenneth Branagh and starring Jamie Dornan, who'll receive the festival's Excellence in Acting award, are booked for the Denver Botanic Gardens, much to Campbell's delight. "They've got a brand-new auditorium and reception space," he says. "I think we're going to have some lovely presentations there."

All of these venues will operate under the festival's COVID-19 policy, which is being overseen by a newly hired safety manager, Darci Martinez. Campbell notes that Martinez "is a nurse who's helping us to implement these policies throughout the festival and will be a resource for staff patrons should any concerns arise. If there's a positive test, it will be quickly addressed, and everyone working on the festival will be vaccinated. The staff will also undergo regular testing to make sure everyone is staying healthy."

Campbell stresses, "We are a vaccine-mandated festival, so you have to be vaccinated to participate in person. But we'll have wristbands, so you won't have to show your vaccination card every time you go into a venue. We've ordered high-end, durable wristbands you can shower in. So you can check in at the beginning of the festival and show your proof of vaccination, and then wear your wristband for the duration of the festival."

He adds, "We also have a mask mandate that requires everyone to wear a face covering. If you're enjoying a bite of popcorn or sipping a drink in your seat, you can, of course, lower your mask. We just ask that you put your mask back on between bites. And we're limiting the amount of large gatherings. We're still going to have receptions, including one on closing night, but with more limited capacity, and instead of the lounges and tents we've had in the past, we'll be doing everything out in the open this year."

For example, Campbell continues, "we'll have our lines outside the FilmCenter this year, instead of the lobby, so it won't be as crowded. But we'll have heating lamps outside, and everyone will be able to access the bar. We also remodeled the FilmCenter this past month to move the concession stand to the back wall. That's opened the space up, so there'll be more room for people. It won't be as tight, and it should flow a little nicer. And we've also installed new seats in the two largest theaters, to give the FilmCenter a little facelift." The venue, which had been closed for twenty months, staged a soft reopening in late October, and Campbell promises that once the festival gets under way, "everything will be all bright and sparkling and shiny."

Also back is a full slate of immersive and virtual-reality experiences, most at the Festival Annex, located in the McNichols Building, 144 West Colfax Avenue. "We'll have a couple of phone immersive experiences, a Zoom immersive experience, and one off-site at Bear Creek Lake Park" at 11 a.m., 12:45 and 3:30 p.m. on November 4, repeating at those times daily through November 7, Campbell reveals. "It's called Fire Season, and since it's about wildfires, we'll be out in nature ruminating on that. We're always excited about new forms of storytelling and avenues of technology that we've been exploring the past few years."

Still, the program revolves around movies, and the festival's 233 films range widely. C'Mon C'Mon, a Joaquin Phoenix vehicle screening on November 5 at the Ellie Caulkins Opera House, fits into the Oscar-bait category. But less well-known films from Italy, Ireland and many other countries across the globe will be spotlighted as well, along with flicks that fit within the context of Denver Film Society specialties such as Women+Film, CinemaQ and CineLatinx.

On top of that, Campbell says, "we have a new partnership with the Martha's Vineyard African American Film Festival and the Color of Conversation Film Festival, which has been doing events in Denver for quite a while. We're co-presenting our closing-night film, King Richard" — a biopic in which Will Smith plays Richard Williams, father of tennis superstars Venus and Serena Williams. The screening, on November 13 at the Ellie, will be capped by a pre-recorded conversation with the movie's director, Reinaldo Marcus Green.

Other celebs are set to appear in the flesh — among them Clifton Collins Jr., who'll receive the festival's annual John Cassavetes Award at the November 11 Ellie Caulkins screening of his new film, Jockey. Campbell expects that such events will have even more of an impact since they couldn't take place last year.

"Everyone I've talked to has been thrilled to have the festival returning in person," he says. "I'm sure there are folks who will be more comfortable experiencing the festival virtually, and that's great, because they'll be able to. But with the policies we're putting in place, we're trying to make everyone feel as safe as possible — a clean, healthy environment for everyone who chooses to participate in person."

The 44th Denver Film Festival runs November 3-13. For more information, go to denverfilm.org.
KEEP WESTWORD FREE... Since we started Westword, it has been defined as the free, independent voice of Denver, and we'd like to keep it that way. With local media under siege, it's more important than ever for us to rally support behind funding our local journalism. You can help by participating in our "I Support" program, allowing us to keep offering readers access to our incisive coverage of local news, food and culture with no paywalls.
Make a one-time donation today for as little as $1.