Celebrating the Hidden History of Judaism in the Southwest 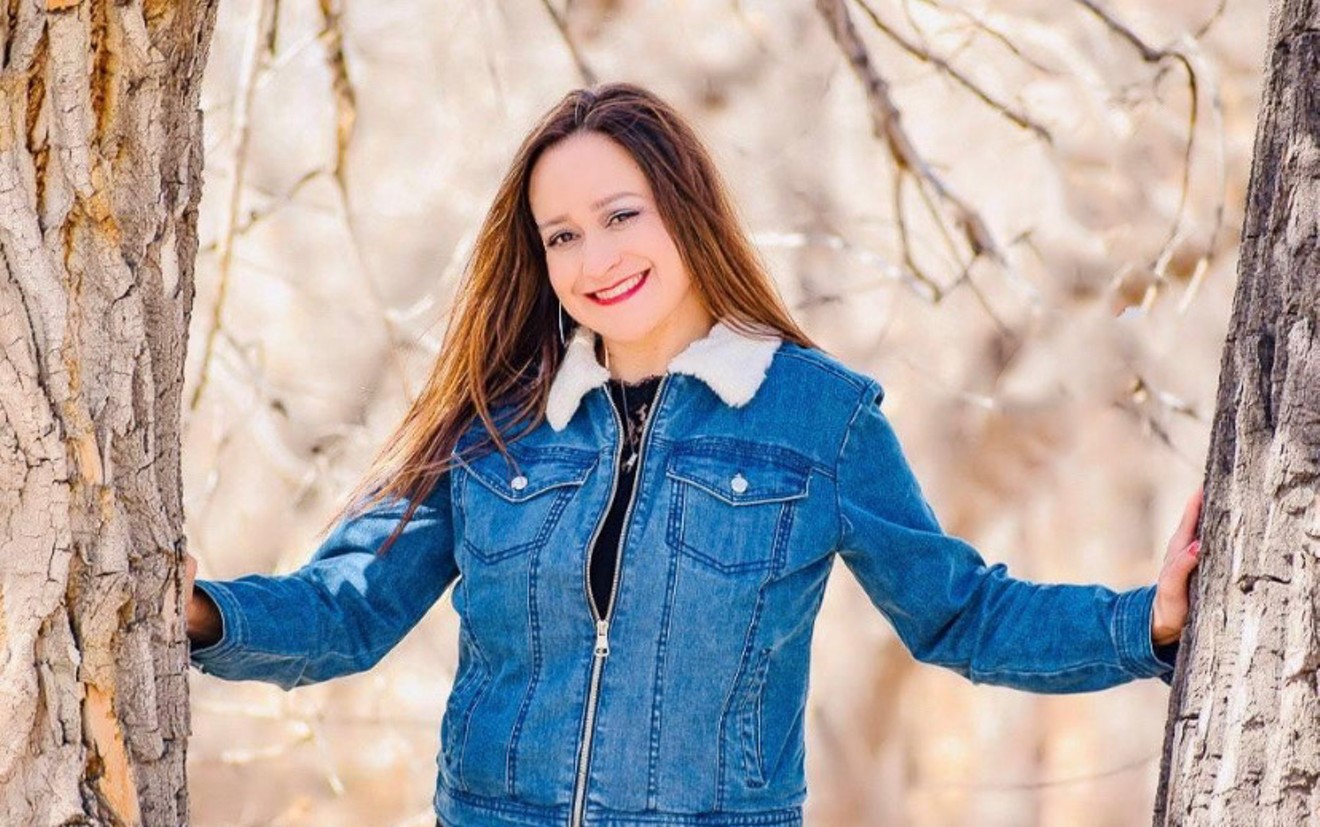 Kimberly Sánchez wrote the novel Love & Legacy: Amor Eterno upon learning about the history of Judaic heritage in the Southwest. Courtesy of Kimberly Sánchez
Kimberly Sánchez grew up in San Luis, Colorado’s oldest town. But when she went to Colorado College, Sánchez was confronted with questions that she had never been asked before. What was her accent? Did her family just cross the border? They couldn’t understand it when she explained that her family had been in Colorado for six generations.

Sánchez majored in sociology and wrote her thesis on the identity of San Luis. As she interviewed people from the town, she discovered that some residents claimed a Jewish heritage. Curious, she began investigating her own ancestral lineage. After some digging, she found that the family line of the paternal grandmother of an ancestor born in 1666 hailed from Seville in Spain. Through DNA testing, she found that the family line was Jewish.

This discovery sparked her interest in researching Sephardic Jewish heritage and culture in northern New Mexico and southern Colorado.

“If I heard certain things back home, I’d Google-search it and try to find different articles and research that would either support or disclaim what I was trying to say,” Sánchez explains. She began regularly reading newsletters and journals published by the New Mexico Hispanic Genealogical Society and the Colorado Springs Genealogical Society.

Sánchez’s research on the cultural traditions of crypto-Jews — Jewish people who retained their faith in secret — in the Southwest, which she relied on in writing her novel Love & Legacy: Amor Eterno, will be showcased on April 10 from 11 a.m. to 12:30 p.m. at Judaic Traditions of the Southwest. The event is part of the Cultural Concerts on Colfax series co-sponsored by MSU Denver Chicana/o Studies' Journey Through Our Heritage program, the Chicano Humanities and Arts Council, and the Colorado Folk Arts Council. It will also be livestreamed a second time on April 21 at 1 p.m.

While Jewish ancestry among Hispanic people in southern Colorado and northern New Mexico had long been suspected, these rumors were confirmed in the early 2000s by DNA testing. Several Hispanic women from the region had developed breast cancer associated with hereditary BRCA mutations, primarily found among Ashkenazi Jews. The revelation of the unexpected prevalence of that gene in the region stimulated renewed attention to the history of crypto-Jews, who were among the first settlers in Mexico, having been expelled from Spain during the Spanish Inquisition in 1478.

Over the centuries, some crypto-Jews migrated north, all while outwardly practicing Catholicism.

Gradually, in light of Sánchez’s research, elements of her own upbringing began to take on new meaning. For one, she came to understand why the Spanish she grew up speaking was so distinctive, identifying subtle linguistic similarities between the Spanish she speaks and the Ladino language. Ladino is a Romance language originating in Spain that continued to be spoken by Sephardic Jews who were persecuted during the Spanish Inquisition.

Sánchez cites a few unique linguistic patterns that differentiate the Spanish she speaks. “Part of it is reversing certain letters, like saying ‘probe’ instead of ‘pobre’ for poor. Or ‘pader’ versus ‘pared’ for wall. We use a ‘t-e-s’ ending in the past tenses, versus the ‘s-t-e’ ending. And there are different words that we have for all kinds of different things."

She also began to see new significance in familial traditions that were never presented to her as Jewish yet which echoed Jewish customs.

“There were certain traditions like covering a mirror when a family member passed away or sweeping to the middle of the floor,” she recounts. She also remembers an instinctual reaction she had when a family member went hunting for rabbit and snake. She recalls immediately thinking that she couldn’t eat those animals, because she had always been taught that she could only eat animals with cloven hooves.

Since embarking on her own research, Sánchez has learned of families who have secretly passed down knowledge about their heritage from generation to generation.

“On their deathbeds, I’ve heard that an elderly woman or man would say, 'Hey, I need to tell you this. This is who our family is, this is what my parents told me, and this is who we are.'” Although this was not the case in Sánchez’s family, the closely guarded nature of Jewish identity speaks to persisting fears of persecution within the community.

Inspired by her research, she began work on a novel structured as a dual love story. The first love story focuses on a Spanish couple from the 1590s, eventually separated by the Inquisition. The second foregrounds two descendants of the first couple, who enjoy a special connection that they cannot fully describe.

What Sánchez has learned about her identity has encouraged her to understand identity as individual and fluid.

“Whereas some people might find something like this out and completely embrace it and want to explore Jewish spirituality and become a part of a synagogue, there are others who might not embrace it in the same way,” she says.

Sánchez herself affirms all of the different identities that are contained within her own, including Native American, French and Portuguese ancestry.

Renee Fajardo, coordinator of Journey Through Our Heritage, sees the beauty of diverse and hybrid cultural identities as the locus of the Cultural Concerts on Colfax series as a whole.

“This concert series is not only about historical context, but also illustrates how this influx of migration and immigration of people — which has been going on for a long time — is continually weaving this tapestry," says Fajardo. "If you step back, you can look at it and see: My gosh, everybody’s interwoven into each other, and you can make this beautiful pattern."

Elena Klaver will play a selection of Ladino music by Ladino artists or with Ladino influences. Klaver’s set list will include a song by Mimi and Richard Fariña, a song by part-Ladina artist Consuelo Luz, a song she wrote for Native American political prisoner Leonard Peltier, and an homage she wrote to Chilean singer-songwriter Violeta Parra.

Participate in Judaic Traditions of the Southwest, a free concert and conversation on Zoom, from 11 a.m. to 12:30 p.m. on Saturday, April 10, and again at 1 p.m. on Wednesday, April 21.
KEEP WESTWORD FREE... Since we started Westword, it has been defined as the free, independent voice of Denver, and we'd like to keep it that way. With local media under siege, it's more important than ever for us to rally support behind funding our local journalism. You can help by participating in our "I Support" program, allowing us to keep offering readers access to our incisive coverage of local news, food and culture with no paywalls.
Make a one-time donation today for as little as $1.