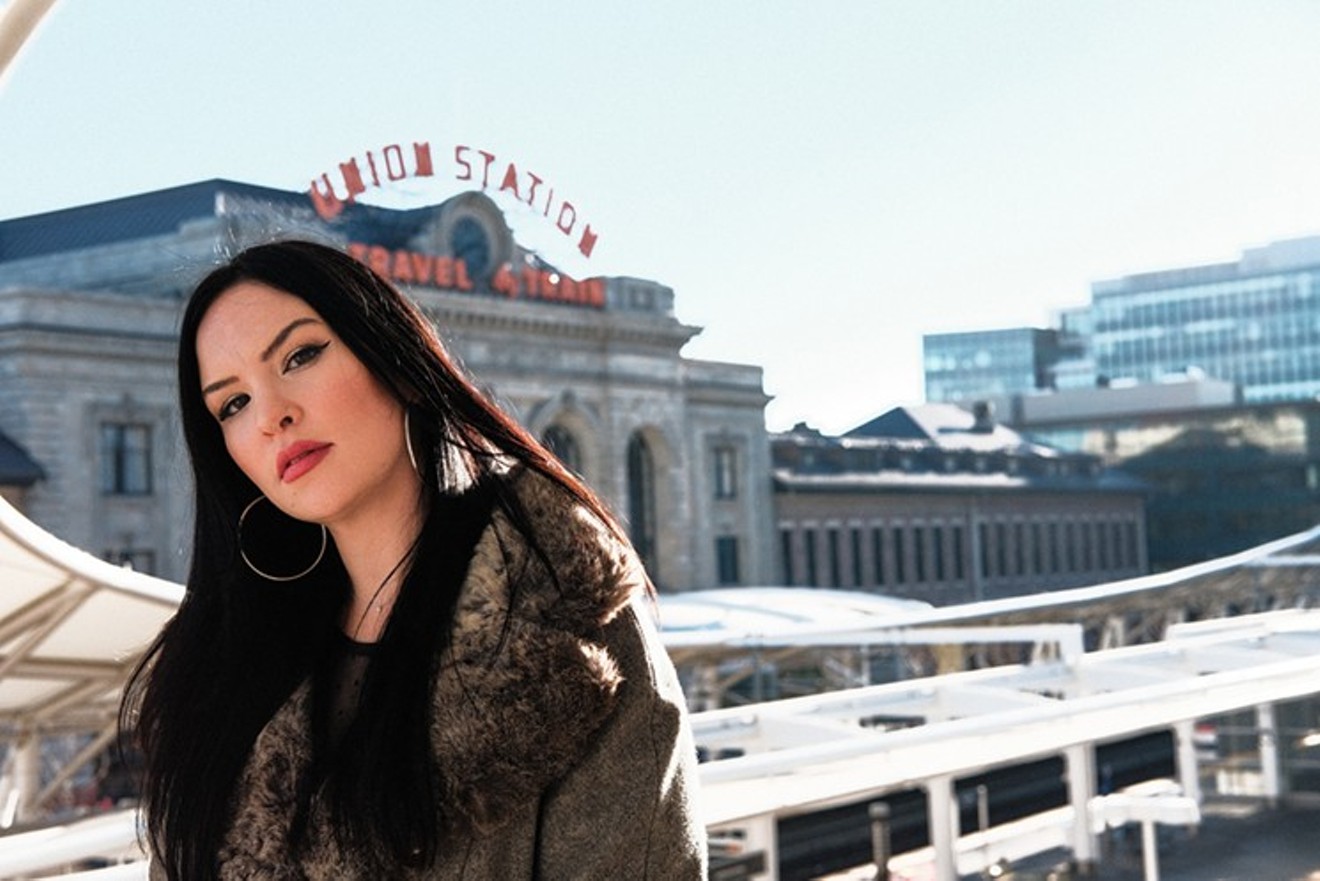 Kali Fajardo-Anstine's work keeps accumulating accolades. Estevan Ruiz
Denver author Kali Fajardo-Anstine’s already award-winning collection of fiction, Sabrina & Corina, has been honored once again, this time named one of the winners of the 41st Annual American Book Awards. The 2020 winners will be recognized in an online event on Sunday, October 25.

The American Book Awards, which are bestowed by the Before Columbus Foundation, were “created to provide recognition for outstanding literary achievement from the entire spectrum of America’s diverse literary community.” Their purpose is “to recognize literary excellence without limitations or restrictions. No categories, no nominees; just a pool of winners that include a range of writers, from the well-established to the up-and-coming. It’s also notable that there is no effort put into representation of minority or marginalized voices; the “winners list simply reflects it as a natural process.” Perhaps most important to the recipients of the American Book Awards is that they're chosen by fellow writers.

Fajardo-Anstine is in good company in the winner’s circle, joined by such literary luminaries as poet Reginald Dwayne Betts (Felon: Poems), Ocean Vuong (On Earth We’re Briefly Gorgeous), and George Takei, Justin Eisinger, Steven Scott and Harmony Becker (They Called Us Enemy). among many notable others.

“When I first saw the list, I was totally blown away,” says Fajardo-Anstine. “I am an enormous fan of Yoko Ogawa’s work, I adored Ocean Vuong’s novel, and I greatly admire the poetry of Sara Borjas. For much of my life I felt like an outsider, someone who was seemingly invisible to mainstream culture. Being honored with an American Book Award makes me feel seen and uplifted. It also makes me feel as if I have a home in literature. I am so proud to be part of this community.” Kali Fajardo-Anstine just won the American Book Award for Sabrina & Corina.
One World
The award is one of many accolades for Sabrina & Corina, including Fajardo-Anstine making the short list as a finalist for the National Book Awards last year. Fajardo-Anstine reports that it’s “been a profound journey watching the book make its way into readers' lives. The Japanese translation by Yumiko Kotake — who also translates Alice Munro — came out a couple weeks ago, and to hold my work, to view stories like 'Cheesman Park' or 'Galapago' in another language is surreal. The book’s reach has been nothing short of astounding.

“But the greatest gift Sabrina & Corina has brought me is my readers,” she continues. “Their notes of feeling seen, of connecting to my characters, of feeling empowered to tell their own stories — that is why I became a writer.”

Kali Fajardo-Anstine’s Sabrina & Corina will be one of several books honored at the American Book Awards in an online ceremony at 3 p.m. October 25. For more information, visit the event website.
KEEP WESTWORD FREE... Since we started Westword, it has been defined as the free, independent voice of Denver, and we'd like to keep it that way. With local media under siege, it's more important than ever for us to rally support behind funding our local journalism. You can help by participating in our "I Support" program, allowing us to keep offering readers access to our incisive coverage of local news, food and culture with no paywalls.
Make a one-time donation today for as little as $1.