Numina is the ethereal swamp world found in Convergence Station. Meow Wolf
A friend who visited Convergence Station at Meow Wolf Denver had only one complaint. "There's just too many kids, man," he recalls. "I was on mushrooms, and the last shit I wanted to see was this kid running around on TikTok, and another leaping out of nowhere to take the seat I was eyeing in this alien bubble thing. I almost threw him over the ledge."

In response to requests from those who'd like to experience a child-free Convergence Station, Meow Wolf began hosting 21+ nights, dubbed the Adulti-Verse, at the start of the year. On these evenings, adult patrons are able to trip through the multiple universes in the massive installation, drink in hand, and experience Convergence Station without a kid in sight.


"We originally started Adulti-Verse as a trial. We wanted to see how well it would work from a guest perspective and operational standpoint," explains public relations manager Erin Barnes. "It turned out that it was wildly popular, ran smoothly, and was a lot of fun for everyone! But we had still only planned a limited number of them, so we took a break, regrouped, and launched again when we had fun new themes and surprises planned out. ... Adulti-Verse is here to stay!"

The second Adulti-Verse of 2023 happens Wednesday, February 1. Tickets are $49.

Here are five places you won't want to miss during the Adulti-Verse (and where you won't run into kids, either):
click to enlarge 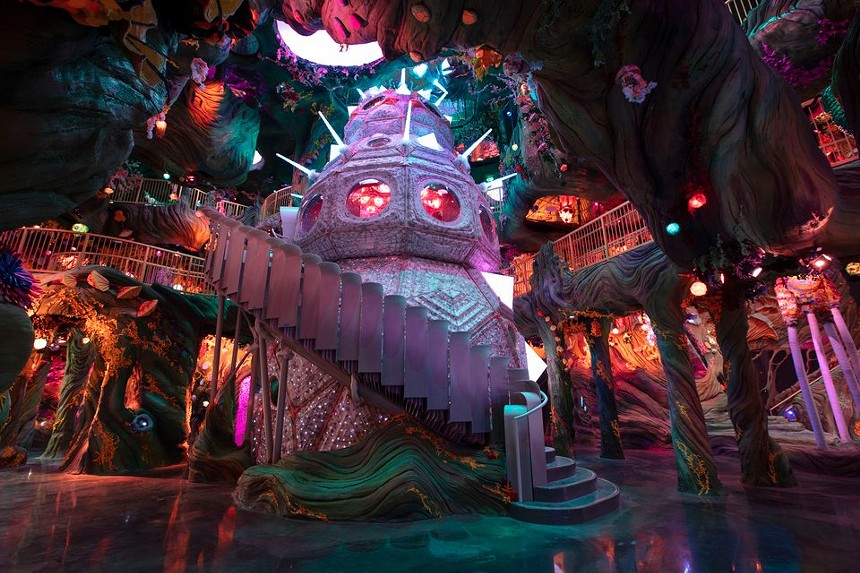 Cosmohedron in Numina.
Kate Russell
Cosmohedron
That "alien bubble" can be found in the universe Numina, known for its ethereal yet swampy atmosphere teeming with secret nooks. On the second floor of the Cosmohedron is the Frog Egg Garden designed by Emmanuelle John; inside, you have a bird's-eye view of the mystical installation. But that's not all: If enough people sit on the cushioned depressions around the circular room and touch the windows, the colorful ceiling comes alive.
click to enlarge 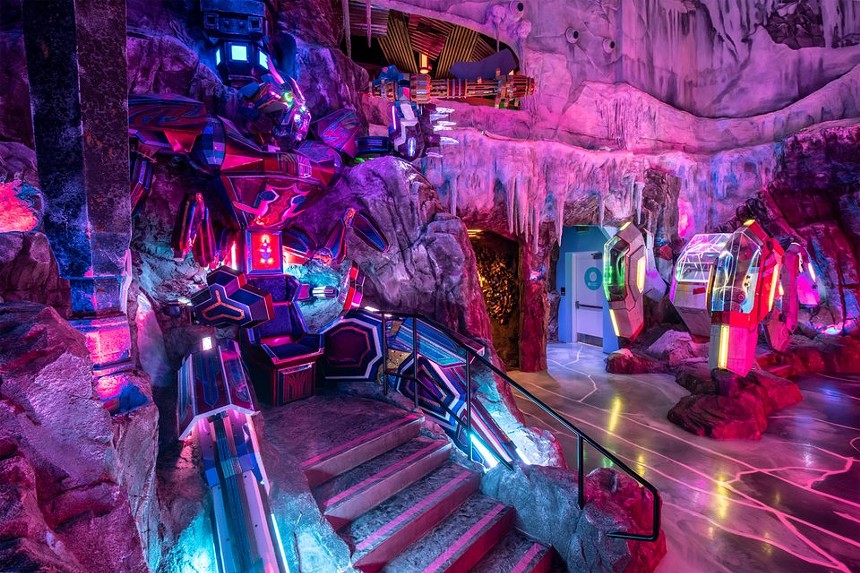 Mex Robots
Upon entering the icy world of Eemia with its colorful Kaleidegothic Cathedral, you can't miss the two robots that offer thrones designed by the brain behind Eemia, Matt King, a co-founder of Meow Wolf who passed away in July. From these seats, you can play with various controls and buttons and control the lasers that reflect in the celestial ceiling — and you might even end up opening a wormhole. Since no kids will be around, this will be a good time to fully check out the cathedral; depending on your mindset, it might make you think of a psychedelic, mini-Hagia Sofia built by aliens.
click to enlarge

Adults are in the driver's seat of Rocket Car during the Adulti-verse.
Kennedy Cottrell
Rocket Car on C Street
Like most everything in Meow Wolf Denver, this car parked on C Street is meant for interaction. It's also a kid favorite, so if hordes of children bumped you out of a chance to rev the engine, the Adulti-Verse is your chance. Play with all the levers and buttons and widgets, and see what you can activate from inside the vehicle designed by Christopher Miller.
click to enlarge

Magic Hollow is more magic without kids.
Nathan Hindman
Have Your Fortune Told at Magic Hollow
While you're on C Street, visit Magic Hollow, a haunted psychic shop designed by Moss Lair. If you see Sid the Psychic wandering about with a stethoscope, be sure to ask for your fortune: He'll tell you where you can go in Convergence Station to have your troubles disappear, even if for just a short while.
click to enlarge 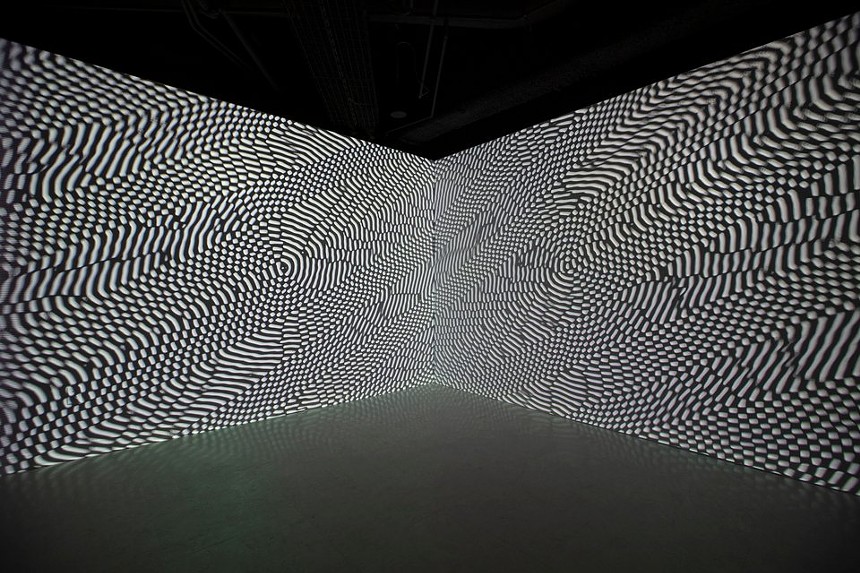 Moiré Room can be a psychedelic experience.
Kate Russell
Moiré Room
This secret room, made by local artist and DJ Cache Flow, is located in the world of Ossuary. Flowing black and white lines are projected throughout the room and interact with your movements, making this a prime spot to snap an interesting photo. Fair warning: Meow Wolf cautions that this may be a difficult space for those who are especially sensory-sensitive or epileptic. And it's also going to be tough if you've indulged in too many adult beverages during the Adulti-Verse.

Meow Wolf's Adulti-Verse, the first and last Wednesday each month. Tickets are $49; find more information on Meow Wolf Denver here.
KEEP WESTWORD FREE... Since we started Westword, it has been defined as the free, independent voice of Denver, and we'd like to keep it that way. With local media under siege, it's more important than ever for us to rally support behind funding our local journalism. You can help by participating in our "I Support" program, allowing us to keep offering readers access to our incisive coverage of local news, food and culture with no paywalls.
Make a one-time donation today for as little as $1.
Emily Ferguson is Westword's Culture Editor, covering Denver's flourishing arts and music scene. Before landing this position, she worked as an editor at local and national political publications and held some odd jobs suited to her odd personality, including selling grilled cheese sandwiches at music festivals and performing with fire. Emily also writes on the arts for the Wall Street Journal and is an oil painter in her free time.
Contact: Emily Ferguson