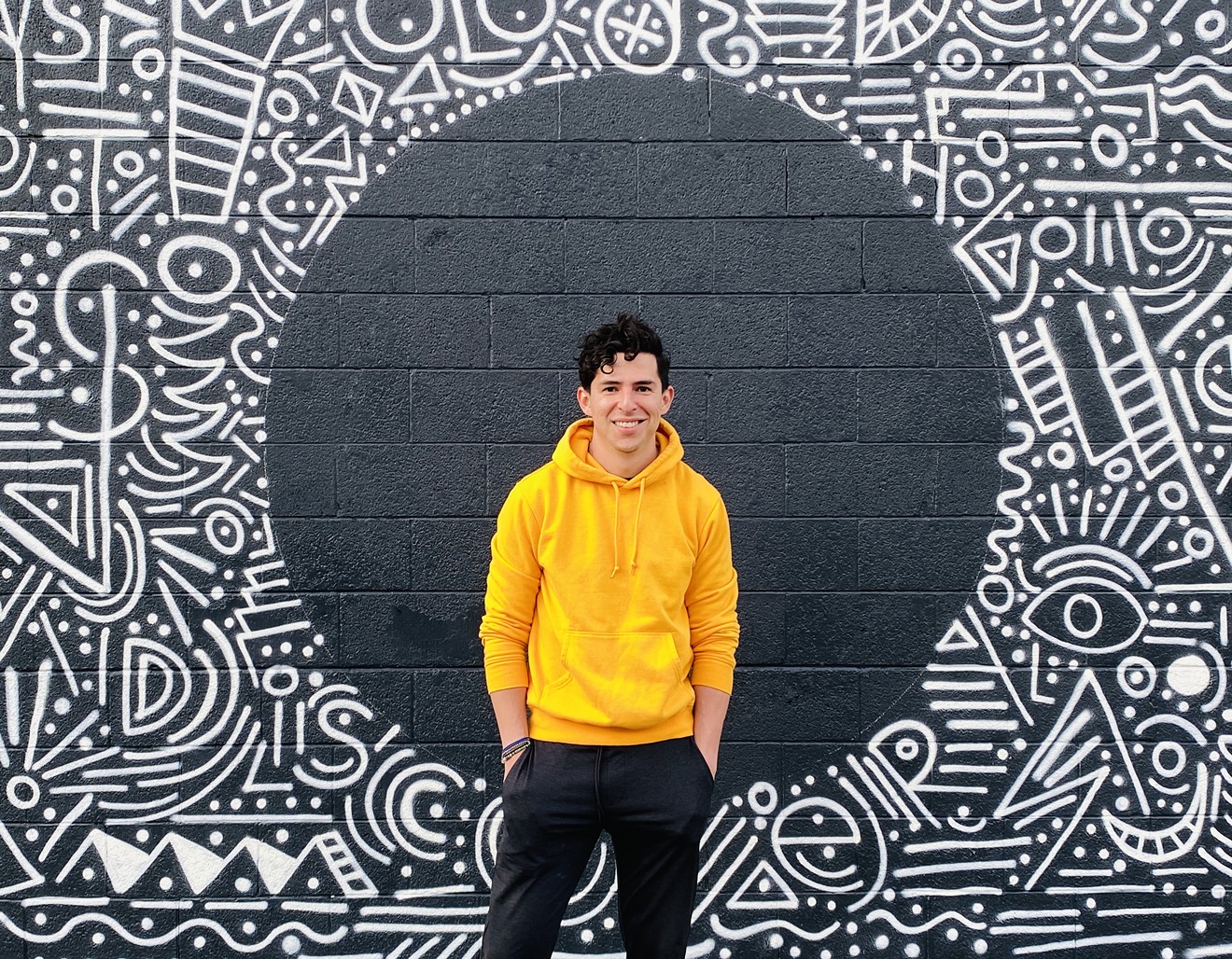 Carlos (Charlo) Garcia Walterbach in front of one of his murals. Charlo
When artists look to social media to promote their work, Nextdoor — a social networking service usually shared by neighbors seeking a pet sitter or discussing nearby construction — is probably not the first platform that comes to mind. But for Denver artist Carlos Garcia Walterbach, aka Charlo, it garnered some amazing opportunities.

Originally from Monterey, Mexico, Charlo moved to Orange County, California, in 2013 to pursue a career in graphic design. Digital and graphic design were not necessarily his passions, but he wanted to be able to make money and avoid the starving-artist persona.

He and his husband moved to Denver in 2019 so they could both pursue career opportunities, but as the pandemic hit in 2020, Charlo found himself drawn away from the graphic design world and back to the sketchbook.

He turned to Nextdoor and asked if anyone had a blank wall on which he could paint a mural. "Someone told me they had a garage door, and I was like, 'Oh, why not?'" he recalls. "That triggered this chain reaction that allowed me to make murals all over the city."

After he posted a photo of the first garage door, other people contacted him and asked for murals on their doors. While summer 2020 activities consisted of staying indoors and baking sourdough bread for many people, for Charlo it was an artistic renaissance.

In 2021, Amazon saw what Charlo was doing on Nextdoor and reached out, asking if he could do a mural in one of its warehouses in Colorado. He ended up painting a mural in the lobby, one of the biggest ones he's ever done. "I felt like I [worked] at Amazon for two days," Charlo jokes. "I felt very honored to be able to function as a staff member who was able to make a joyful experience there." 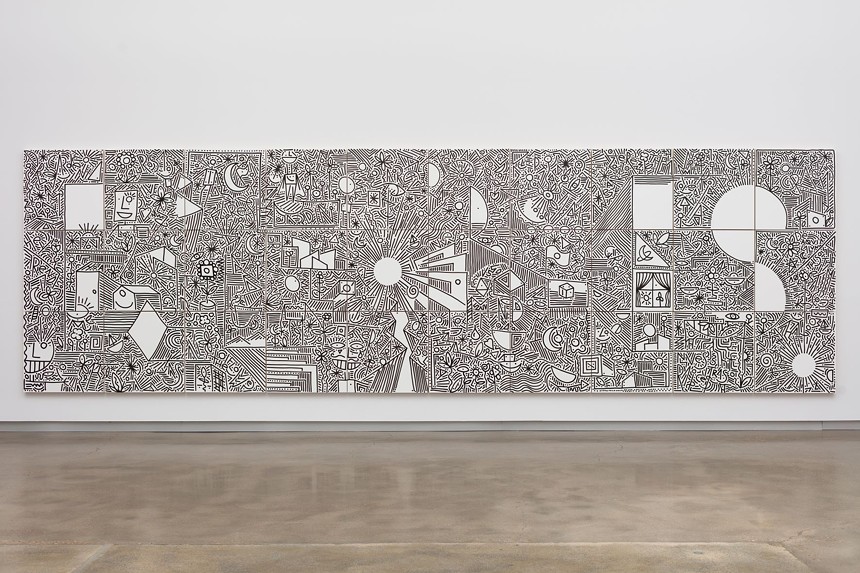 The puzzle mural will be on display this weekend.
Charlo
On Saturday, August 20, New Collection, an art collaborative that funds artists' projects, will host Charlo's first solo exhibition at a space in Highland. There will be 57 works of art on display, split into three groups. The first is a 187-square-foot puzzle mural made up of thirty wood panels; the overall mural is painted on the wood, and visitors can purchase individual panels, which will be delivered to them when the exhibit is over. "I got really excited with that idea of scattering the pieces around, and maybe the mural will never get together again," Charlo says.

The next group is a series of 24 drawings that he did this month, and the third group comprises art that he did while at the Denver Art Museum.

The exhibition as a whole is titled The Gratitude of the Flowers. "Being grateful is something that I hold really close to my heart," he says. "My parents in Mexico, they grew up in a lot of need, so they really tried to pass on to my sisters and I to be grateful for what you have, because you don't know if you're going to have it tomorrow. When the opportunity to have a show at the gallery came up, it was one of the first things that came up: how grateful I was."

Charlo's pre-marriage surname was Flores. "Flores" is Spanish for "flowers," and at one point he thought about what flowers would be grateful for. They would be grateful for the sun, for water, for the wind and even the other flowers around them, he decided. Symbols of those elements are present in his puzzle mural.

All of Charlo's artistic sides will be on display in the exhibit. "There's a graphic designer, artist and muralist inside me," he concludes. "The designer, muralist and artist are all kind of speaking now in this show."

The Gratitude of the Flowers is up through August 28 at 3758 Osage Street; admission is free.
KEEP WESTWORD FREE... Since we started Westword, it has been defined as the free, independent voice of Denver, and we'd like to keep it that way. With local media under siege, it's more important than ever for us to rally support behind funding our local journalism. You can help by participating in our "I Support" program, allowing us to keep offering readers access to our incisive coverage of local news, food and culture with no paywalls.
Make a one-time donation today for as little as $1.
Katrina Leibee, a recent graduate of Colorado State University, is an editorial fellow at Westword, covering politics, business and culture.
Contact: Katrina Leibee
Follow:
Twitter: @katrinaleibee