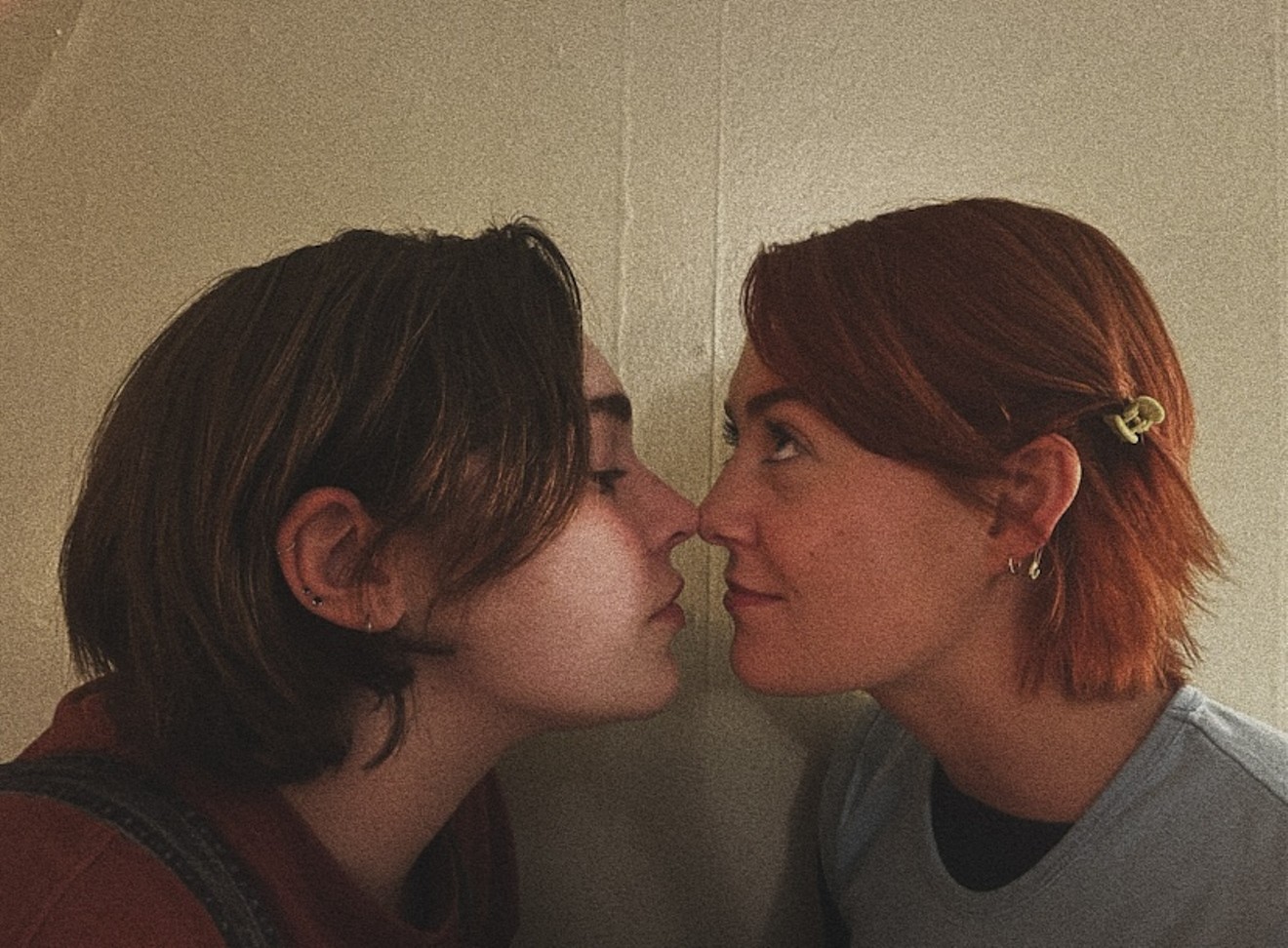 Izzy Chern and Gracie Jacobson. Courtesy of 2¢ Lion Theatre Co.
The 1990s and early 2000s were a queer time for culture, which makes it the perfect setting for a nostalgic coming-of-age story about gay love.

“One thing that I think is seriously lacking in our world is period pieces about the 1990s and 2000s,” says Kevin Douglas, co-founder and executive director of the nascent 2¢ Lion Theatre Company and writer of its upcoming play, Clink, Clink. “While it was just a period of immense uncertainty for the rest of the country, for me it will always be most strongly associated with growing up and the stories of my youth.”

Douglas understands that period pieces aren't often inspired by such recent eras, but he believes that these decades are key to understanding the current changes in our culture. When another of the theater’s co-founders, Izzy Chern, asked him if he would write a play about two women in love during that time for 2¢ Lion, he jumped on the opportunity. Clink, Clink will premiere at the University of Denver Black Box on Friday, December 9. 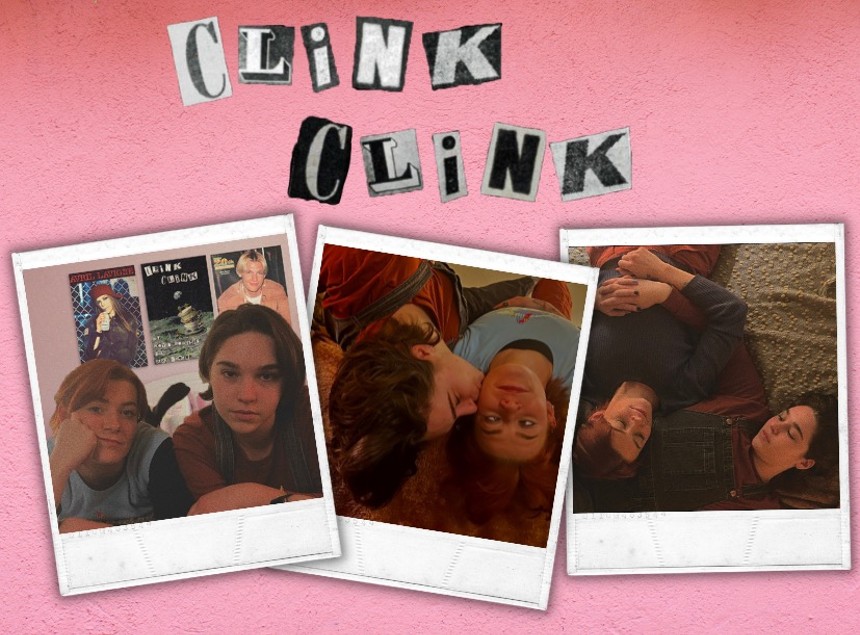 Courtesy of 2¢ Lion Theatre Co.
Douglas, Chern and Gracie Jacobson formed 2¢ Lion Theatre Company in January 2022, after graduating from the University of Denver the year before, in the middle of the pandemic. The organization's name is derived from the founders' astrological signs: Both Douglas and Jacobson are Sagittarius (the two Sagittariuses became 2¢), and Chern is a Leo (hence the Lion). The three had anticipated dedicating their lives to theater, but were unsure of what that would look like after college. “Being a working actor or theater artist has never been the easiest career to pursue, or one that has a ton of money in it,” says Jacobson. “And the pandemic has only exacerbated deep structural problems within the theater industry.”

Rather than give up, they rolled up their sleeves and got to work creating a theater company that would represent the queer community both on and off the stage. “We are dedicated to producing theater that tells unique stories written by queer playwrights and created by queer artists,” says Jacobson, the company’s managing director and a performer in Clink, Clink.

“Stories are how you understand the world, and I think things would have been different if I had seen more representation as a kid,” adds Chern (they/them), 2¢ Lion's artistic director and also a performer in Clink, Clink. “It’s a powerful opportunity to use our company to create queer stories for a younger generation that I wish I could have seen as a baby gay.”

But the trio doesn't want to tell queer stories through a familiar format, Douglas notes. “So much of the theater that does exist about our community is just all about queer struggle,” he says. “In this political landscape, with all the anti-LGBTQ+ bills being passed and violence against us, it is so powerful to just put queer people on stage and tell beautiful stories about life, where the characters just so happen to be gay.”

“We're opening up more positions to new people while seeking to make theater a little younger and easier to get involved,” says Jacobson. “Theater is so often a thing for old rich people, especially in the Denver community.” 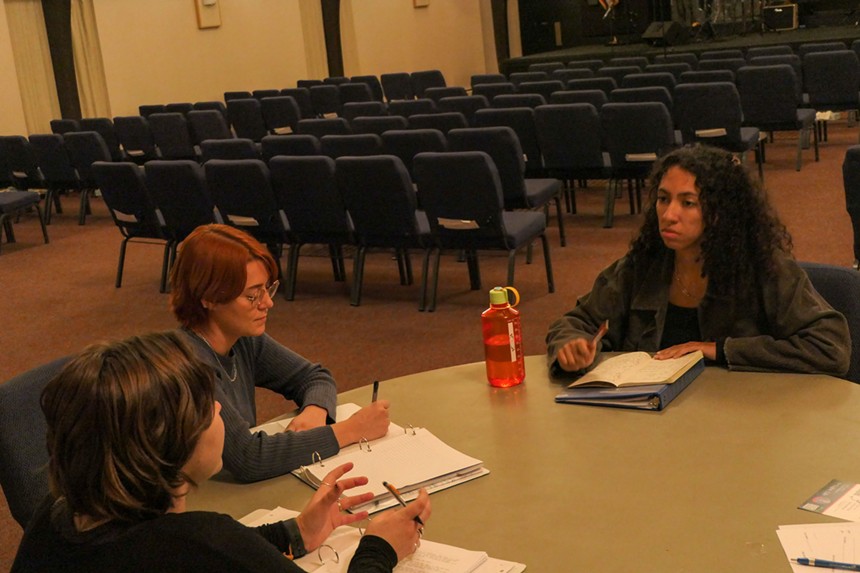 Courtesy of 2¢ Lion Theatre Co.
Clink, Clink is 2¢ Lion’s second production and follows characters Elle and Olive from 1994 to 2022 as they come to terms with their queer identities and try to figure out their life passions. The company first worked together on an original play written by Douglas, Yesterday/Today, at the 2022 Denver Fringe Festival. Yesterday/Today is a gay, multiverse adaptation of Danny Boyle’s 2019 romantic musical, Yesterday, in which a man wakes up in a world that doesn’t know about the Beatles or their music.

“The Denver Fringe Festival was like a trial by fire,” Jacobson recalls. “We had no money, which meant that we did everything ourselves. It felt like a lot was on the line, so the positive audience response and the incredible community connections we made from that festival just meant so much to us.”

In order to make the production happen, they had to raise funds through donations and corporate sponsorships. “It was really a surreal experience,” says Douglas. They were initially concerned about the play's late time slot, but it debuted at the Savoy Denver during Pride Month to the exact audience they were attempting to reach. The company was even able to turn a profit from the production.

“Yesterday/Today was the first show I had authored that was fully produced,” Douglas says. “Seeing the show brought to life was just such a great starting point, and we really learned a lot. Our work on that project and the community connections we made really set us up for success with Clink, Clink.”

After such a positive experience with their inaugural production, Chern approached Douglas in July with an idea for a play that they had been mulling over for a while. Chern envisioned it as a loose, queer adaptation of one of their favorite works, Rajiv Joseph's Gruesome Playground Injuries. The original play follows the relationship between two mismatched lovers named Elliot and Olivia over thirty years; Chern sought to use that structure to tell a decade-spanning story about two women in love.

“I just had this really clear idea of the two best-friend characters, Elliot and Olivia,” Chern says. “I knew their background, their zodiac signs and their whole lives — but I’m not a writer. It has been an amazing experience handing this story over to Kevin to create a world around the characters and stories I had in my mind.’’

After hearing Chern’s vision, Douglas was immediately drawn to the project. The time period and subject matter were completely relatable for him, which made him eager to develop the play. “I love writing, but I hate coming up with ideas,” he explains. “So when Izzy came to me with the concept for the show, it was perfect. It was exciting to get to research the slang, pop culture and aesthetics of 1994 to 2022 through the lens of these two characters.”

Douglas spent the next three months writing the script while the team worked on securing the funds and the spaces needed to produce Clink, Clink. By the time production started on the project in October, 2¢ Lion had assembled a team of eight queer artists and allies, who have been working tirelessly on the play's premiere.

Director Tamarra Nelson has enjoyed working with such an affirming, positive organization, and has particularly appreciated the conversations that have emerged in the rehearsal rooms.

“We've talked a lot about queer love and how that maybe looks different than what it would look like in a heterosexual relationship,” Nelson says. “There are many themes of playfulness and joy, because the play starts when the characters are seven. You see them when they're young, and get to watch what happens to their inner child as they grow up. It’s interesting to see what memories, media and sounds stick with them as they get older.”

Chern encourages audiences to come into the production with an open heart and mind.

“There is so much love poured into this show,” Chern says. “I think there is truly something in this play for everyone, and I hope people are prepared to let the piece impact them.”

Clink, Clink, Friday, December 9, through Sunday, December 18, 7:30 p.m. on Friday and Saturday, 2:00 p.m. on Sunday, University of Denver Black Box, Johnson McFarlane Hall, 1901 East Iliff Avenue. Get tickets and more information at twocentlion.com/shows.
KEEP WESTWORD FREE... Since we started Westword, it has been defined as the free, independent voice of Denver, and we'd like to keep it that way. With local media under siege, it's more important than ever for us to rally support behind funding our local journalism. You can help by participating in our "I Support" program, allowing us to keep offering readers access to our incisive coverage of local news, food and culture with no paywalls.
Make a one-time donation today for as little as $1.