New Podcast Explores the Magic, Folklore and Inspiration Found in the Mountains 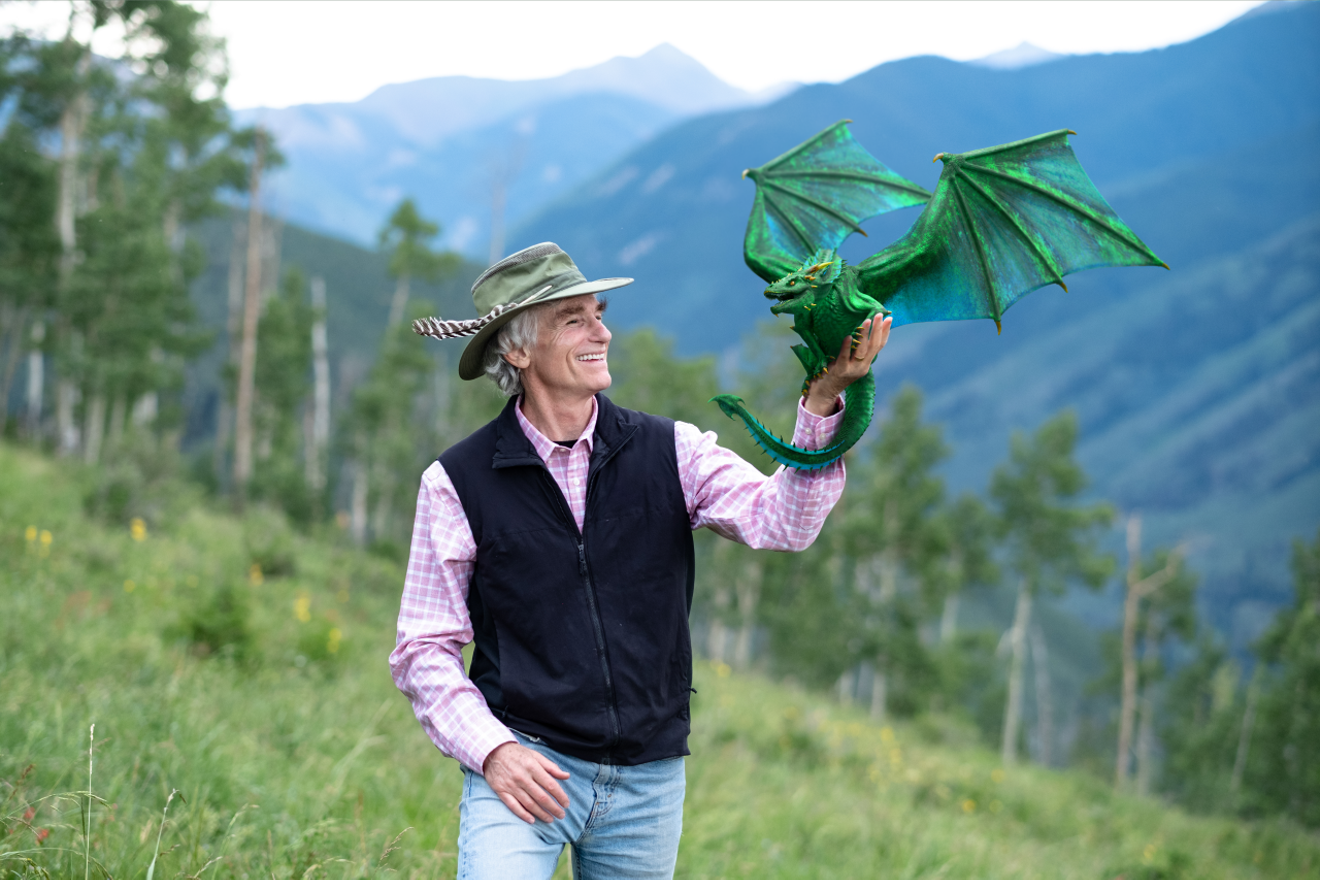 T.A. Barron talks about magic, myth, nature, and the creative process in his new podcast series. Sarah Kuhn
The connection between fantasy and the natural world has long informed T.A. Barron’s writing and environmental advocacy, and he’s turned it into a podcast called Magic & Mountains. The full season of a dozen free episodes meant to entertain and inspire will be available to stream from his website starting October 3.

The podcast delves into Barron’s writing process, the inspiration behind his beloved characters and his belief in the transformative power of nature and everyday heroism. Topics range from Celtic mythology to combating climate change and ensuring racial equity in outdoor spaces.

Fans of Barron’s acclaimed fantasy series The Merlin Saga (now being developed into a feature film by Disney) won’t be surprised by the topics covered. The author, raised for a time in Colorado, has always been a passionate conservationist, traveling the country to speak on the importance of protecting our planet and supporting young people who are making a difference in their communities through his annual Gloria Barron Prize for Young Heroes.

“I’m one of those lucky writers who really loves talking with people,” says Barron. “Speaking at public libraries, or schools, or bookstores, or conventions, whatever. I love the interaction of storytelling. For about three years, people kept asking if I’d do a podcast, and for whatever reason, I just didn’t feel ready. And then last fall, in the aftermath of Giant [his most recent book], I had to do book events by video. I was skeptical, but it really worked. I was able to welcome several hundred people at each go. It occurred to me that the podcast would be as beautiful a form for story. I liked the challenge of that.”

From there, Barron says, he began to brainstorm what he’d want to talk about. “I thought about what buckets I could come up with that I could put ideas into,” Barron says. “I came up with five. Merlin, of course, my favorite character. Another is the creative process, both the agony and the ecstasy of it. Third is nature, which runs through everything I write, no matter the genre. And then I wanted to do something on the inspiration of young heroes, these real-life kids that are doing these awesome things in the world. And finally, I couldn’t resist doing a segment on seeing your life as a story.”

That last element clearly evokes some excitement in Barron: “It’s something I keep coming back to, especially when I speak to young people. Your life is a story, and you are the author. No one else is going to write this story. So what kind of story do you really want it to be? Tell it with passion and courage and depth and honesty and beauty.” 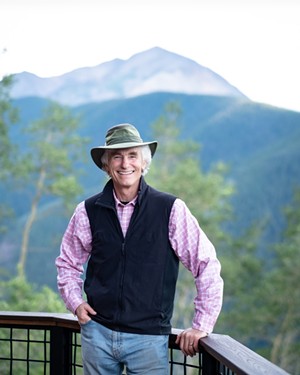 Sarah Kuhn
Barron speaks with the same sort of devotion about the sacredness of nature, including his favorite hike in Colorado, Cathedral Lake in the Maroon Bells. “There’s so much variety of wildlife and ecosystems and terrain," he says of the trek. "But that wonderful gem of a lake is always jaw-dropping.” Barron says he’s done that hike so often that he has names for various trees along the way and knows a certain spot on the trail where the air smells particularly sweet, though he’s never been able to figure out why.

Perhaps it’s the mystery that draws Barron in, because he’s definitely a lover of the mystic and the magic. “What always strikes me,” Barron says, “what goes to the core of why nature is sacred, beyond all the things we can come to understand about the natural world, why science is important, why policy to protect the outdoors is important…there’s something deeper going on. The best way I can put it is that when I’m out in nature, really out there, I feel both very, very small, and very, very big at the same time. We can feel humbled — which is good for us human beings — by the sight of those wonderful Rocky Mountain nights full of stars, or vast forests, or a cascading river. But at the same time, we can feel enlarged by those same things, because we’re a part of all that. This grand sweep of creation includes us. It’s an immensely beautiful feeling.”

Barron talks about all these things and more in the dozen episodes of the first season — some getting a single show, others spanning several. And Barron believes that this is indeed the first season of more to come. “Unless people throw too many rotten tomatoes at me,” Barron jokes. “But even then, I’d probably keep going, I’ve enjoyed it so much. I have no idea what season two would look like — I have a few ideas, but there’s so much to explore.”

What Barron is sure of is that the five buckets of ideas he’s presenting to his audience are the right thing for him to be doing. “This feels like me,” he says. “When you pull it all together — nature’s sacredness, the inspiration of young people, the beauty and depth of myth — all of these things and more, I feel like it's the closest thing to an autobiographical experience I’ve ever had.”

And there are few things better in the world than sitting at a table — even a metaphoric one experienced through a podcast — and telling stories. “I really want listeners to feel that way,” laughs Barron. “Hearing these stories told in podcast form, in my voice and from the voices of the wonderful guests that I’ve lined up — it’s going to be a great experience, I’m convinced. Just magic.”

Catch author T.A. Barron's new podcast Magic & Mountains, available starting October 3, at his website.
KEEP WESTWORD FREE... Since we started Westword, it has been defined as the free, independent voice of Denver, and we'd like to keep it that way. With local media under siege, it's more important than ever for us to rally support behind funding our local journalism. You can help by participating in our "I Support" program, allowing us to keep offering readers access to our incisive coverage of local news, food and culture with no paywalls.
Make a one-time donation today for as little as $1.