Willow Pill Brings a Dose of Denver to Drag Race 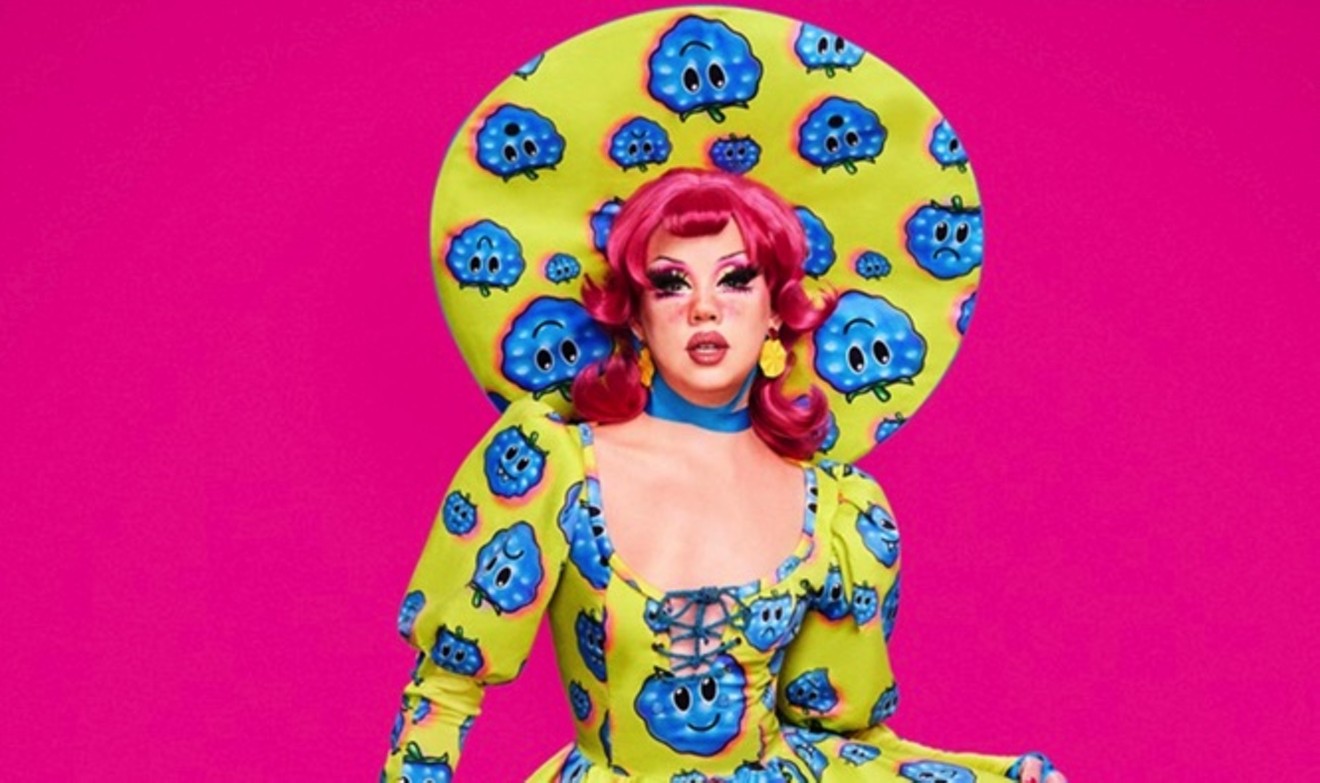 Willow Pill is, in three words, adorable, psychedelic and twisted. Courtesy of VH1
When drag queen Willow Pill got the call that she had been chosen to compete on the fourteenth season of RuPaul's Drag Race, her first reaction was not exactly what you would expect.

"I kind of immediately was like, 'I have to say no. I have to call them back and say I can't do this.' I just panicked! It was full panic," she recalls. "I was on my floor, eating leftover hangover food, and it was 10 p.m. I got a call from an unidentified number, and I was like, 'Oh, this has to be spam.' But I answered anyway, and they were like 'Condragulations, you're on RuPaul's Drag Race,' and I freaked out. I stood up and started screaming for like an hour. But thankfully, after three days of lying on the floor and going through some mental breakdowns, I was like, 'Okay, I've got to get to work.'"

The world will now watch her journey unfold on the largest televised drag platform.

Pill represents the surrealist, twisted glamour of Denver drag to a T. She was first exposed to drag as a teenager through RuPaul's Drag Race, which had just started airing its first season.

"I actually originally saw it on The Soup with Joel McHale, and they were making fun of it. I was very intrigued about what was going on, and I was confused because I thought it was really cool but didn't know how to vocalize that yet. I just watched the show for a long time and always felt like, 'I would want to do that, but there's no way that could be a reality,'" she says.

"It was just scratching at my door for a long time," she continues. "I started experimenting with makeup, and then I was like, 'Okay, when I'm 21, that's when I'll start, because if I'm going to do it, I want to be able to perform in the clubs and have the full experience.'"

She made her drag debut while attending Colorado State University and was hooked. "Right when I turned 21, I bought my first outfit at Forever 21 and did a student show at CSU," she remembers. "I thought it was maybe going to be a one-off gig, but I just fell in love with it immediately. It was such a high, and I was like, 'I have to chase this high forever.'" 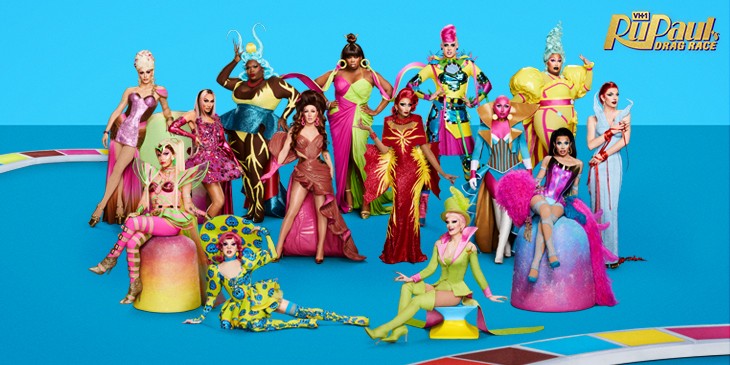 Willow Pill is one of fourteen contestants competing for the title of America's Next Drag Superstar.
Courtesy of VH1
The Willow Pill who performed in Forever 21 at CSU is a far cry from the Willow Pill we'll see on Drag Race, however. Nearly six years later, she's come into her own and carved out a niche for herself as a boundary-pushing visionary at the forefront of alternative drag. "It's taken a long time to get to where I am now with Willow Pill," she admits. "When I started, it was just doing Top 40 mixes and some of my favorite songs in cute outfits — which is still fun, but over the years, I kind of developed this chaotic character that is Willow Pill. She's kind of like a mixture of adorable and scary, and very embarrassing and sad, but also very psychedelic and trippy."

Pill's drag plays on contradictions and juxtaposition, both visually and emotionally.

"For my looks and my performances, I always want it to be an experience or a story that's happening. I pull a lot of my inspiration from psychedelics, from mushrooms and LSD, and just from madness, as well. I like to take lots of darkness and trauma that's happened in my life and turn it into something kitschy and sad and hilarious. So whenever I'm performing, I want there to be more than just one emotion that the audience is feeling," she explains. "With my looks, I pull a lot of inspiration from the ’60s and ’70s. I want it to have that twisted or psychedelic feel, where something is sort of off, with the rest of the outfit. So either my ears are ginormous, or my eyes are bloodshot, or my feet are ginormous — something that catches your eye and is just a little bit wrong."

One of the biggest sources of inspiration for Pill's conceptual drag looks is her lifelong battle with cystinosis, a chronic kidney disease that causes problems with the eyes, throat and muscles. The name "Pill" actually comes from the fact that she has to take upwards of twenty pills a day to manage her disease. "Willow" came from the Buffy the Vampire Slayer character Willow Rosenberg. (As Pill notes, "I always wanted to be a lesbian witch.")

"I have said sometimes that my illness contributes more to my drag than even my queerness or trans-ness does. I can't really be myself in drag if that's not a part of the conversation," says Pill. Her experiences with chronic illness, including a kidney transplant at fourteen and years of watching comedies while hooked up to dialysis machines, make up the backbone of her dark sense of humor.

"In my opinion, there's no way to survive with a chronic illness without humor," she says. "It comes out of necessity; otherwise you'll drown in it."

While on Drag Race, Pill intended to use the platform to bring greater visibility to those living with chronic illnesses, in the same way that her dear friend, frequent collaborator and fellow Denver queen Yvie Oddly did during season eleven (which she won), when she opened up about living with Ehlers-Danlos syndrome. The two even released a song together last year, "Sick Bitch," about confronting chronic illness with humor.

The pair met at Pill's debut at the CSU student show, where Oddly was also performing. It was the beginning of a beautiful and bizarre friendship. Pill decided to do a mini-documentary about Oddly for a film class she was taking, "and that's when we really got to know each other and started working with each other."

Now they consider each other family, often referring to each other as drag sisters. "We kind of landed on sister, but it's really anything," explains Pill. "It's not a very traditional relationship that we have, as far as drag families go. We're really friends first, and we're both unconventional drag queens, so our relationship is going to be unconventional. We just have a drag connection and a human connection that's really sacred to me." Once Oddly took home the coveted Drag Race crown in 2019, Pill had a feeling she would follow in her sister's footsteps.

"Being on Drag Race was something Yvie and I had talked about for years," she says. "I think we both knew it was inevitably going to happen. I don't know if that's delusional confidence or just being smart, but we could feel it. It just felt like she was going to pass the torch to me." Willow Pill and Yvie Oddly on the set of their "Sick Bitch" music video.
Brian Degenfelder
Oddly sent Pill off to Drag Race with some crucial words of wisdom. "Her biggest piece of advice was just to have fun," says Pill. "Because she didn't have the most fun when she was there. ... If you saw her season, you know she fought a lot with the other queens, and she was in her head a lot. Even though it worked out for her in the end, she was like, 'One thing I would change is just have more fun.' It was great advice, and I carried it with me the whole time. It's simple, but it really helped me be present while I was on the show."

Having a strong support team, including Oddly, helped Pill with the daunting process of preparing for Drag Race. "I worked with some Denver designers, I worked with friends, with family. When I was getting ready, it was like a big Santa's workshop happening. It was a madhouse. It was a really fun time. It was awful, but it was fun," she says.

Catch Willow Pill representing Denver on RuPaul's Drag Race, Fridays at 6 p.m. MST on VH1, and in person on Saturday, January 29, at X Bar, 629 East Colfax Avenue; advance tickets are $10 (10 p.m. GA entry) or $15 (9 p.m. entry with Willow meet-and-greet) at xbardenver.com/events.
KEEP WESTWORD FREE... Since we started Westword, it has been defined as the free, independent voice of Denver, and we'd like to keep it that way. With local media under siege, it's more important than ever for us to rally support behind funding our local journalism. You can help by participating in our "I Support" program, allowing us to keep offering readers access to our incisive coverage of local news, food and culture with no paywalls.
Make a one-time donation today for as little as $1.