Euclid Hall was one of the first upscale restaurants in Denver to tailor its menu — full of rich, hand-cranked sausage, poutine and cheeses — to beer rather than wine, and Denver hasn't stopped loving the combination. Over the past few months, however, Euclid Hall has upped its game, hosting a variety of events and evenings featuring beers on tap that are just as brilliant as the menu items — and matching together in a way that makes you realize that in Denver, beer really is the new wine. 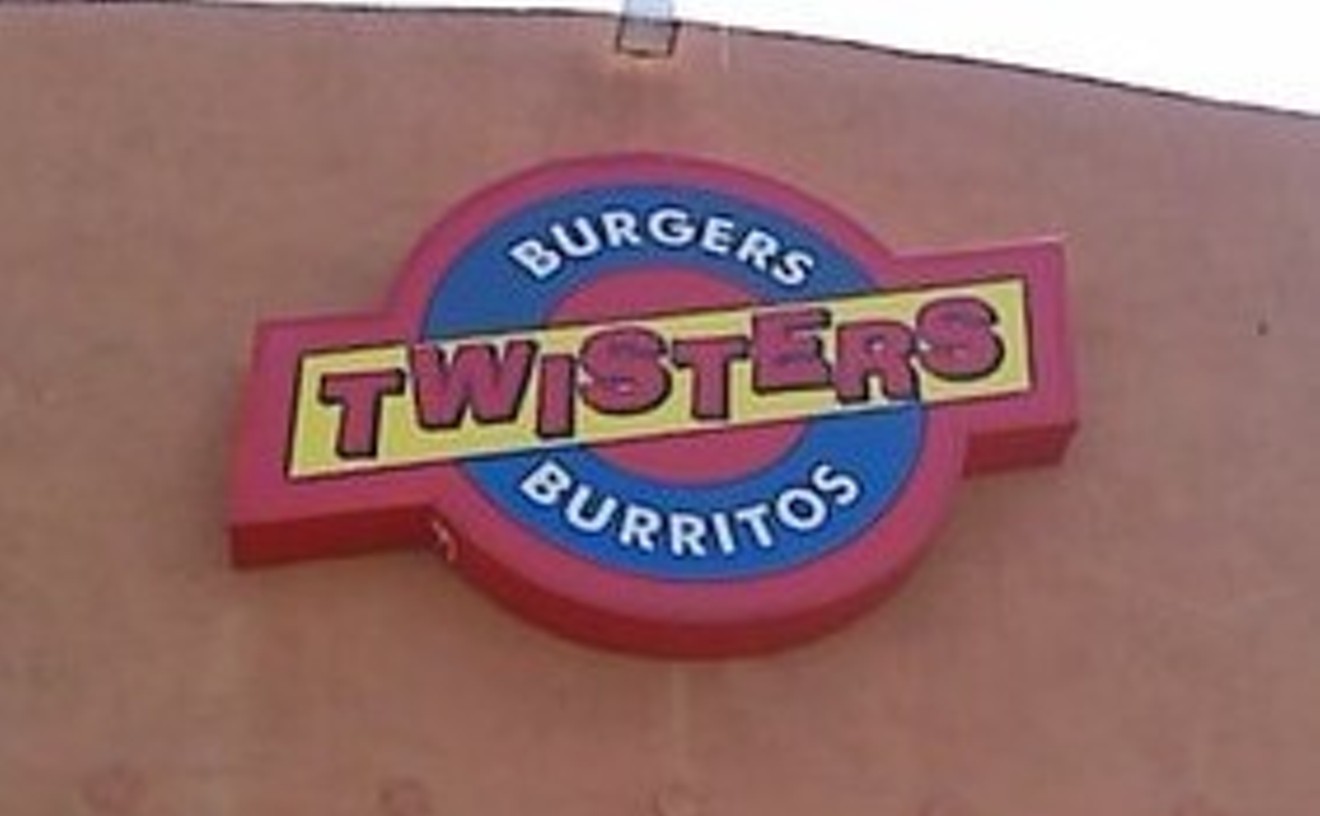 This New Mexico-based chain, which has four locations in the metro area, doesn't serve fast food — as evidenced by its lengthy menu of made-to-order burritos and enchiladas, all of which come draped with either green or red chile. The red chile is a revelation: bright, pungent, sassy and even a little fruity. Made with New Mexican chile powder, chile pequin and garlic, it's the hue of sun-baked rust and, unlike the green chile, which is prepared with chicken stock, is truly vegetarian. But we won't hold that against Twisters.

Best Restaurant for a Last Meal

If you're going to go out, you may as well go out with a hedonistic, gluttonous, cardiac-arrest-inducing bang, and the best place to find that in this city is Euclid Hall, a restaurant just off Larimer Square that's devoted to suds and swine. Here you can stuff yourself on some of the richest foods the world has to offer: fat-laced sausages, platters of gravy-laden poutine, crispy pig's ear pad Thai, fried cheese curds, brûléed bone marrow and maple-syrup-drizzled fried quail and waffles. You can polish your feast off with foie gras ordered by the ounce — and wash it down with some of the rarest beers around. Euclid Hall pays playful respect to decadence and indulgence, and it pulls dinner off flawlessly every single time — so if you have to die, you'll die fat, drunk and happy. 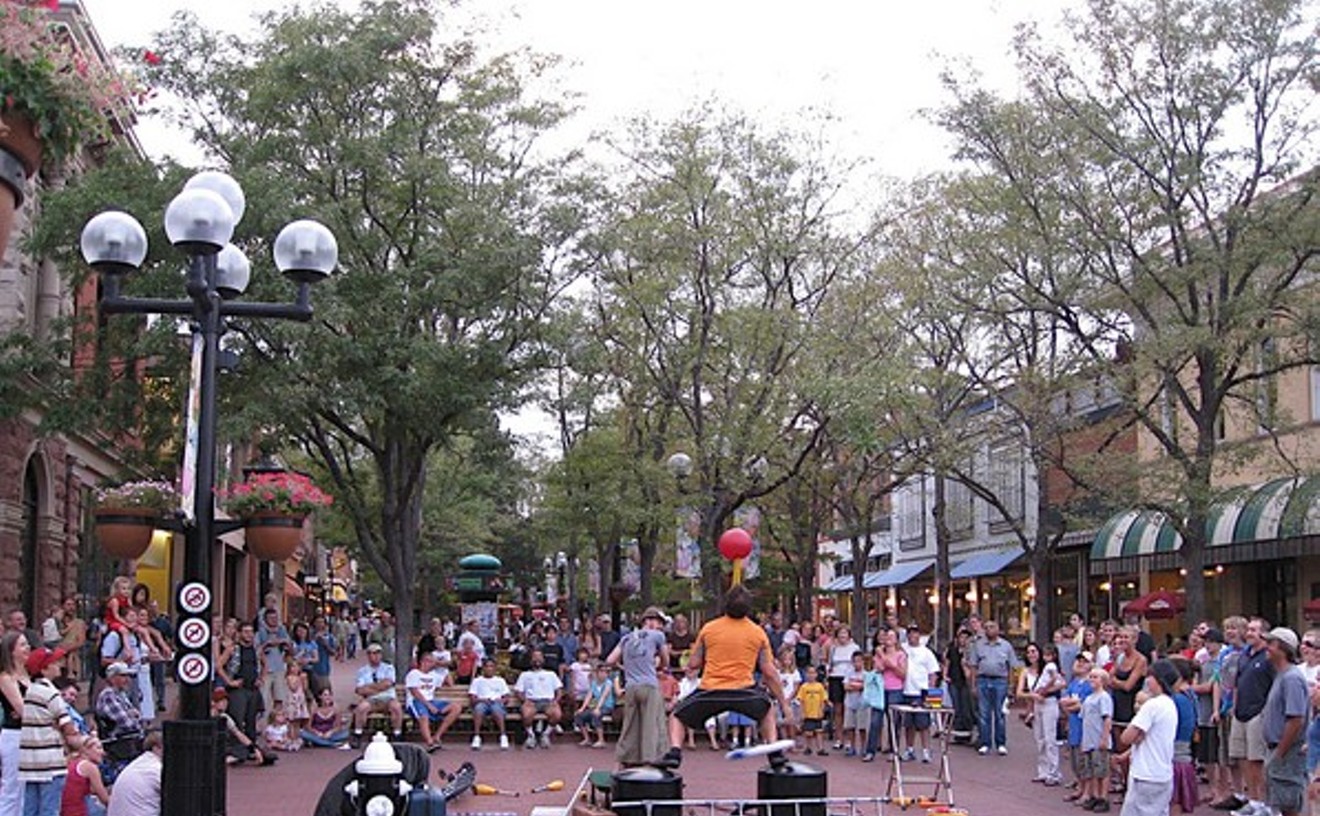 Pearl Street Mall, the pedestrian promenade that features everything from dreadlocked stoners to dramatic tightrope walkers, also happens to pimp some of the best restaurants in the state — and we're not just talking about Frasca Food and Wine. Frasca's next-door sibling, Pizzeria Locale, is just one of the many reasons why this quirky hub of grub houses continues to awe our palates. There are restaurants for every taste — and several other new kids on the block, including the sultry Pearl Street Steak Room; Riffs Urban Fare, where chef John Platt struts his mad culinary skills; and the Kitchen [Next Door], a jovial community pub that's the third notch in the belt of the Kitchen and the Kitchen [Upstairs] clan. Last fall, Snooze opened on Pearl Street, too, giving breakfast geeks its sigh-inducing pineapple upside-down pancakes, and Oak at Fourteenth recently rose from the ashes, better than ever. And so is the dining landscape on the Pearl Street Mall. 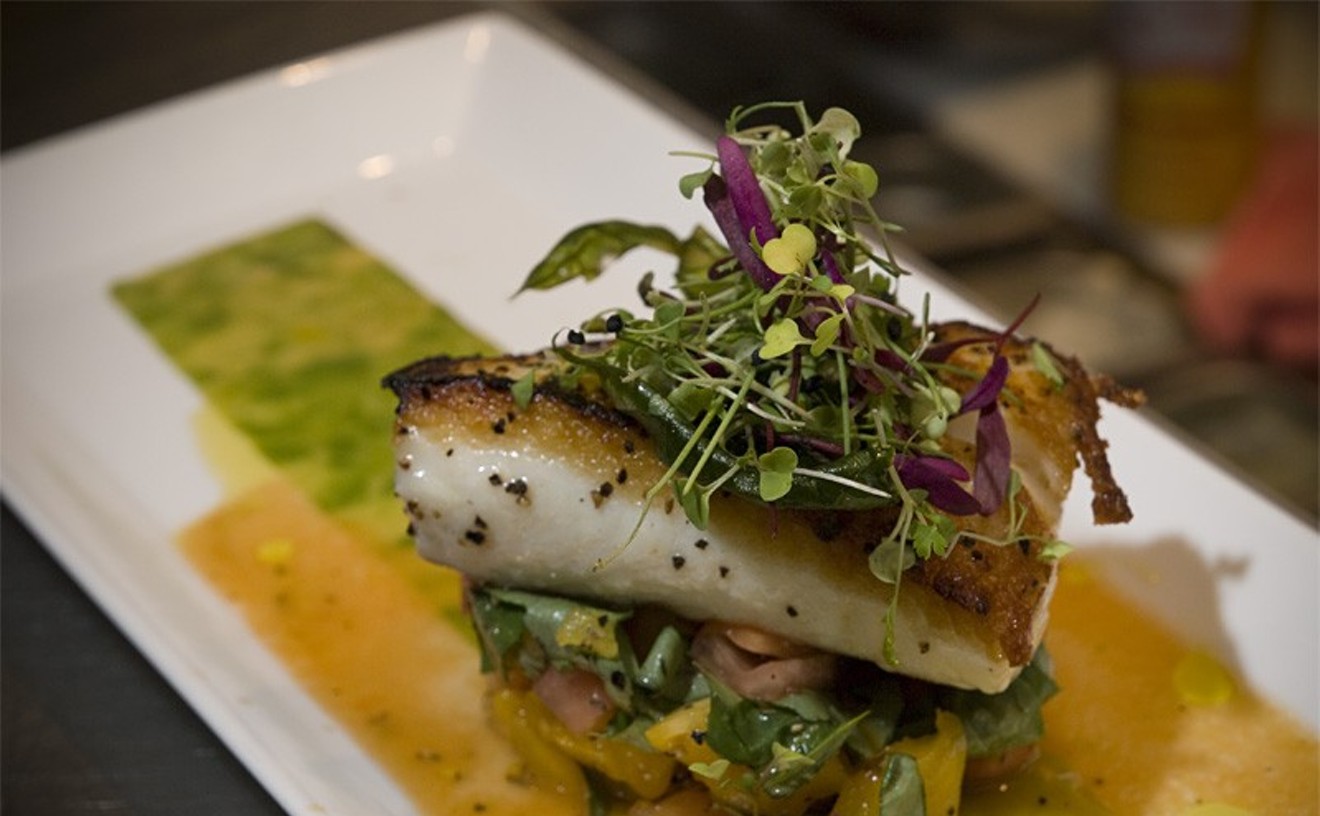 How does your garden grow? Just ask Olav Peterson, the exec chef/owner of Bittersweet, who skillfully designed his fetching urban patio to ensure that his menu stays seasonal and fresh through much of the year. Strewn with shrubbery and shady trees that shimmer in the sun- and moonlight, as well as edible flowers, dozens of herbs and an abundance of vegetables, including squash and zucchini, numerous varieties of heirloom tomato plants, Swiss chard and collard greens, this is a gorgeous garden patio that makes eating in the great outdoors even greater.

Best Restaurant Patio With a View 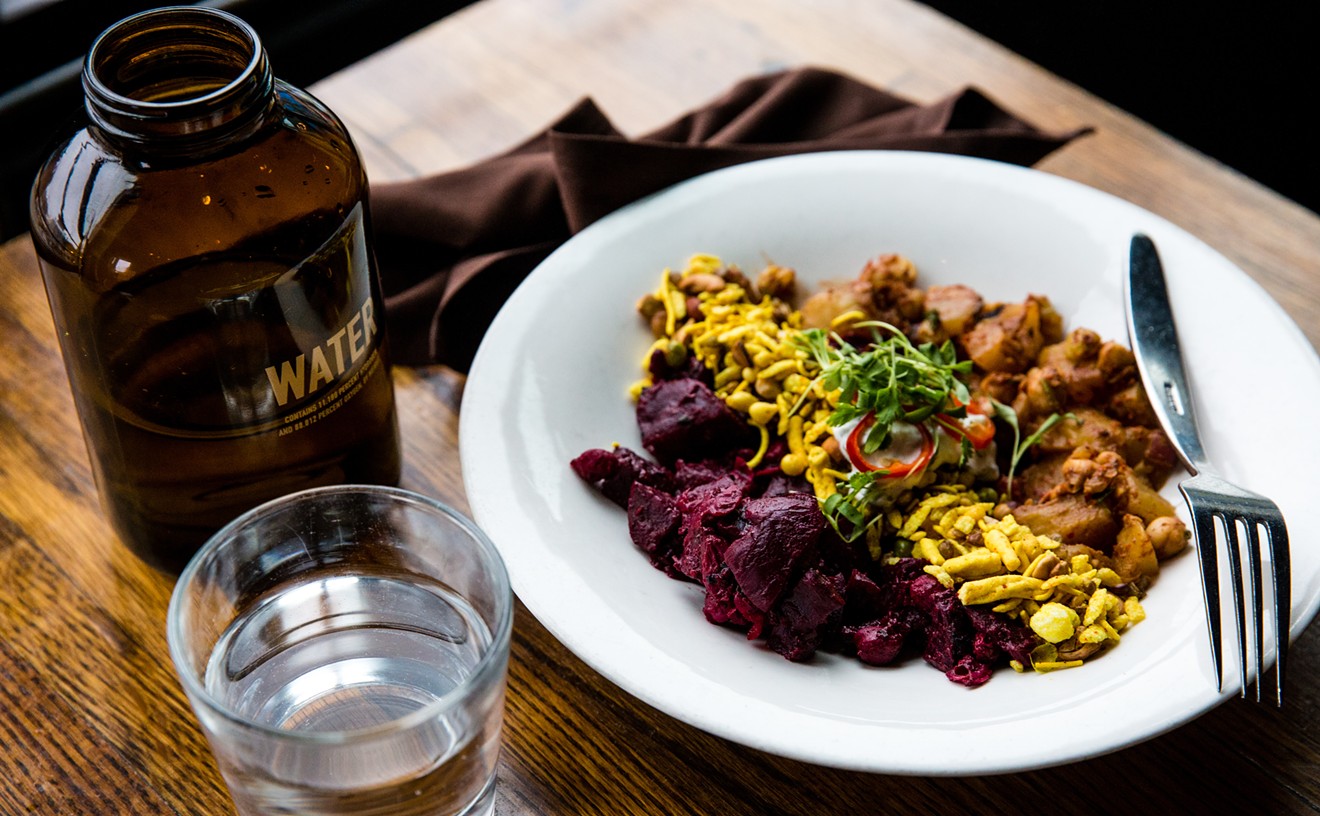 Justin Cucci's redesign of the old Olinger Mortuary is stunning, and the view of the skyline from inside Linger is lovely, too. But from high on the rooftop deck, tucked just below the old Olinger sign, the sight of the city stretching out before you is positively breathtaking. And while you point out features of the Platte Valley and downtown Denver beyond — even Pikes Peak on clear days — you can sip cocktails poured specially for this part of the restaurant. Even the patio itself is a pretty picture: At night, it twinkles under strands of Christmas lights and takes on an air of intimacy — no matter that it's usually packed to capacity. And soon, Linger will have a kitchen up there, too. 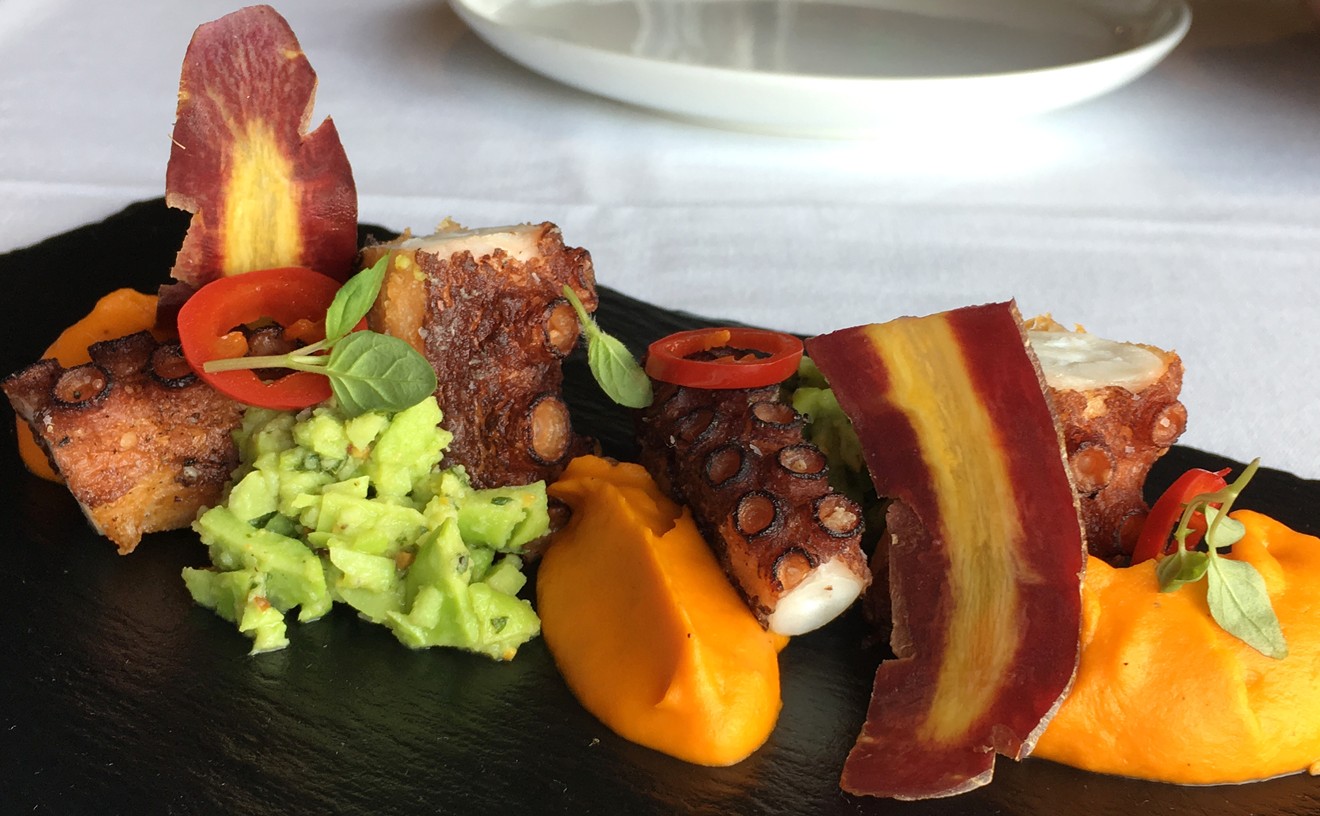 This past summer, when owner Blair Taylor took the staff of his twenty-year-old restaurant on their annual trip to Italy, he used the time to give the interior of Barolo Grill an update, keeping the red-and-gold color scheme but getting rid of the '90s-era wall hangings and artwork in favor of a cleaner, more classic feel. The menu, too, has been updated. Barolo still offers two ways to dine: à la carte, or from a fixed-price, five-course tasting menu. But the kitchen's offerings have become more playful, with unexpected combinations — such as risotto and escargot — and unusual garnishes, including persimmon and pumpkin flakes. Impeccable service caps off the experience, and as this restaurant enters its third decade, it has not only reaffirmed its relevance to the Denver dining scene, but evolved into an exciting spot that keeps getting better.

Best Rise From the Ashes

Business at the six-month-old Oak at Fourteenth was on fire when the restaurant actually caught fire last March, forcing owners Bryan Dayton and Steve Redzikowski to rebuild their spot from the ground up. It was a long road back, but after nine months the partners finally reopened Oak's doors in December, revealing a restaurant that was even better than before. Besides making some big changes to the aesthetic — including an expansion and a decor scheme focused on warm woods and light-blue glass — the partners revamped the menu and drink list, keeping their upscale North American neighborhood restaurant theme but adding a few twists and surprises, including housemade, bottled alcoholic sodas. 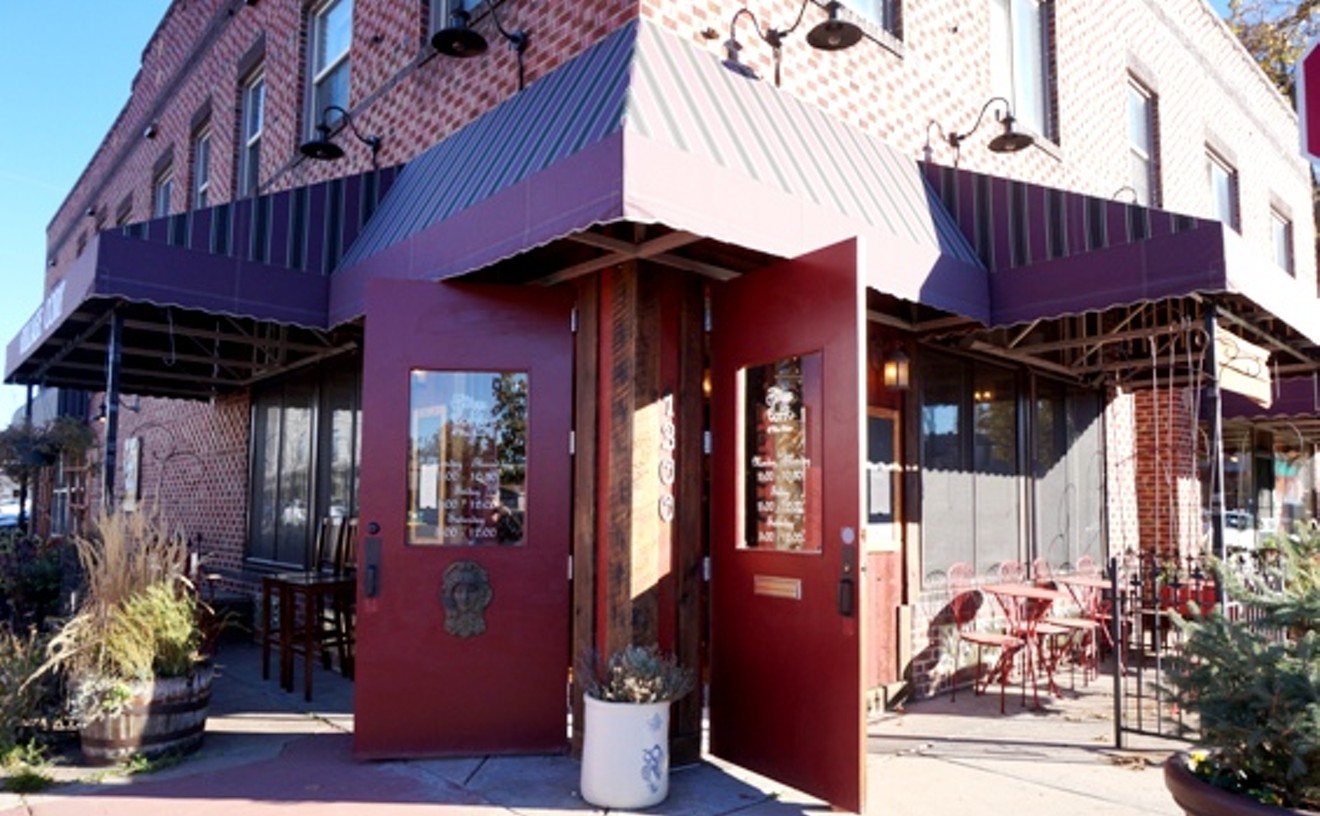 Forget Smashburger and Chipotle. Samir Mohammad, the chef of Village Cork, is the best thing to emerge in Denver in years. Long before he could drive, the Miami-born kitchen king, who was raised in New Mexico, was blistering his hands cooking red and green chile, flipping burgers and tossing pizzas, shaping a culinary career that would ultimately lead him to Denver — and to his own unassailable brand of globe-trotting cuisine, which he shares with enamored diners who drop their jaws in awe at each plate. His kitchen might be limited in equipment, but there's no end to his mad talent and chutzpah. 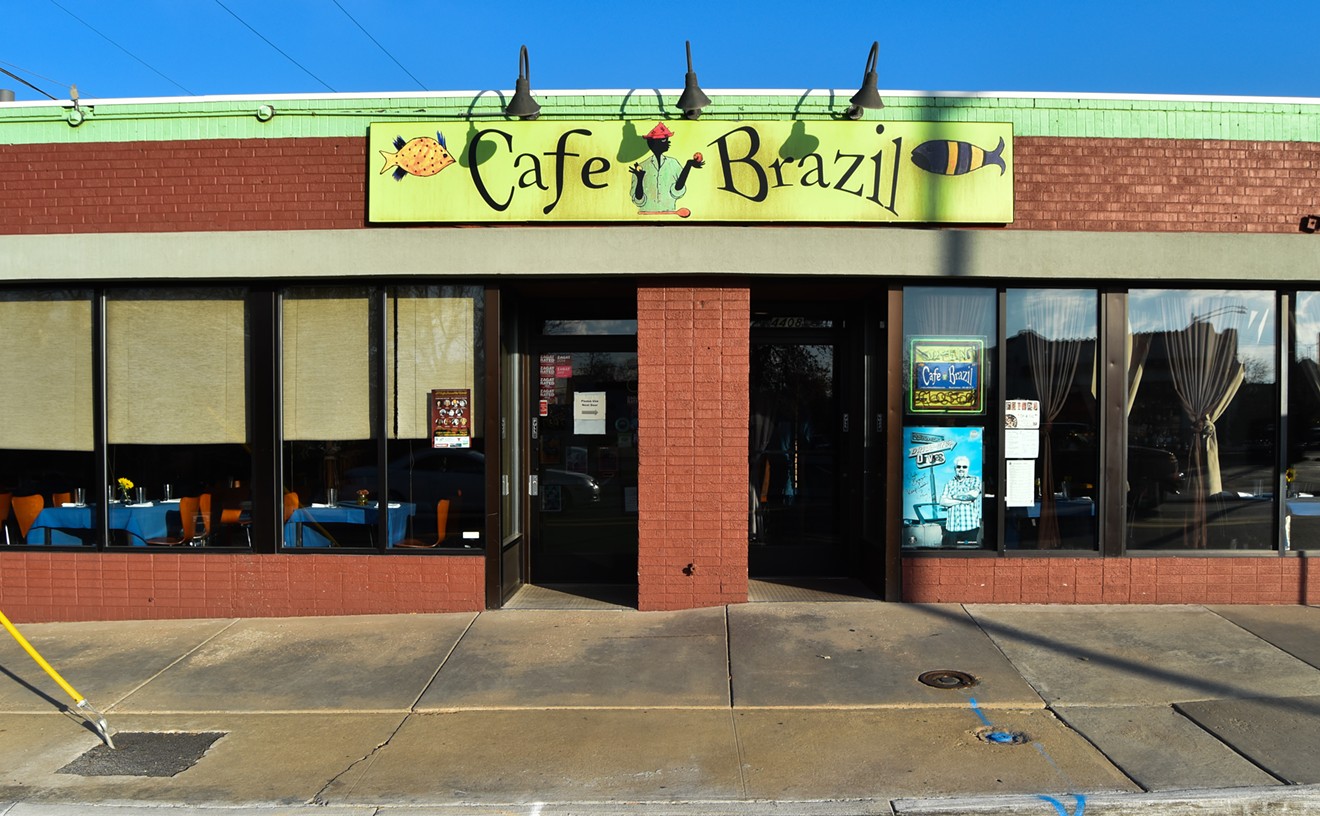 As cocktail culture ramped up in Colorado and many spots started focusing on gin-and-housemade-tonic or drinks that were brown, bitter and stirred, Café Brazil decided to give drinkers a place where they could learn about sugarcane spirits, so they added a beach-themed Rum Room. The best education is delivered in the rum flights, lineups that each showcase four of the spot's 75 offerings. For an understanding of what aging does to alcohol, try the Flor de Cana flight, which offers a side-by-side comparison of the same Nicaraguan rum aged four, five, seven and twelve years. Or experience how four different countries make rum with the South American flight, which includes selections from Brazil, Peru, Colombia and Venezuela. Our favorite could be the Añejo flight, four heady samples of stuff aged at least 21 years, basking in their vanilla-caramel glory and so smooth you could be sipping nice bourbon. If you're not ready to try your rum neat, Cafe Brazil makes great versions of Caribbean cocktails, including the Brazilian caipirinha, a sexy sweet mojito and batidas — icy fruit juice disguising the spirit so well that it's almost impossible not to suck down the drink much too fast. And if you're really into rum, make sure to ask about special offerings not on the list: The Rum Room keeps some rare stuff on a back shelf for true fans.