The era of Ron Burgundy is long over. Those ultra-cushy teleprompter-reading gigs that come with hefty clothing allowances are a thing of the past for local talking heads. Which is why anchors like Jeremy Hubbard of Fox 31/KWGN/Channel 2 News are such a welcome sight in these days of shrinking news holes and budgets. Hubbard's a workhorse who's done some heavy lifting, both on-site at disaster scenes across America as a reporter for NewsOne (a service of ABC News), and here at home, where he still hustles to get stories. With his go-getter attitude and smooth delivery, Hubbard's earned some quality ass time in the anchor's chair. And there's no chance that he'll tell us to go fuck ourselves live on air.

"Least Interesting Man in the World" 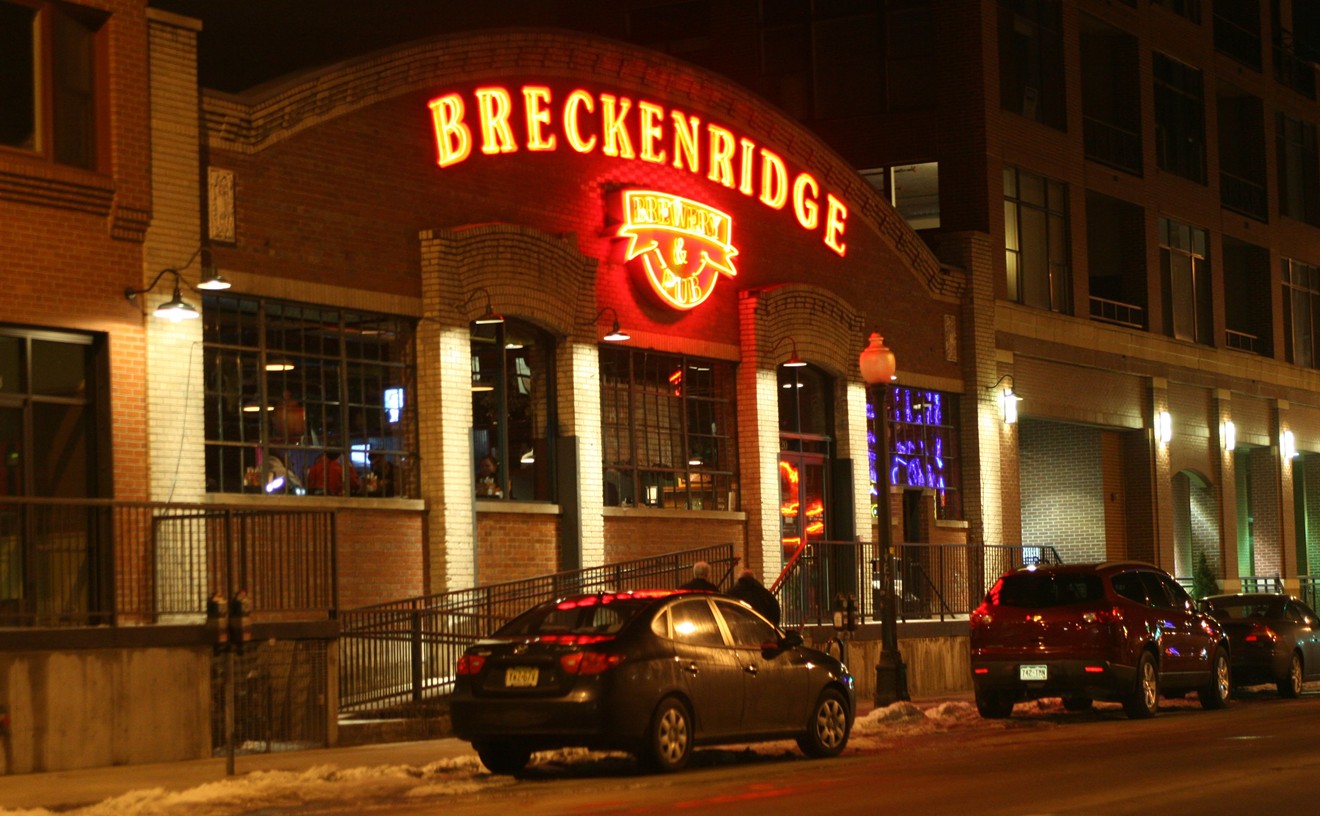 "I always drink beer, and when I do, I prefer good beer," says the bottling-plant employee whose name tag reads "Bob" and who holds up a bottle of Breckenridge brew. The anti-big-beer-company beer commercial, produced by Breckenridge Brewery, managed to not only take stabs at the big boys, but spoof Dos Equis's "Most interesting man in the world" commercial as well. The spot — all part of a "Truth in Beervertising" campaign — ran on Super Bowl Sunday, although not during the game, and just locally on Fox 31. Still, it was plenty crafty.

An hour-long digest of local news that's on at the right time for anyone who actually works for a living, KWGN's 7 p.m. newscast on Channel 2 provides the right mix of breaking local fare — fires! weather! sports! more fires! — with strong national pieces. In an information-flooded world, this local newscast helps keep Denver's head above water.

Kathy Sabine has been on the air at Channel 9 since 1993, back when some of you couldn't get your boots on without help. And she's still the town's best bet for telling you which way the wind is blowing. While Sabine's perkiness may be a little annoying, she manages to sneak in those all-important forecast facts. Even when the management sticks her in that silly "9News backyard" outdoor set, she manages to keep a sunny disposition and outshine the competition.

First elected to the Colorado House of Representatives from eastern Colorado Springs in 2000, Bill Cadman moved over to the Senate in 2007 when Ron May resigned. And after another resignation, that of Mike Kopp in 2011, he became the Senate Minority Leader. Although Cadman is a solid Republican, loyal to the core, he recognized that his new role called for leadership, not bickering and bomb-throwing. As a result, he's built a good relationship with Senate president Brandon Shaffer, elevated the overall level of discourse at the Capitol, and is now in a position to play a key role in the upcoming budgeting process.

When it comes to gas prices, what goes up is showing no signs of coming down. But Denverites can take heart in the fact that while filling your tank remains a wallet-popping proposition, gas is at least cheaper in this city than it is anywhere else in the country. For now.