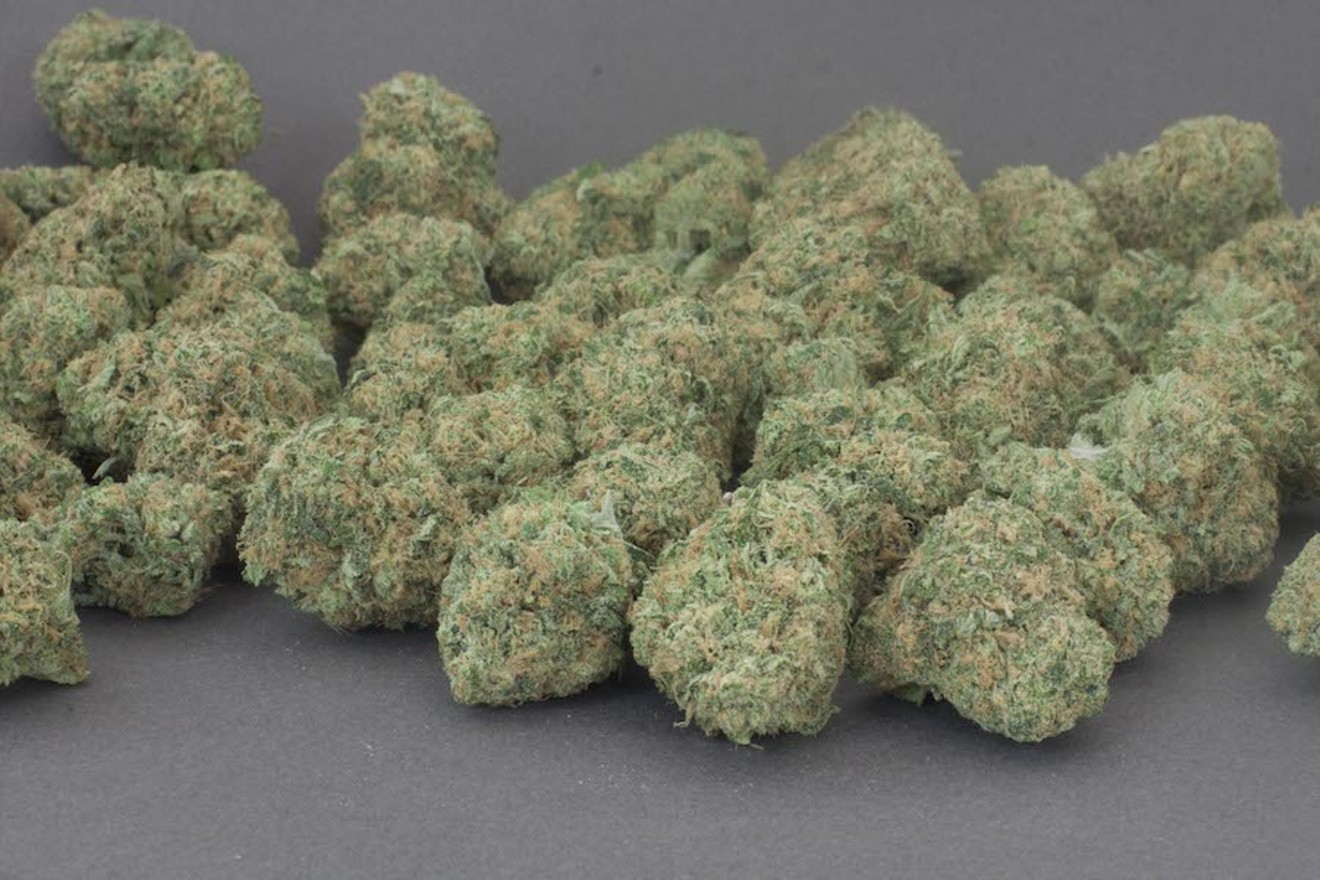 Blue Dream is one of the most popular strains in the country, not just Colorado. Adam Larke
What's Colorado's favorite strain? Until recently, Blue Dream has almost always reigned supreme. But lately, other strains are pushing it out of the top slot in overall sales.

According to dispensary-tracking firm BDS Analytics, Blue Dream took hold as the top-selling strain in Colorado dispensaries in February 2014, and it kept that position for 39 months. The strain was finally eclipsed by Durban Poison in May 2017, and ever since, the two have been going back and forth with Gorilla Glue for the highest sales figures. 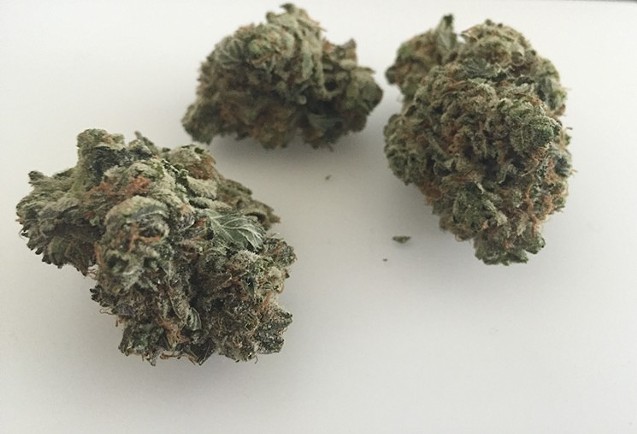 Blue Dream took back the top spot in October, but barely, with Gorilla Glue trailing by only a few thousand dollars. Blue Dream "is back on top. It's a fighter! But we have seen a decline for sure for [Blue Dream's] fortunes," writes BDS spokesman Doug Brown in an email to Westword. "It ruled the roost forever, but not all sorts of strains fight with it for sales dominance." Other strains that have consistently stayed in the top ten since 2016 are Chemdawg, Flo, Golden Goat, Green Crack, Lemon Skunk and Sour Diesel.

A hybrid of Blueberry and Haze phenotypes, Blue Dream has become a popular commercial strain because of its high yields and resilience to hot temperatures and powdery mildew. It has been the highest- earning strain on an annual basis in Colorado every year since 2014, but this year it's going to be close. In 2017, Blue Dream had oversold its closest competitor, Golden Goat, by over $1.5 million as of October — but that's down from the $12 million gap between Blue Dream and second-place Durban Poison in 2016.