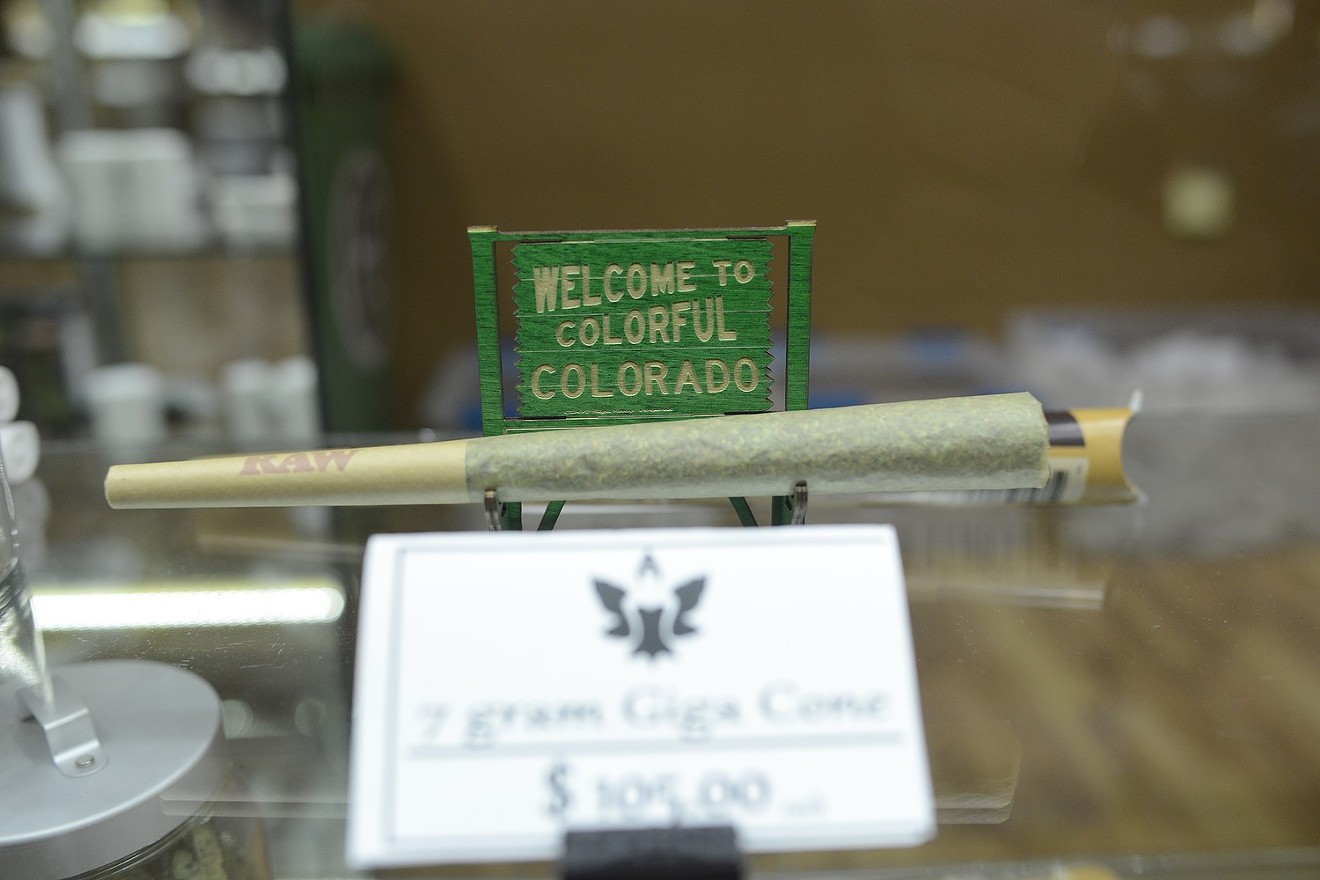 Colorado's most notorious resource isn't as easy to find in its border towns as it is in Denver. Scott Lentz
Colorado has become a destination for pot purchases, but cannabis tourists generally head to Denver, Pueblo or the Front Range to do their shopping. Most Colorado cities and counties still ban the sale of legal cannabis, and simply crossing Colorado state lines doesn't put a shopper in line for a fast buy.

A quick glance at our Colorado dispensary map shows that while there are few dispensaries along the border, our boundaries aren't completely dry. Those driving from Nebraska, New Mexico and Utah all have options for securing legal herb without spending hours in the car (just remember that leaving the state with that herb is still illegal).

Here are five cannabis-friendly towns close to the border: 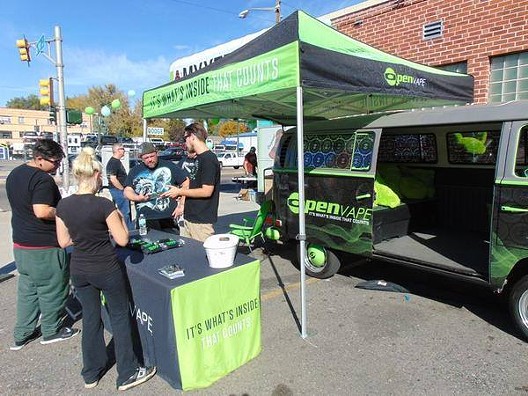 If any Colorado border town is embracing dispensaries, it's Trinidad. Despite having a population of around 8,000 people, Trinidad has at least twenty dispensaries, nearly all of which serve recreational customers. According to a report from Westword's Alan Prendergast, Trinidad marijuana sales accounted for more than $20 million in 2016, working out to about $2,500 worth of pot for every man, woman and child in the town limits.

The town sits just fourteen miles from the New Mexico border, and a little more than a two-hour drive from Oklahoma. 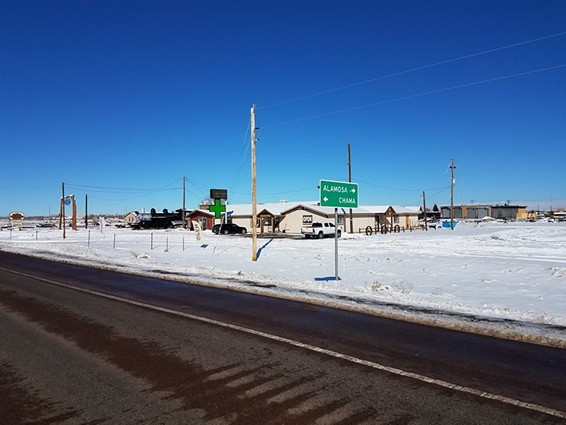 Trinidad isn't the only southern Colorado border town trying to take advantage of marijuana tax dollars. Antonito, a town of fewer than 1,000 residents in Conejos County, began opening retail-only dispensaries a couple years after recreational stores were allowed to operate. Now there are three dispensaries in Antonito, which happens to sit about six miles from the New Mexico border. 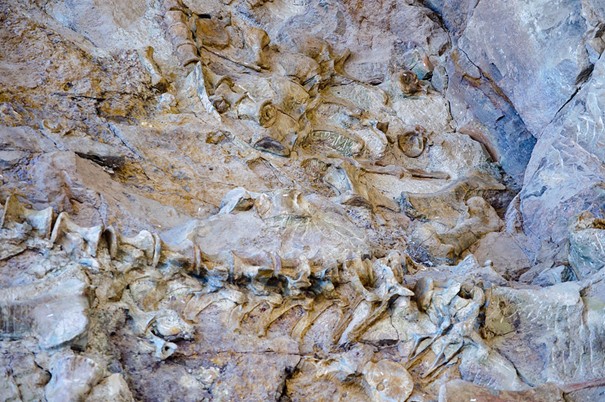 Fewer than 500 people live in Dinosaur, a town better known for its proximity to Brontosaurus bones and a lack of commitment to names than much else. Originally named Baxter Springs, the town's name was later changed to Artesia due to the area's water supply, then switched to its current name in 1966 because of Dinosaur's short distance from Dinosaur National Monument and the fossils in the surrounding area.

Now you can find Rocky Mountain Cannabis dispensary open at 420 Brontosaurus Boulevard in Dinosaur, just over three miles from the Utah border. According to the state Marijuana Enforcement Division, there are two more licenses for dispensaries in Dinosaur, meaning a total of three pot shops could be open there in the near future.

While Durango is a longer drive into Colorado, it's also a place you'll want to hang out longer than the time it takes buy weed. Less than a thirty-minute drive from the New Mexico border, Durango has over a dozen dispensaries, many of which are recreational. On top of being open to the pot industry, Durango has plenty of other fun things to check out, including snowboarding mountains, zipline parks and its historic downtown district. 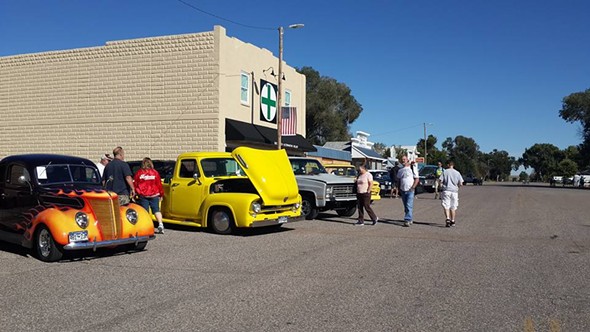 Finally, a town for those who live northeast of Colorado! Sedgwick was one of the first Colorado border towns to allow a recreational dispensary within its limits after retail sales began in 2014, but the local government hasn't gone overboard. Sedgwick's first dispensary, Sedgwick Alternative Relief, is still the only dispensary in town — and northeastern region of Colorado. The lone dispensary operates in a town of fewer than 200, but it sits under eleven miles from the Nebraska border.
KEEP WESTWORD FREE... Since we started Westword, it has been defined as the free, independent voice of Denver, and we'd like to keep it that way. With local media under siege, it's more important than ever for us to rally support behind funding our local journalism. You can help by participating in our "I Support" program, allowing us to keep offering readers access to our incisive coverage of local news, food and culture with no paywalls.
Make a one-time donation today for as little as $1.