Most of Colorado Still Bans Grows, But State Still Harvested 554,233 Pounds Through June 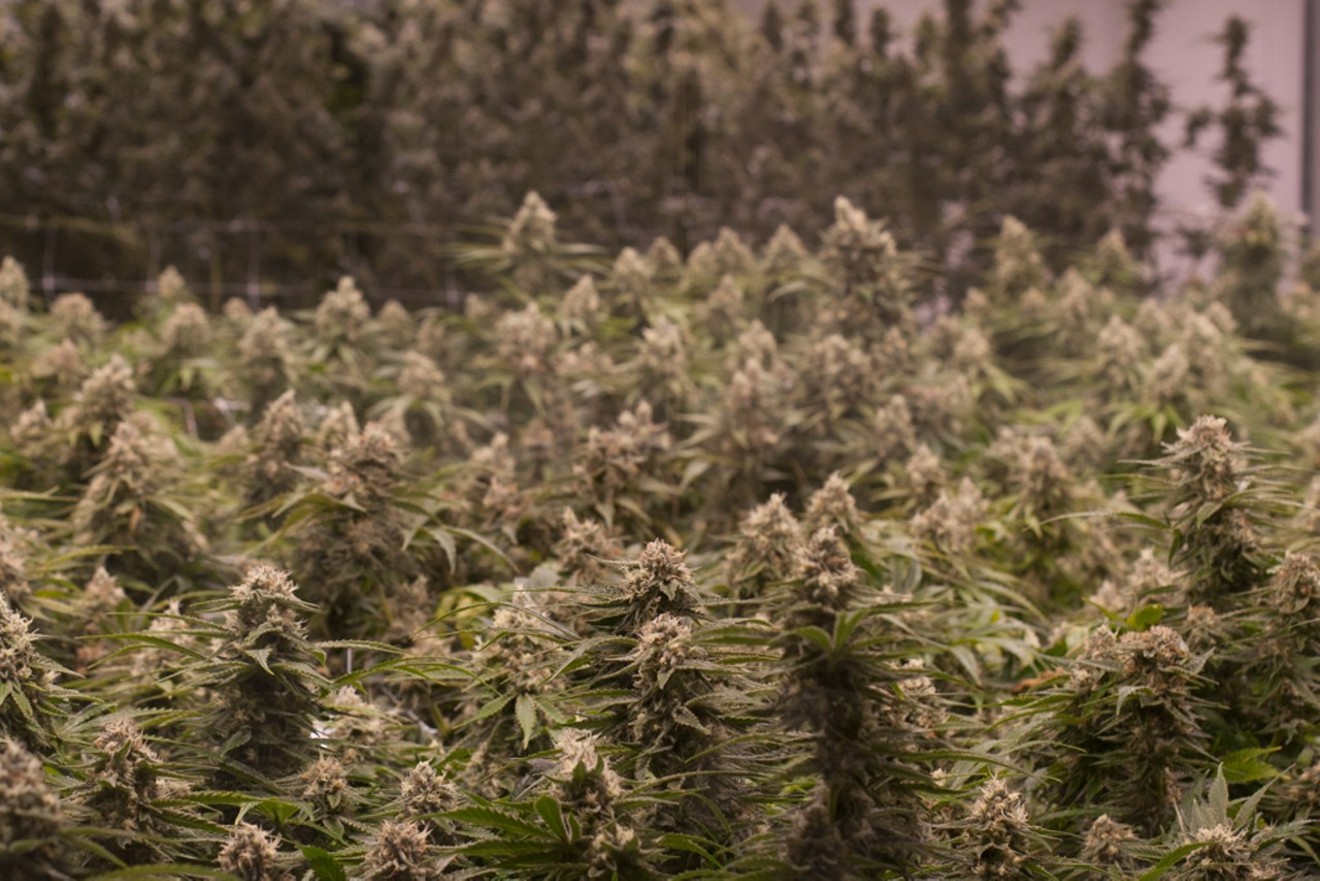 Jacqueline Collins
Although cannabis and Colorado are inextricably linked in the minds of many outsiders, most of the state still bans pot businesses, according to new data from the state Marijuana Enforcement Division. Even so, over 550,000 pounds of cannabis were harvested throughout the first half of 2018.

While possession and personal cultivation were legalized throughout Colorado after voters approved Amendment 64 in 2012, the measure also gave towns and counties the right to ban dispensaries, commercial growing operations and other licensed pot businesses within their borders. So far, most of Colorado is still declining the green rush.

The MED's mid-year update on commercial cannabis data shows that just over 35 percent of local jurisdictions in Colorado allowed medical or retail pot businesses as of June 2018, with 209 jurisdictions — nearly 65 percent — still banning the trade. However, towns and counties allowing commercial pot are still approving licenses, with 183 new cannabis business licenses issued in the first six months of 2018; over 77 percent of those licenses were for recreational businesses.

Marijuana Enforcement Division
Jurisdictions allowing the cannabis trade are harvesting the plant at an increasing rate, according to the MED. An average of 1.06 million medical and recreational plants were cultivated by Colorado pot businesses in June, up from 949,708 plants in January. Of the 64 counties in Colorado, Denver and Pueblo were the clear leaders in growing volume, with Denver County cultivators combining for nearly 530,000 plants in June, and Pueblo County sitting on almost 195,000. The next closest county, El Paso, came in at over 75,000.

But cannabis has a lengthy growing cycle — an average of 130 days from seed to harvest, according to the MED — so those plant count numbers don't necessarily reflect the amount of packaged cannabis hitting dispensary shelves. Through the first six months of 2018, Colorado growing facilities harvested 554,233 pounds of "usable marijuana," the report shows, with Denver County accounting for nearly 330,000 pounds.

While flower sales only increased a modest 1.4 percent in comparison with 2017's mid-year update, the MED says that infused product sales, especially concentrates, have jumped considerably. "When comparing the first six months of 2017 to the first six months of 2018, the monthly average of units sold (medical and adult-use combined) for both edibles and concentrates increased by 13.8 percent and 94.6 percent respectively," the report reads.

The MED update also released data on cannabis testing, including the rate of microbial testing failures for cannabis flower, trim, edibles and concentrates. Microbial tests analyze the amount of pesticides, molds, mildews and other certain contaminates in cannabis products — and Colorado's businesses scored As and Bs, respectively. Through June, over 86 percent of flower and trim tested in Colorado labs passed microbial testing, while 93.8 percent of concentrates and 100 percent of edibles passed with flying colors. Find the testing data below.
click to enlarge

Marijuana Enforcement Division
KEEP WESTWORD FREE... Since we started Westword, it has been defined as the free, independent voice of Denver, and we'd like to keep it that way. With local media under siege, it's more important than ever for us to rally support behind funding our local journalism. You can help by participating in our "I Support" program, allowing us to keep offering readers access to our incisive coverage of local news, food and culture with no paywalls.
Make a one-time donation today for as little as $1.