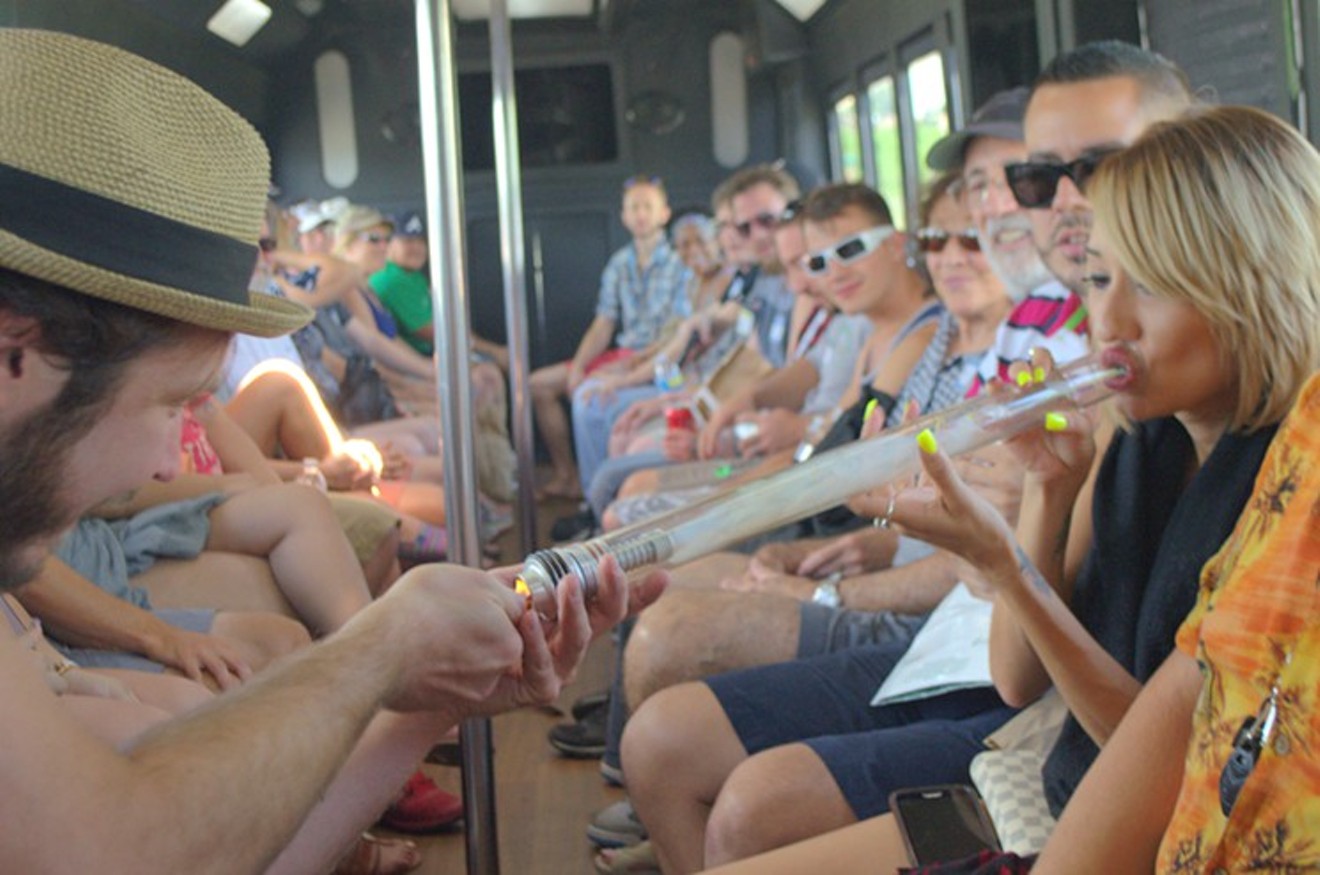 The company launched shortly after recreational marijuana was legalized in Colorado almost a decade ago, and today offers marijuana-friendly classes as well as bus tours to dispensaries, marijuana cultivations, extraction facilities, hemp farms and breweries. But since 2018, Colorado Cannabis Tours hasn't allowed bus riders or class attendees to smoke weed within Denver city limits, according to owner Michael Eymer.

Marijuana tour companies popped up quickly after the passage of Amendment 64, thanks to a new state law at the time that allowed pot use in the back of private, registered limousines or buses. However, Mayor Michael Hancock's administration and the Denver Police Department began cracking down on unlicensed marijuana hospitality businesses in 2018 over disputed interpretations of that law. Since then, the city has required a Denver pot hospitality license for businesses that want to allow pot consumption.

Denver's marijuana hospitality program didn't permit mobile licenses until 2021, when it followed the state Marijuana Enforcement Division's lead. Eymer secured his MED mobile hospitality permit in April; he wanted to have that in hand before he applied to the city, he says.

According to the Denver Department of Excise and Licenses, Eymer submitted two hospitality applications earlier this month: one for an establishment at 1910 South Cherokee Street, and another for a mobile permit that would allow for one Colorado Cannabis Tours limo and one sprinter van to operate within Denver. The applications are for hospitality only, according to Excise and Licenses, and wouldn't permit marijuana product sales on board.

Eymer confirms that he submitted the applications, but is traveling and unavailable for further comment.

Current Denver licensing rules mandate that any new marijuana license holders qualify under one of three social equity requirements: they or a family member were arrested on certain drug charges, their household earns less than 50 percent of the state median income, or they come from a community designated as a low economic opportunity zone by the Colorado Office of Economic Development and International Trade.

According to Excise and Licenses, Eymer qualifies because of a previous marijuana arrest.

If approved, Colorado Cannabis Tours would be the first licensed marijuana-friendly tour company in Colorado. Because of a state law banning liquor sales at marijuana hospitality businesses, alcohol would not be allowed in the vehicles or at the establishment.

Colorado legalized recreational marijuana use in 2012, but the legislature didn't legalize social consumption venues at the state level until 2019, and local governments must opt in before a business can apply to operate one. Denver voters legalized social marijuana use in 2016, but the city's pot hospitality program banned indoor smoking until last year, when Denver City Council adopted new rules regarding pot hospitality.

Since then, three marijuana businesses have been approved by the city for marijuana hospitality: Tetra Lounge, the Coffee Joint and the Patterson Inn.
KEEP WESTWORD FREE... Since we started Westword, it has been defined as the free, independent voice of Denver, and we'd like to keep it that way. With local media under siege, it's more important than ever for us to rally support behind funding our local journalism. You can help by participating in our "I Support" program, allowing us to keep offering readers access to our incisive coverage of local news, food and culture with no paywalls.
Make a one-time donation today for as little as $1.