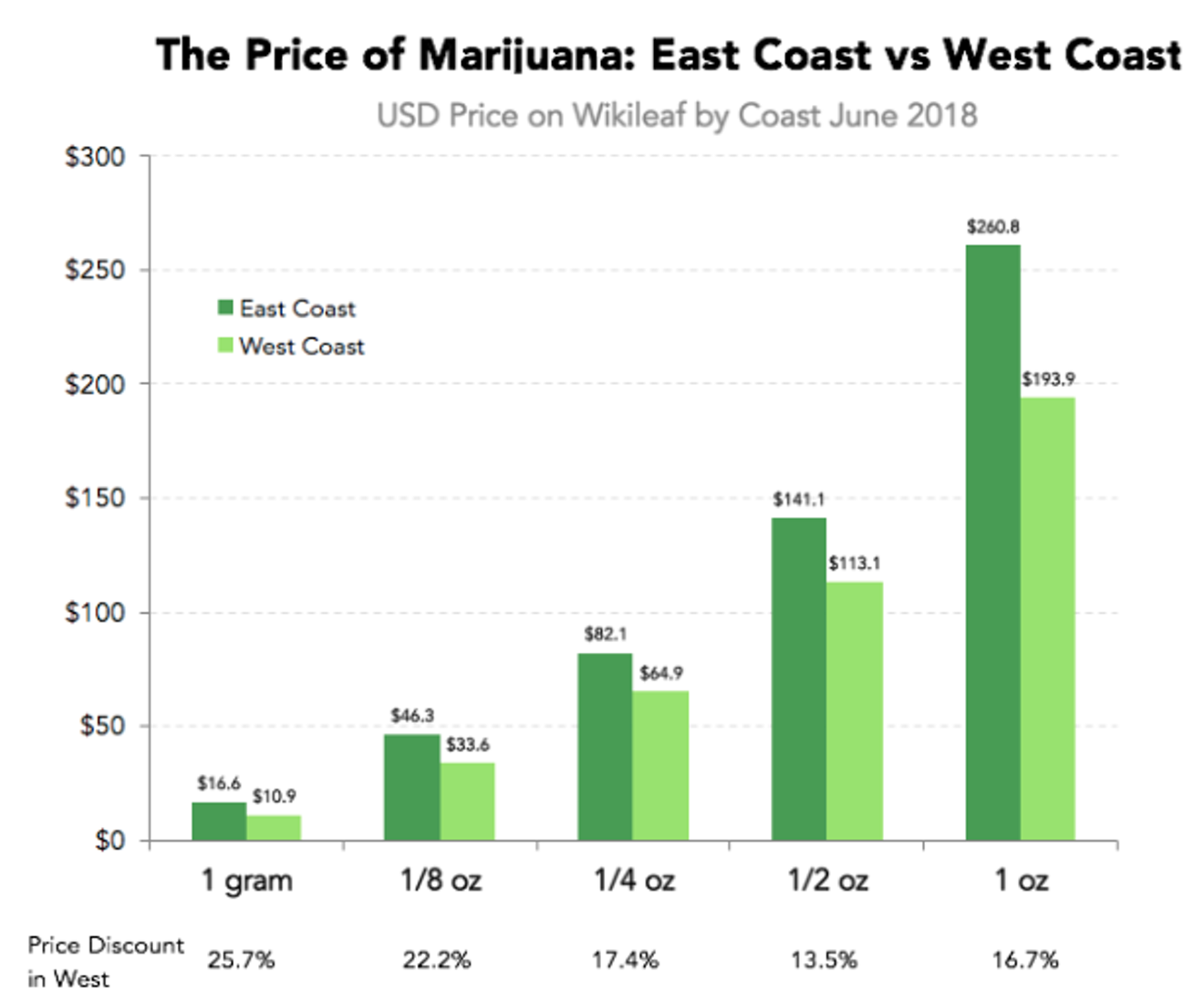 WikiLeaf
We don't blame you for complaining about inconsistent prices or expensive herb in certain parts of town, but one study shows that we don't have it too bad in Denver compared to other cities with legal marijuana.

Wikileaf, a website that lists dispensary menus, deals and strain information, recently released data comparing the average price of legal dispensary buds (whether medical or recreational) around the country. While most of Wikileaf's data compared the East and West coasts, it also ranked eight major cities according to how much an eighth of an ounce of weed costs.

Unsurprisingly, Baltimore ($53.70) and Boston ($48.30) came in as the most expensive, but numbers three and four for the priciest pot cities were San Francisco ($43.60) and Seattle ($37.90), both of which are in states where recreational sales are now legal (Washington almost as long as Colorado, and California since last year).

Relatively speaking, Mile High tokers should consider themselves lucky, according to WikiLeaf. The average eighth — or 3.5 grams — in Denver costs $32.10. The only city on the survey with lower prices was Portland, where an eighth runs $30.60. 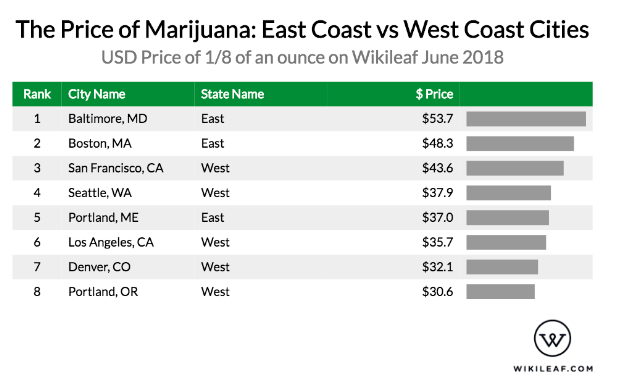 Wikileaf
The fluctuation in prices depends largely on local supply and tax rates. Some cities in California have sales tax rates of nearly 40 percent after combining state and local taxes, and cultivators in that state are still struggling to get licensed, keeping the supply of marijuana in flux.

By comparison, cities in the Denver metro area are taxing retail marijuana sales anywhere from 20 to 24 percent, while an oversupply of wholesale marijuana has pulled down the average price per pound to $850 or less, according to the Colorado Department of Revenue.

If you're planning a tourism trip around legal marijuana, WikiLeaf's numbers suggest that you stick to the West Coast. States out west charge 22.5 percent less for weed on average than eastern states, the data shows. To be fair, however, only one state on the East Coast (Massachusetts) has recreational dispensaries in the near-future, and medical marijuana stores are much more limited east of the Mississippi, where no state other than Michigan has more than 100 dispensaries.
KEEP WESTWORD FREE... Since we started Westword, it has been defined as the free, independent voice of Denver, and we'd like to keep it that way. With local media under siege, it's more important than ever for us to rally support behind funding our local journalism. You can help by participating in our "I Support" program, allowing us to keep offering readers access to our incisive coverage of local news, food and culture with no paywalls.
Make a one-time donation today for as little as $1.