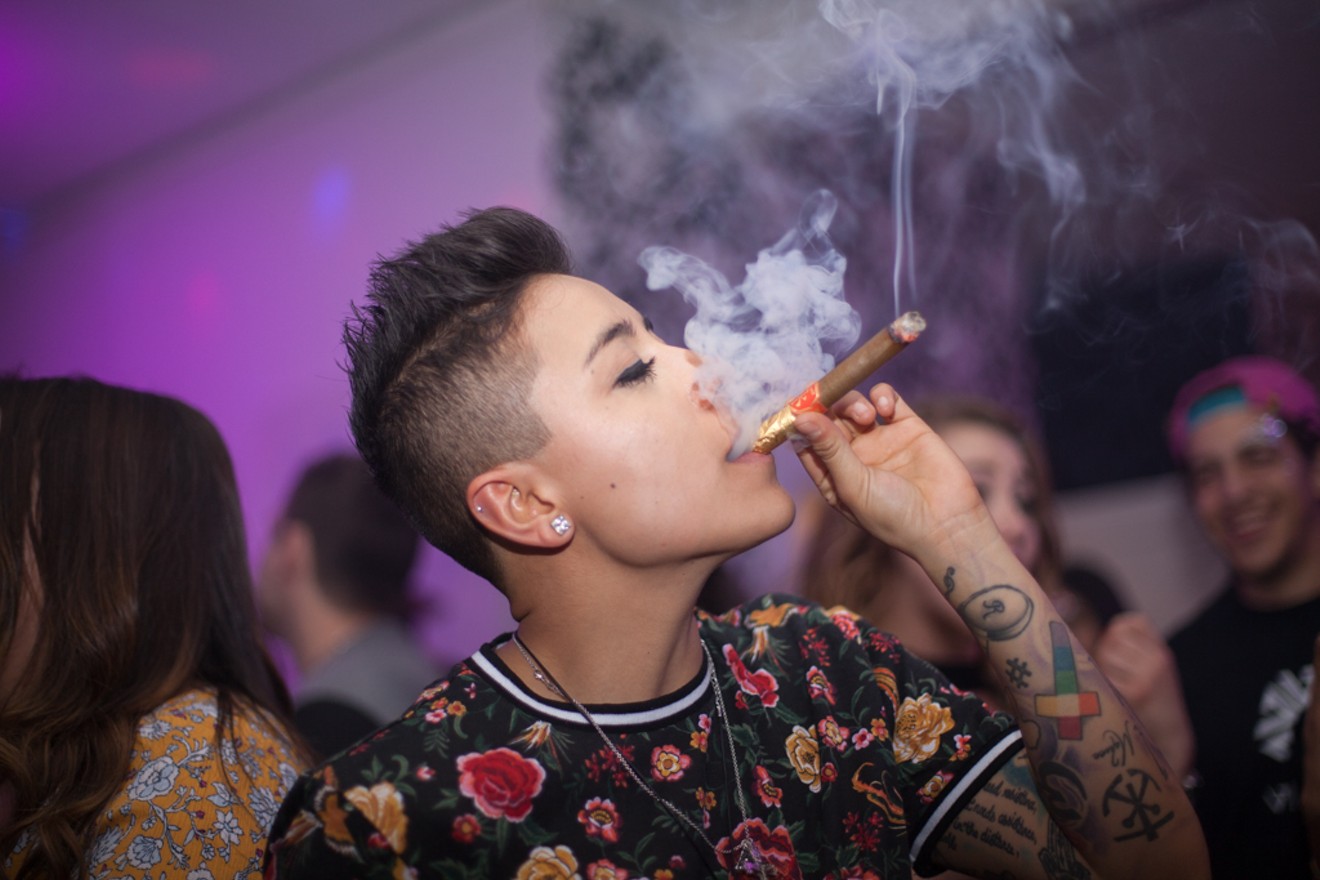 Tetra Lounge, a marijuana smoking venue at 3039 Walnut Street, had planned for a grand opening on 4/20. Jacqueline Collins
Tetra Lounge, the newly licensed marijuana-friendly smoking lounge in RiNo, probably won't be open in time for 4/20, according to its owner.

After a ribbon-cutting on March 30 with Governor Jared Polis and Mayor Michael Hancock to celebrate Tetra's new pot hospitality license, Dewayne Benjamin was confident that he'd pass the city's final inspections in time to mark the cannabis holiday on April 20. After all, he'd been operating Tetra as a private, members-only marijuana smoking lounge at 3039 Walnut Street since 2018, and had been renovating the building to make sure it would be up to code when inspection time came.

Three weeks ago, Benjamin, Polis and Hancock, among others, noted that Tetra would be the first licensed marijuana lounge open to the public (21-and-up) that also allowed indoor smoking in Colorado. Given all of the unlicensed marijuana events that traditionally take place in Denver on April 20, Benjamin viewed officially opening by that date as an important milestone for his business and Denver's small marijuana hospitality scene. But he's still waiting on final inspections from the Denver Building Department and Denver Fire Department.

According to Benjamin, he was informed last week that the building department wanted his building's mechanical plans in order to approve his inspection, but he wasn't aware of the need for such documents.

"I had to get mechanical plans drawn up, and submitted them over the weekend. The city told me they don't have the time to go over it," he explains. "The building department has their own requirements, and Excise and Licenses has their own requirements, and a lot of that stuff can't start until you get your license [with the city]. But I've been closed since January 11, and I'm assuming they knew I needed this." 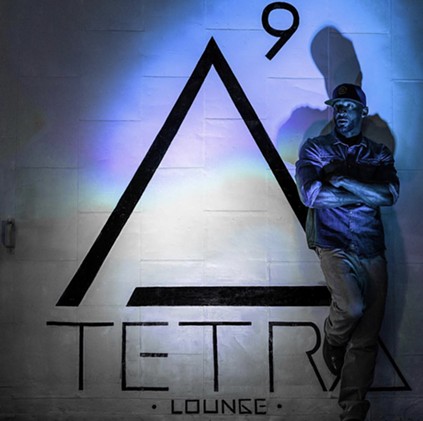 Tetra 9 owner Dewayne Benjamin.
Courtesy of Tetra 9
Because of the step-by-step inspection process for his marijuana hospitality license, the building department hadn't been able to look at Tetra's building specification earlier, so didn't know that mechanical plans weren't included. The required drawing details building specifications such as ductwork, cooling, ventilation and air filtration, and is required by the department to document Tetra's necessary upgrades to allow indoor smoking.

Denver currently has one other licensed marijuana lounge, the Coffee Joint, but the Coffee Joint isn't licensed for indoor smoking, and was permitted under the city's old marijuana hospitality rules. Tetra was licensed under new social pot consumption regulations that launched last November.

As the city's Civic Center Park hosts the Mile High 420 Festival, part of an annual tradition of unsanctioned marijuana smoking every April 20, Benjamin can't help but see the irony. Still, he'd rather wait on the sidelines for a day or two to finish the right way, even if it that means being stuck in a city building during the plant's biggest day of the year.

"It seems like I'm the only one following directions today," he says. "Sometimes the world slows you down, but I'll take one for the team."
KEEP WESTWORD FREE... Since we started Westword, it has been defined as the free, independent voice of Denver, and we'd like to keep it that way. With local media under siege, it's more important than ever for us to rally support behind funding our local journalism. You can help by participating in our "I Support" program, allowing us to keep offering readers access to our incisive coverage of local news, food and culture with no paywalls.
Make a one-time donation today for as little as $1.