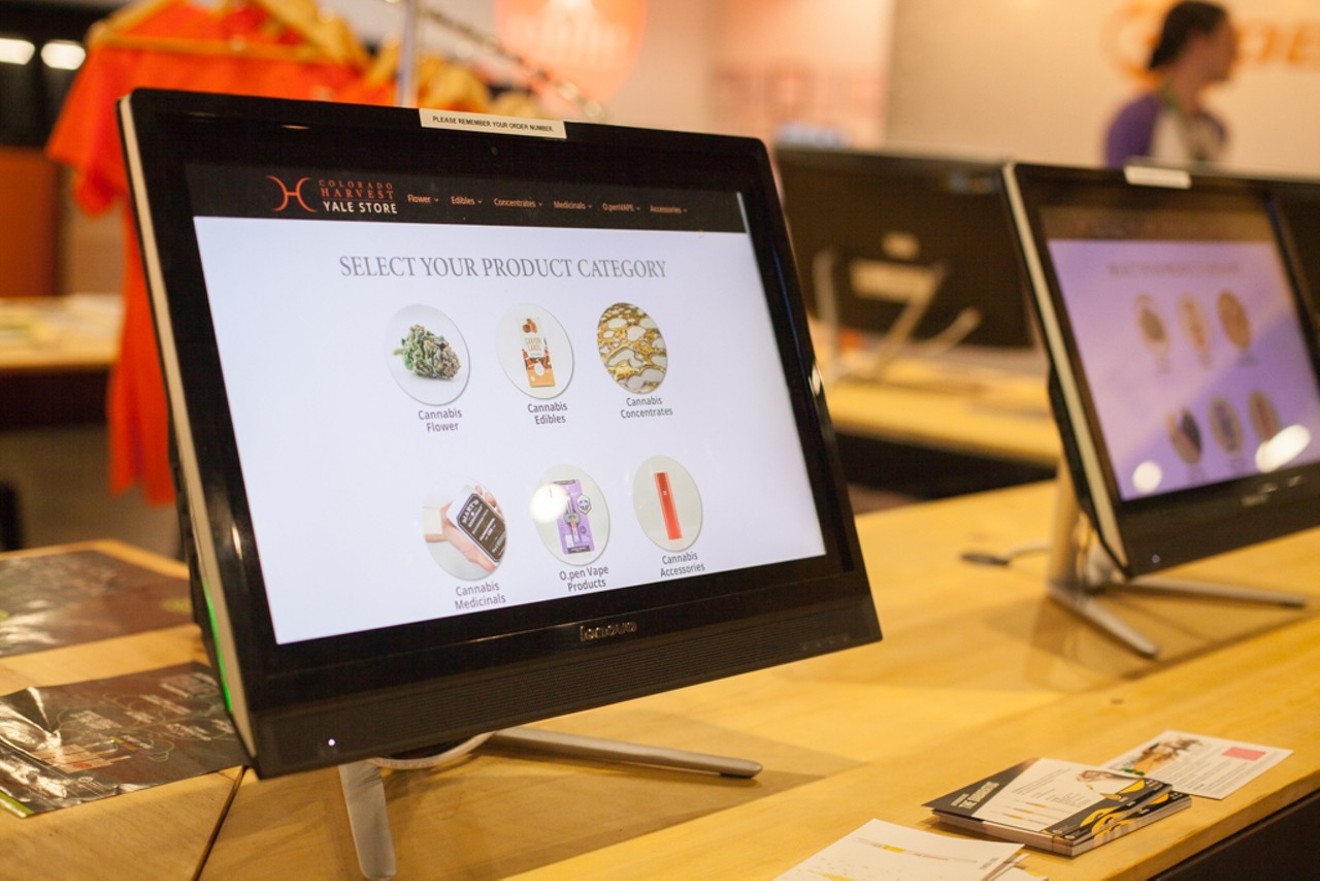 The majority of retail marijuana transactions are done in cash because of federal prohibition. Jacqueline Collins
A new version of the National Defense Authorization Act is moving forward in Congress after weeks of political roadblocks, but marijuana banking won't be going along for the ride.

At a committee hearing yesterday, Perlmutter said that he wasn't going to pursue another marijuana banking amendment to the bill right now.

The marijuana industry is technically banned from banking and financial services because of the plant's federal prohibition, and any institutions that serve marijuana businesses risk federal drug charges. Although some smaller banks and credit unions will take on that risk for high fees, the majority of dispensary transactions are done in cash, making the businesses targets for robberies and burglaries.


“You have heard my ire and my irritation and my anger because people are getting killed. They’re getting robbed. And we’re making no moves,” Perlmutter said during the December 7 hearing, alluding to reported killings of dispensary security guards during store robberies.

Colorado senators Michael Bennet and John Hickenlooper had sent a joint letter to Senate leadership in November pushing for a marijuana banking amendment in the NDAA. Governor Jared Polis and 23 other governors sent their own group letter that month, as did fourteen national trade organizations, including the American Bankers Association, the National Association of Realtors and the National Association of Professional Insurance Agents.

"We see the consequences every day of the lack of banking access, from the rash of dispensary robberies to the ongoing challenges of minority and small-business owners to secure capital. The SAFE Banking Act would provide urgently needed relief to cannabis businesses of all sizes and put wind in the sails of the broader push to end federal cannabis prohibition," Steven Hawkins, CEO of marijuana industry lobbying group U.S. Cannabis Council, said in a statement.

According to Hickenlooper's office, he's "disappointed this bipartisan and long-overdue reform wasn’t included in the NDAA," and will continue supporting the SAFE Banking Act.

Despite more vocal calls for marijuana banking, though, recent reports from Washington, D.C., show that the SAFE Banking Act may be stuck in the same spot it was months ago. In fact, Senate Majority Leader Chuck Schumer and senators Cory Booker and Ron Wyden indicated last week that they're prepared to continue logjamming the act as they push for more aggressive forms of marijuana reform.

The SAFE Banking Act has never been voted on in the Senate, but the House has approved it a handful of times in various forms since 2019. That support wavered on December 7, though, when Perlmutter dropped the marijuana banking amendment after talking with Majority House Leader Nancy Pelosi, according to Marijuana Moment.

While Perlmutter said he’s “not raising the white flag on this thing," he explained that forcing another vote on marijuana banking could start "throwing procedural wrenches into everything." Some House members suggested that inserting another marijuana banking amendment after the Senate had clearly rejected it could ruin the latest attempt at sending the NDAA to President Joe Biden's desk, a task that has already taken months in Congress.

“We’re going to keep bringing this up,” Perlmutter said during the December 7 committee hearing, but he didn't elaborate on what the next attempt would look like.
KEEP WESTWORD FREE... Since we started Westword, it has been defined as the free, independent voice of Denver, and we'd like to keep it that way. With local media under siege, it's more important than ever for us to rally support behind funding our local journalism. You can help by participating in our "I Support" program, allowing us to keep offering readers access to our incisive coverage of local news, food and culture with no paywalls.
Make a one-time donation today for as little as $1.