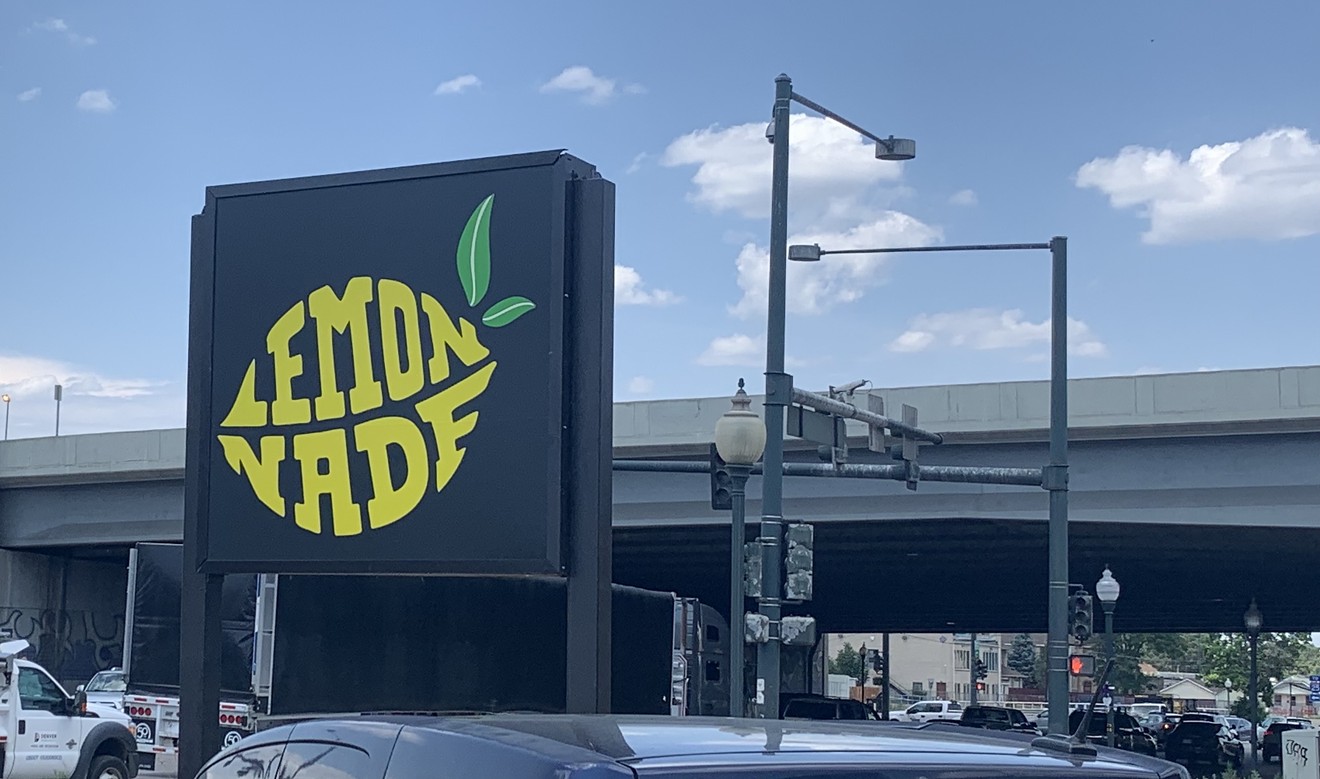 Lemonnade is slated for a July 31 opening, according to Cookies. Thomas Mitchell
Denver has been a ripe market for Cookies, and the California-based marijuana company believes there's still plenty of juice to squeeze out here.

Lemonnade, a growing branch of the Cookies family tree, will open in the Globeville neighborhood on Saturday, July 31, according to Cookies retail operations vice president Crystal Millican. The new dispensary, located at 4500 Washington Street, will be the first Lemonnade store in Colorado.

One of legal pot's most popular brands, Cookies is a California-based network of stores, strains and other marijuana-centric products and services. The brand's licensing arm has been expanding into Colorado over the past year, with both a Cookies store in Denver and a popular wholesale operation launching in 2020, and another dispensary opening in June in Commerce City.

Lemonnade is a more "sativa-focused" brand, Millican says; while it follows the same wholesale and storefront model as Cookies, instead of strains named after baked goods and sweet treats that bring more relaxed and body-focused highs, Lemonnade strains have names like Blanco and Lions Mane. The strains are already sold in dispensaries across Colorado that carry Cookies.

"It just ultimately needed to become a retail concept, as well," Millican explains. "The retail concept kind of came out of the gap we were fulfilling with that Lemonnade line."

Although the new Lemonnade stores will focus on a more upbeat, California-sunshine vibe, they will also stock Cookies products.

"We're bringing this California spectrum of taste, and putting that California sunset in the retail space. In terms of a Cookies experience, the vibe of a Lemonnade will be very different," Millican notes. "It's about a flavor and state of mind. It's a real sensory and aromatic experience."

Lemonnade will hold a grand-opening party on July 31 that will include food trucks and DJs, Millican says, as well as potential appearances by celebrities in the cannabis world.

The location was formerly Roll Up dispensary; owner Sherard Rogers will remain in place after agreeing to a licensing deal with Cookies. Jason MacLean, co-owner and lead grower of popular marijuana cultivator Cherry, is also attached to the store, but his role is still being shaped, Millican says.

Neither Rogers nor MacLean were available for comment on the new store.
KEEP WESTWORD FREE... Since we started Westword, it has been defined as the free, independent voice of Denver, and we'd like to keep it that way. With local media under siege, it's more important than ever for us to rally support behind funding our local journalism. You can help by participating in our "I Support" program, allowing us to keep offering readers access to our incisive coverage of local news, food and culture with no paywalls.
Make a one-time donation today for as little as $1.