Terpenes Are Everywhere — and Way Cooler Than You Thought 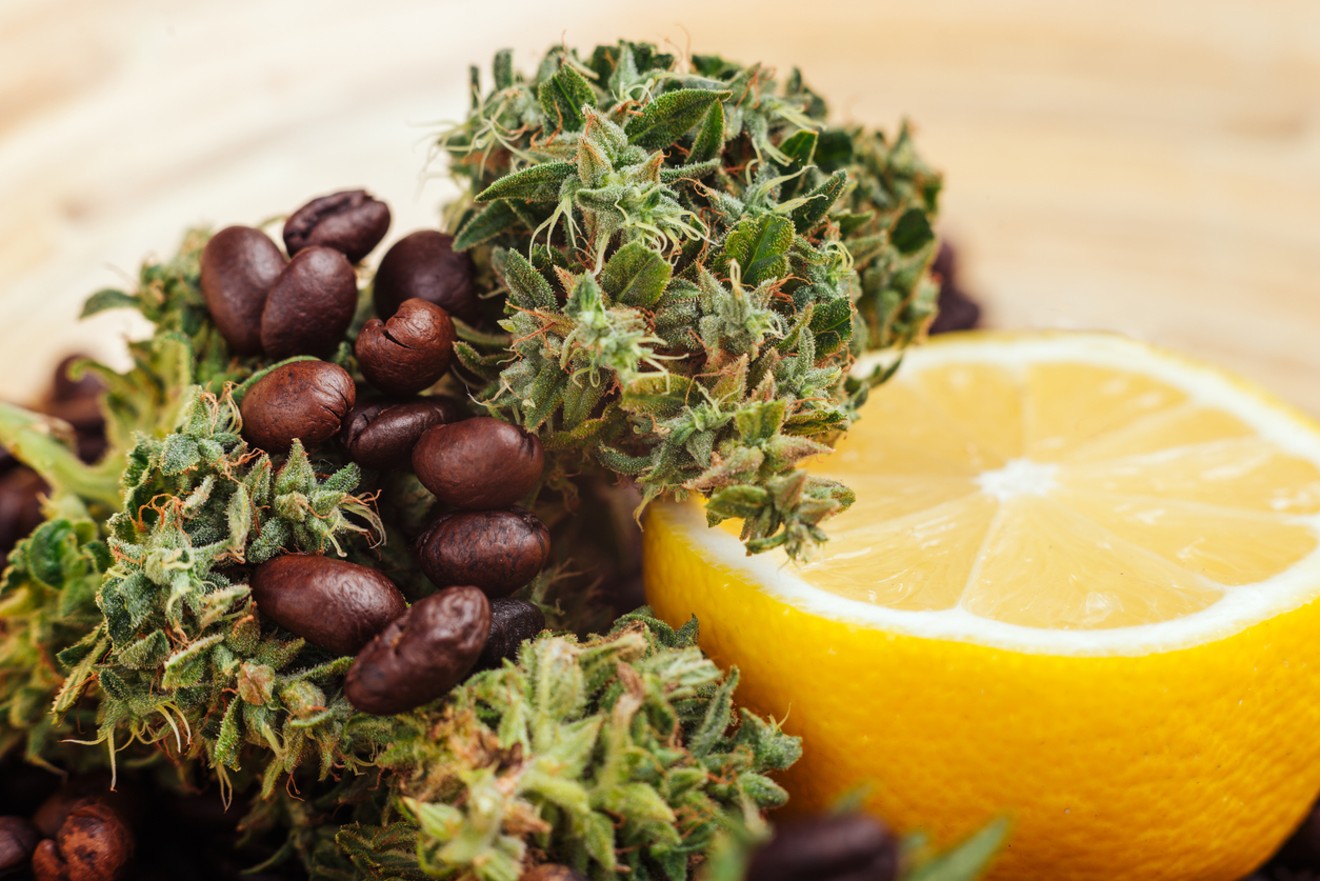 You can thank terpenes for that lemony-fresh scent in your house, or the relaxing smell of a coffee shop. iStock/yarygin
Possible windfalls from legalizing hemp and CBD may get all the headlines, but terpenes could have just as much commercial potential. Terpenes are responsible for the smells and flavors that help us distinguish different strains of pot; like elevator songs and character actors, you recognize them without knowing what they are.

Terpenes are found in many plants, which is why cannabis can taste like citrus fruit, lavender and so on. They've shown potential for aiding in pain relief and other medical ailments, and you can consume them much like cannabinoids, via vaping or ingestion. But the public still doesn't know much about identifying terpenes, and scientists are nowhere near understanding their full potential. To learn more about them, we chatted with Dr.Tristan Watkins, chief science officer for Lucid Mood, a cannabis vaping company that manipulates terpenes for desired effects.

Westword: If we're measuring this on a scale from 1 to 100, how much do we know about terpenes and their effects of humans?

Dr. Tristan Watkins: Maybe 25, and that's being generous. This doesn’t mean that we have zero knowledge, though. There just happen to be well over 200 unique terpenes, most of which haven’t been studied in any significant way, especially in respect to effects on humans. We have clear evidence that linalool helps people relax and alpha pinene helps people focus, but things get murky when you combine just these two well-understood terpenes. Now, consider that cannabis strains have unique terpene profiles made up of at least 25 terpenes, and it becomes incredibly difficult to fully characterize an anticipated effect. Fortunately, there is a significant amount of research on more popular terpenes, which allows scientists to begin testing hypotheses on how terpenes interact with the brain and body to create specific effects.

How do terpenes affect how our bodies and minds react to cannabis?

When cannabinoids and terpenes are consumed together, they can produce heightened and unique effects that would not occur if each compound were consumed independently. This interaction is called the entourage effect, and it's one of the most unique aspects of the cannabis plant. If you've ever wondered why one cannabis product makes you feel drowsy while another makes you a social butterfly, the answer likely involves terpenes. That’s because terpenes act in systems outside of the endocannabinoid system, effectively modifying your cannabis experience. For example, alpha pinene acts on acetylcholine receptors in the brain, which are important to memory and cognition. By adding alpha pinene to your cannabis consumption, you may find yourself more engaged with a task or enamored of a particular artist.

What can terpenes do to the body independent of cannabis?

Terpenes do not require cannabinoids to have a perceivable effect on the brain or body. Do you find citrusy aromas refreshing? Does the smell of roses give you a sense of calm and comfort? These effects are largely driven by the terpenes contained within each botanical. Terpenes are the building blocks of the essential oils that have been used in aromatherapy for centuries. Emerging research suggests that aromatherapy has significant impact in clinical settings, including reducing pain during labor and stress in medical waiting rooms. All of this is possible because humans have a sensitive olfactory system that plays a direct role in mood and other functions.

Lucid Mood's Dr.Tristan Watkins
Courtesy of Lucid Mood
What are the most extreme or common terpenes that you know the most about, or can take advantage of the most scientifically?

There are several terpenes that we actually know a great deal about. Linalool is the primary terpene found in lavender oil, giving the oil its distinct smell and relaxing effect. This is why linalool is a prominent ingredient in our LucidMood Relax formula. Geraniol, found in rosehips, has been shown to reduce cortisol, a hormone that increases with stress. Can you guess which primary terpene is found in our LucidMood Calm formula? Beta caryophyllene, though, is my favorite terpene. It is actually considered a phytocannabinoid, and acts within the endocannabinoid system. Beta caryophyllene is associated with a variety of benefits, including anti-inflammation, anti-oxidation, neuroprotection, reduced anxiety and addiction relief.

What are some more unknown terpenes, and what potential do they have?

Borneol may be the most signficant terpene that is rarely found in cannabis at high levels. Several studies have found borneol to be effective at reducing pain and inflammation. This is why we add it to our LucidMood Relief formula. Borneol is most commonly found in camphor weed, but can also be found in mugwort, wormwood and aromatic ginger. Another interesting terpene is valerenic acid. Maybe people have heard of valerian root and its effects on stress and sleep. It turns out that valerenic acid is a primary contributor to these effects because of where it binds in the brain. This really highlights the fact that terpenes are actually important compounds in many of the natural supplements we take regularly.

How can we consume terpenes without cannabis being involved?

Terpenes surround us. We eat them in our foods every day. We smell them in the flowers and herbs we grow in our gardens. They are a primary reason that your lotion smells the way it does, and they are the reason that candles fill a room with your favorite aromas. Peel a mango to experience myrcene. Crack open an IPA for an intense aroma of humulene. Citrus fruits contain limonene, citral, valencene and many more terps. It's next to impossible to avoid terpenes, even if we don’t notice them in our busy schedules. Next time you have a moment to stop and smell the roses, consider that you are really stopping to smell a beautiful bouquet of terpenes.
KEEP WESTWORD FREE... Since we started Westword, it has been defined as the free, independent voice of Denver, and we'd like to keep it that way. With local media under siege, it's more important than ever for us to rally support behind funding our local journalism. You can help by participating in our "I Support" program, allowing us to keep offering readers access to our incisive coverage of local news, food and culture with no paywalls.
Make a one-time donation today for as little as $1.