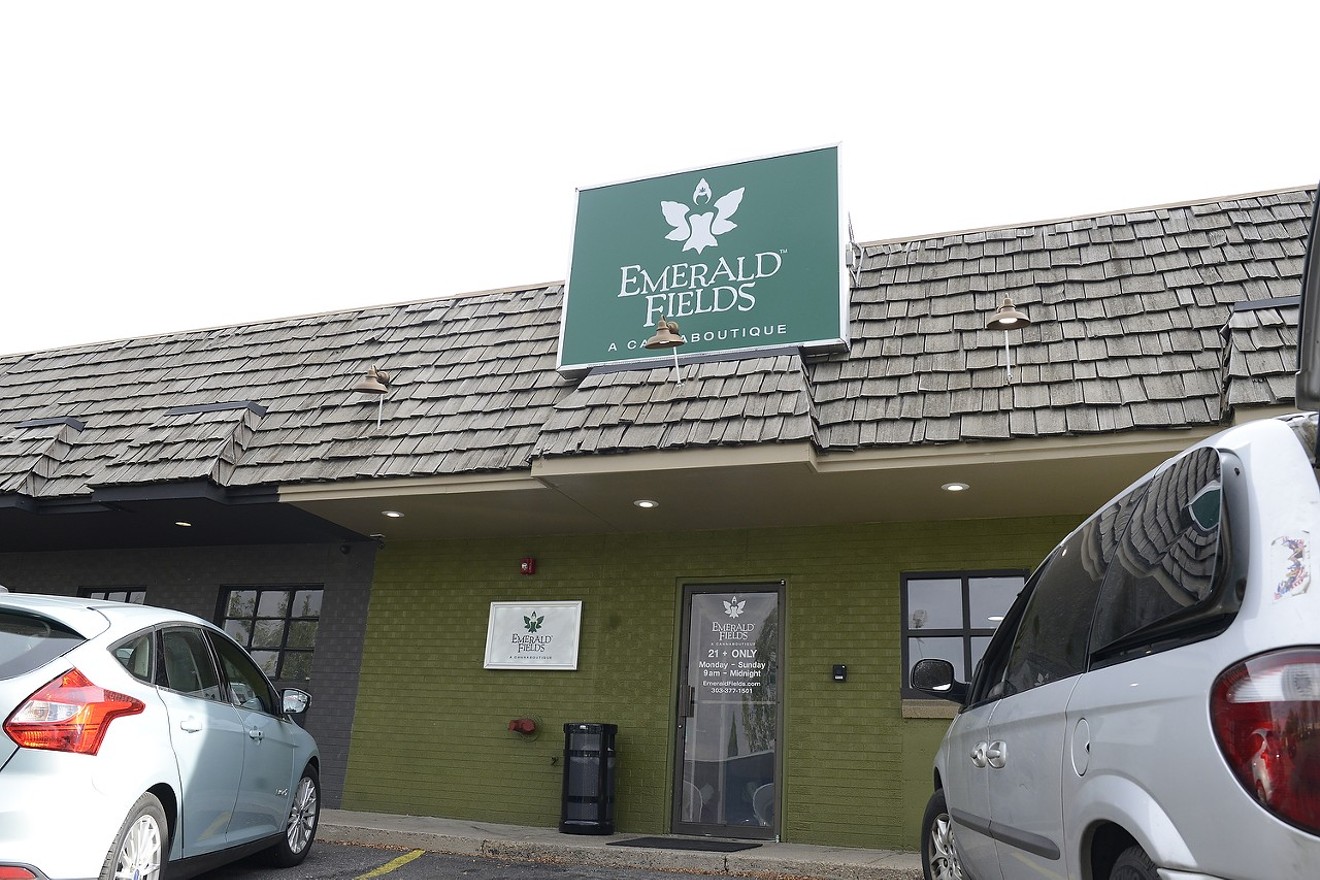 In announcements issued on November 15 and November 16, Schwazze outlined acquisition agreements for Smokin Gun Apothecary and Emerald Fields dispensaries. Both deals are pending approval from the Colorado Marijuana Enforcement Division (MED), and are expected to close within 75 days.

Schwazze will pay $4 million in cash and 100,000 stock shares in exchange for the Smokin Gun and the dispensary's attached LLCs, according to the announcement.

A Western-themed pot shop next to Shotgun Willie's strip club in Glendale, the Smokin Gun was co-founded in 2016 by Deborah Dunafon, who also owns Shotgun Willie's. The dispensary had big plans for social pot consumption throughout its run, but the hospitality hopes never materialized. Shortly after the Smokin Gun secured a pot consumption license from the MED and Glendale City Council approved dispensary tasting rooms, the COVID-19 pandemic hit, and the dispensary's consumption license was withdrawn.

Smokin Gun ownership declined to comment on the sale.

Glendale, a small municipality surrounded by Denver, has just five dispensaries, including the Smokin Gun and Emerald Fields which are essentially neighbors. 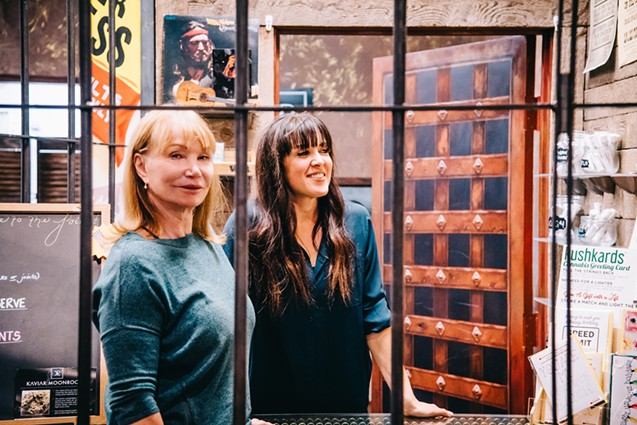 Deborah Dunafon (left) opened the Smokin Gun Apothecary in 2016.
Courtesy of the Smokin Gun/Lucy Beaugard
Another future member of the Schwazze family, Emerald Fields was founded in 2015 and currently operates two recreational dispensaries: the one in Glendale and another in Manitou Springs. The company, registered with the MED under MCG LLC, agreed to a $29 million package from Schwazze for the two stores. According to the announcement, the agreement calls for around 60 percent ($17.4 million) to be paid in cash, with the remaining amount paid in Schwazze stock.

Manitou Springs has a population of just over 5,000, but the town is less than fifteen minutes from Colorado Springs, where recreational marijuana sales are banned. According to the town's former mayor, over half of the sales tax revenue in Manitou Springs in 2019 came from recreational pot sales.

"Our team is delighted to add the Emerald Fields Cannaboutiques to our growing portfolio of dispensaries and are eager to welcome the team to Schwazze. Manitou Springs and Glendale are attractive locations and are valuable assets to our overall acquisition plans as we continue to build out Colorado. Our team is excited to add another store brand to our house of brands," Schwazze CEO Justin Dye says in a statement announcing the Emerald Fields deal.

Formerly known as Medicine Man Technologies, Schwazze now owns or has agreements to own 22 dispensaries throughout Colorado, including Star Buds and Mesa Organics, a former southern Colorado dispensary brand now under the Star Buds chain. The company closed on a marijuana cultivation in Huerfano County earlier this year, and has a deal pending to buy a 37,000-square-foot growing operation in Denver.

According to Dye, this is all part of a plan to "aggressively execute" Schwazze's expansion in Colorado.

Schwazze's most recent acquisition announcements are the latest on a growing list of Colorado marijuana businesses that have been bought out by holding companies, including Green Dragon, LivWell Enlightened Health, Los Sueños Farms, Wana Brands and Medicine Man.
KEEP WESTWORD FREE... Since we started Westword, it has been defined as the free, independent voice of Denver, and we'd like to keep it that way. With local media under siege, it's more important than ever for us to rally support behind funding our local journalism. You can help by participating in our "I Support" program, allowing us to keep offering readers access to our incisive coverage of local news, food and culture with no paywalls.
Make a one-time donation today for as little as $1.