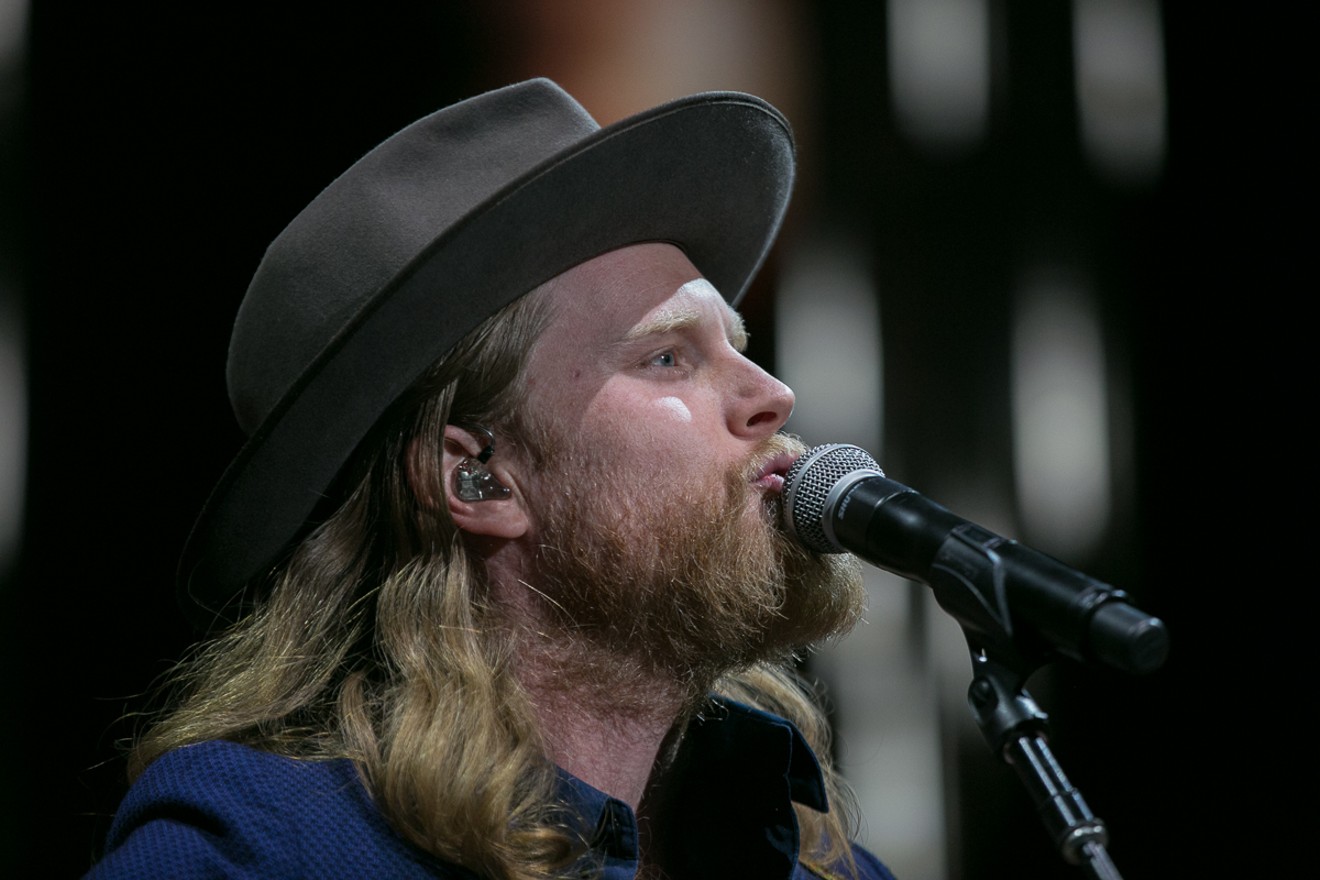 The Lumineers are among the Colorado artists with quality Christmas covers. Brandon Marshall
One delightful side effect of the #MeToo movement is the long-overdue awareness that the holiday tune “Baby, It’s Cold Outside” is more than a little bit rapey. Following a nationwide trend, Denver’s KOSI 101.1 pulled the track from its rotation while it held a listener poll to determine whether “Baby” should be reinstated. It was. You can avoid debating that nugget at your seasonal festivities by directing your guests’ ears to local musicians’ takes on timeworn holiday classics. Here, in alphabetical order, are seven cover versions of classic Christmas songs that aren't "Baby, It's Cold Outside" (and one that is), performed by Colorado artists.


Judy Collins
“I’ll Be Home for Christmas”
Colorado treasure Judy Collins has released several Christmas-themed albums over the years and covered nearly every classic there is to cover. On 1994’s Come Rejoice!, a standout track is the melancholy classic “I’ll Be Home for Christmas.” The song was originally written by Kim Gannon and Walter Kent and recorded by Bing Crosby in 1943, speaking to the numerous U.S. soldiers who were overseas in the midst of World War II. It’s been covered countless times, but Collins’s one-minute-long version doubles down on the loneliness as her ethereal voice floats through what sounds like a boundless void — totally alone.


John Denver
“Rudolph the Red-Nosed Reindeer”
The sunny-smiled singer-songwriter was known for his odes to the West, but he trafficked in all heart-warming strains of Americana. From his 1975 Rocky Mountain Christmas, we recommend his version of the 1939 story-song “Rudolph the Red-Nosed Reindeer.” Denver’s rendition boasts a jaunty piano line  and — shockingly — favors fun instrumentation over vocal shlock. Denver's choirboy tones also lend themselves nicely to “Silver Bells.”


DeVotchKa
Overture of The Nightmare Before Christmas
Since the 1993 release of Tim Burton’s The Nightmare Before Christmas, many people have adopted the dark-comedy animated musical as a holiday favorite. The Danny Elfman soundtrack has also attracted fans, and in 2008, Disney released a cover album of the soundtrack called Nightmare Revisited. DeVotchKa, Denver’s beloved avant-pop ensemble, contributed the film’s overture, and the band's take is as twisted, spooky and spunky as you’d hope.


FACE Vocal Band
“O Holy Night”
This Boulder-based a cappella band keeps busy during the holiday season, selling out most of its performances in the region this month. A few years ago, the vocal group got delayed amid inclement December weather in the Dallas airport. Before the bandmates got out, they embarked on a mini-tour through the terminals, performing holiday songs to lift stranded passengers’ spirits. Maybe all-vocal music isn’t your thing, but that story is downright charming. We recommend FACE’s rendition of “O Holy Night” for that one note — you’ll know it when you hear it.