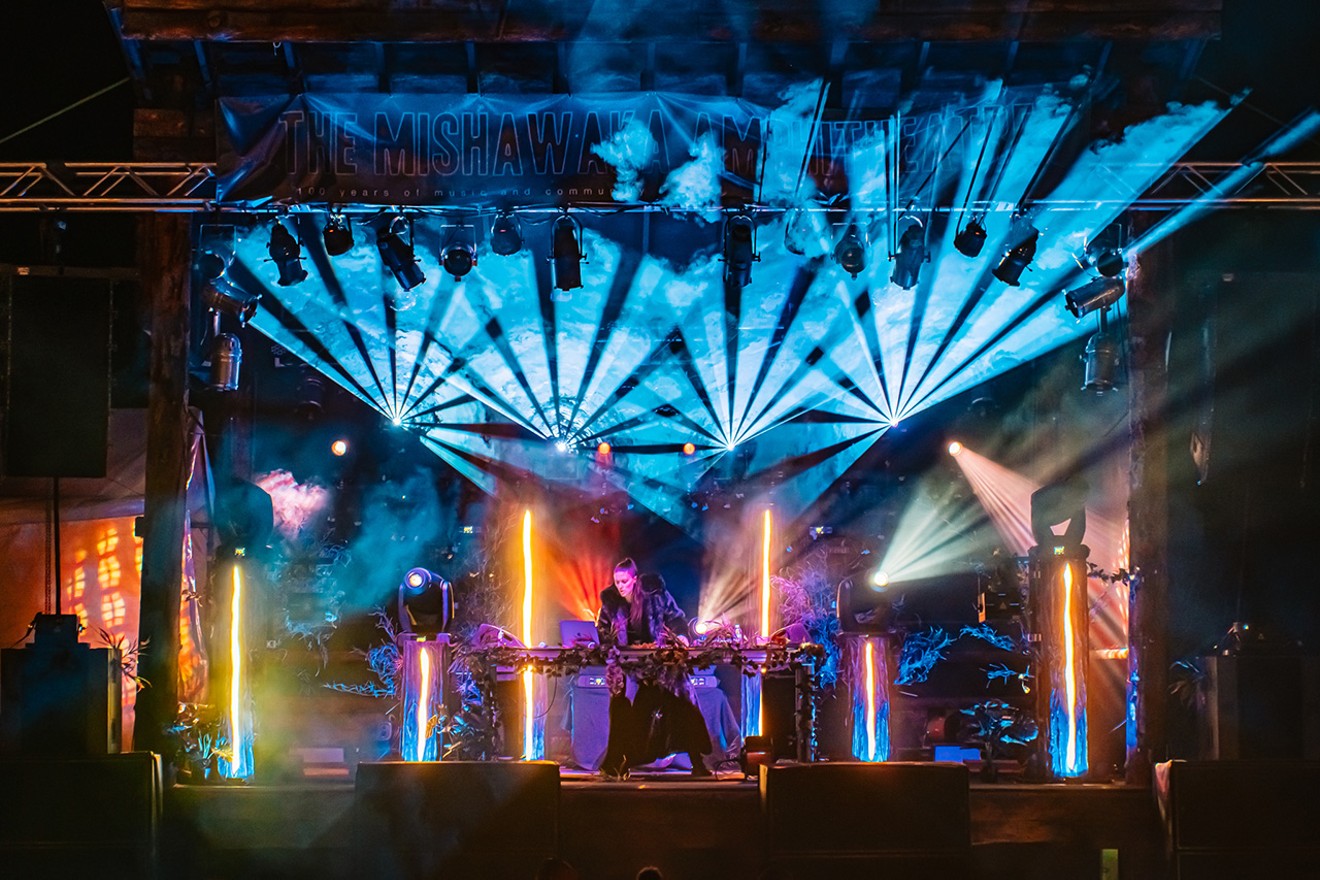 CloZee's impressive light effects are thanks to Mike Morgenstern, who lost his home and equipment in the Marshall Fire Tomas Morgan
Last week’s devastating Marshall Fire engulfed nearly 1,000 buildings and homes. One of those homes belonged to CloZee’s lighting designer and laser tech, Mike Morgenstern.

On Saturday, January 1, CloZee — a fixture in Colorado’s burgeoning electronic and bass music scene — revealed that Morgenstern didn't just lose his home to the fire; he also lost much of the lighting and laser equipment necessary for CloZee’s live performances and for his business, Quantum FX.

“If you guys have been to one of my shows, you know the work of my amazing lighting designer / laser operator Mike Morgenstern (@quantum_fx_llc),” CloZee wrote on Instagram. “He’s been part of the CloZee project for more than 4 years now, and it wouldn’t be where it is without him. Him and his wife lost their house on Dec 31st because of the #MarshallFire in Colorado. They just had time to leave with their animals. Everything else, including Mike’s laser and lightning equipment, are gone.”

But CloZee, whose real name is Chloé Herry, quickly added that there is a way you can help. She shared a link to a GoFundMe campaign, which was started by Morgenstern’s mother.

On the GoFundMe page, Bonnie Morgenstern notes, “My son, daughter in law and her sisters lost everything they own and their home was burned to the ground…They barely made it out with some important paperwork and their pets before the fire engulfed the home. All of my son's laser and lighting equipment was also lost in the fire. This could cripple his business and livelihood. Please donate whatever you can to help them get back on their feet.”

Westword interviewed Morgenstern as part of a December 2020 cover story on CloZee, in which he talked about the importance of visuals for CloZee’s shows. Incidentally, he shared details about a laser show he did in his Louisville backyard when CloZee couldn’t perform in venues during the height of the pandemic. A YouTube video of that backyard performance, which highlights Morgenstern’s impressive lighting work, has now been viewed close to 500,000 times. That backyard is now gone.
The loss highlights how the Marshall Fire did not spare Colorado’s music community.

There are many families in need after the most destructive fire in Colorado history. In addition to Morgenstern’s GoFundMe, there are other ways to help victims, which can be found in a comprehensive guide compiled by Westword.
KEEP WESTWORD FREE... Since we started Westword, it has been defined as the free, independent voice of Denver, and we'd like to keep it that way. With local media under siege, it's more important than ever for us to rally support behind funding our local journalism. You can help by participating in our "I Support" program, allowing us to keep offering readers access to our incisive coverage of local news, food and culture with no paywalls.
Make a one-time donation today for as little as $1.