Remembering People From Denver's Music Scene Who Passed in 2018

Friends and family gathered to celebrate the life and artwork of Colin Ward at Black Cube on March 10. Scott Lentz
It's not enough to say that 2018 was a hard year for Denver's music community. We lost friends, collaborators, bandmates, teachers, family members, promoters and champions. Some of them lived many decades and others' times were cut far too short, but they will all be missed. Below, in alphabetical order, are some of those figures in Denver music who passed away in 2018. 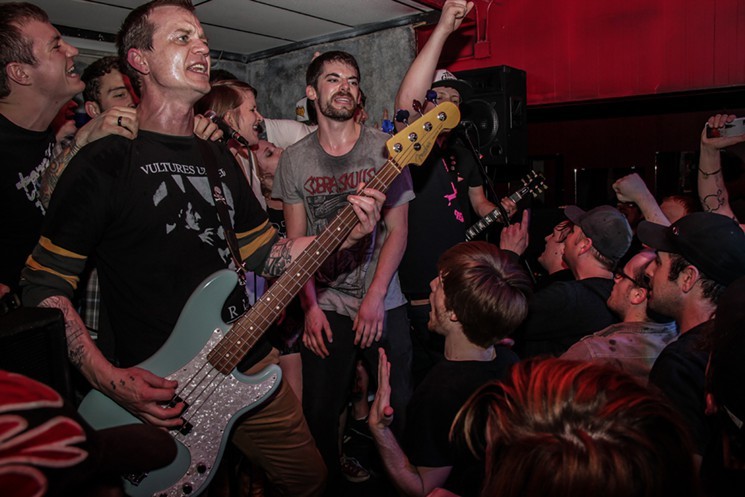 Johnny Bender
Dawn Wilson
Johnny Bender was an active fixture in Denver's punk scene for nearly a decade, as a musician, blogger and promoter. Bender, born John Wilson, moved to the city in 2004 and was deeply involved in the music community by 2009. The multi-instrumentalist played in the Gamits, as well as bands like Joy Subtraction and the Nuns of Brixton. In the past, he'd played with Uncle Abner, Moral Crux, That Guy!, St. Fall Apart, Batum Schrag, the Simians, the Gloryholes, Thankless Dogs, Buffalo Party, Trailer Park BBQ, the Pitz and Always My Enemy. Bandmates and friends remember Bender for his kindness, positivity and love of music, and as "the kind of dude you wanted to wake up next to in a van in the middle of Russia." He died by suicide in July. 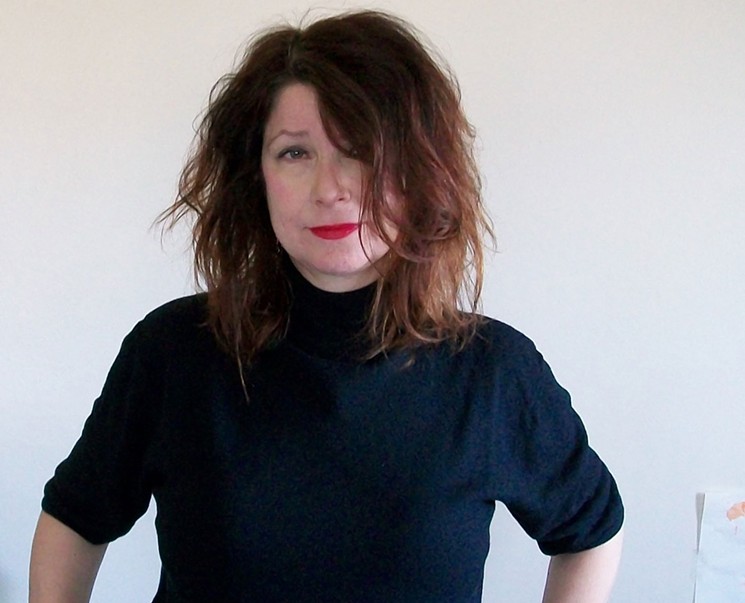 Denver’s music community is mourning the loss of Kat Ellinger.
Dan Kuhn
Kat Ellinger was a veteran of Denver underground rock, known for her warmth, vision and musicianship with the bands Worm Trouble and Sleepers. Ellinger got involved with the local music scene in the early ’90s, and by 2003, Worm Trouble was opening for the Breeders. Beginning in 2007, Ellinger suffered some serious catastrophes, including a mistaken arrest and assault while in jail; she subsequently experienced post-traumatic stress disorder. Ellinger left Denver and then returned, writing the thoughtful, powerful album Drive in 2015 about her experiences and coming home. Ellinger died of liver and kidney failure in June at age 54. Steven Gordon
Steven Gordon worked across media, making art of nearly everything he touched. Gordon was a painter, writer, inventor, instrument builder and avid musician, playing with bands like Itchy-O and as a core member of the avant-garde crew ANIMAL / object. He co-founded the Flux Gallery co-op and the BOOM mobile art gallery, and won the grand prize at the Denver Chalk Art Festival, among many, many other activities. Gordon was diagnosed with pancreatic cancer in fall 2017 and spent the next several months fighting the disease and, as always, creating. He died in late April at age 57. Denver’s music scene is mourning late jazz master Fred Hess.
Charla Bevin
Fred Hess was a renowned jazz tenor saxophonist and composer. Originally from the East Coast, Hess moved to Boulder in 1981, founding the Boulder Creative Music Ensemble and completing his doctorate in musical composition. He released sixteen albums, was the founding director of Denver's Creative Music Works Orchestra, played with Ginger Baker's Denver Jazz Quintet, led ensembles, and was known for his graphic score notation, based on colliding atomic particles and stories about the "clef family." Hess was also the director of music composition at Metro State College and may be remembered best by students, including trumpeter Joshua Trinidad. Frequent collaborator Ron Miles said of Hess: "Constant learning, constant teaching is something that holds true for the rest of us as we carry on without him.” Hess died in October at 74. 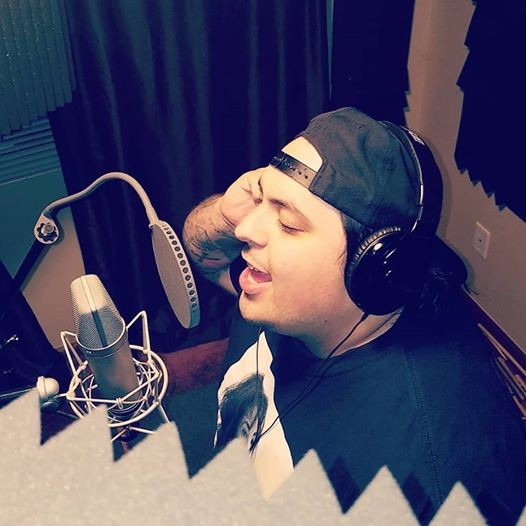 Colin Michael Mulhern was the lead singer of If I Fail and ran the apparel line Darkly.
If I Fail
Colin Michael Mulhern was the lead vocalist of Denver pop-punk band If I Fail. A graduate of Cherry Creek High School, Mulhern was involved in national straight-edge communities and ran the apparel line Darkly USA, a "stridently anti-racist" brand dedicated to speaking out for equal rights. Mulhern was killed at age thirty in an accident caused by a drunk driver in late August in California. He was on tour with Denver heavy-metal group Short Fuse 59. Six others in the van were seriously injured.

James Sharp, aka DJ Quid.
Sharp Family
James Sharp performed as DJ Quid, making a name for himself in Denver's club and wider music scenes in the ’90s and early 2000s. Sharp was a pioneer, co-founding popular residencies that brought Brit pop and electroclash to local dance floors. Sharp has been remembered by his family for his friendly, goofball nature. He passed away in mid-December at 47.

Colin Ward
Courtesy of Stephan Herrera
Colin Ward was a beloved and prolific figure in overlapping Denver arts worlds. A longtime community member and then resident of Rhinoceropolis, Ward was "an Arthur Russell-meets-Basquiat-meets-Pokémon character," wrote Westword contributor Bree Davies. Ward busked on the 16th Street Mall, threw art openings and shows, and made hundreds of multimedia art pieces, including music albums under various monikers like Snake Feathers and, recently, Killd By. He died by suicide on February 1 at age 27.

Steve Cooper was a popular DJ on rock radio across the Front Range.
101.9 King FM
Steve "Cooper" Warren was a longtime popular radio rock DJ along the Front Range. For generations of listeners and across a number of outlets, including KAZY and KBPI, "Coop" delivered rock hits with his signature booming voice, humor and meticulous broadcast craft. He had just begun work at 103.5/The Fox when he died suddenly in July at age 64. A memorial was held for him at Thunder Mountain Amphitheater in Loveland.

Brian Webb was a longtime Denver music promoter.
Brian Webb
Brian Webb was a veteran of the Denver music scene, a longtime music promoter and booking agent who ran Webb Entertainment. He died in early November and has been remembered, along with his partner, Rose Carbajal, as a positive force in the local music community.
KEEP WESTWORD FREE... Since we started Westword, it has been defined as the free, independent voice of Denver, and we'd like to keep it that way. With local media under siege, it's more important than ever for us to rally support behind funding our local journalism. You can help by participating in our "I Support" program, allowing us to keep offering readers access to our incisive coverage of local news, food and culture with no paywalls.
Make a one-time donation today for as little as $1.