Reader: So Many Great Shows at Cervantes' Over the Last Twenty Years 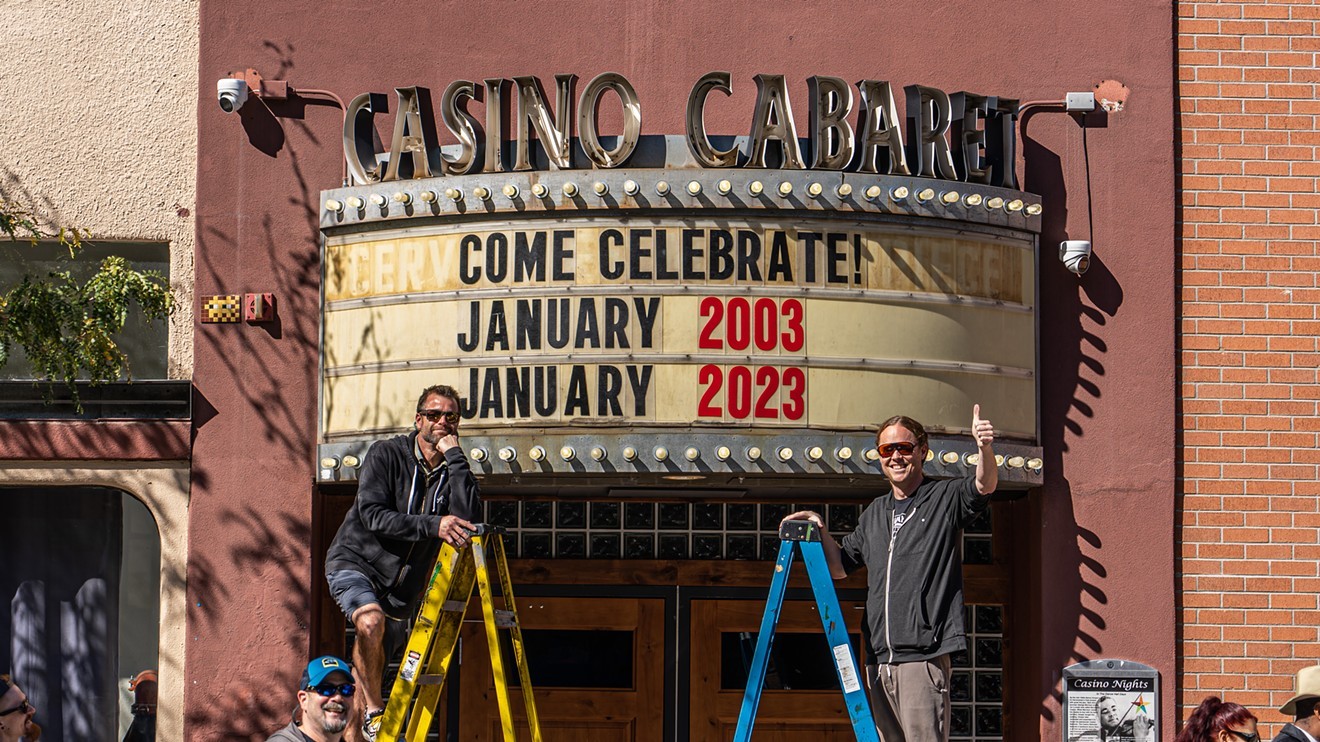 Since then, Cervantes' has been a reliable steward for jam band and EDM lovers alike. It's become a go-to for up-and-coming Denver artists, while also offering star-powered sets from the likes of Gov't Mule's Warren Haynes and Phish's Page McConnell. It will host more big names when Cervantes' celebrates its twentieth anniversary on Friday, January 20, with The Motet playing the Masterpiece Ballroom and Andy Frasco and DJ Sleepy hosting an "I Wanna Dance With Somebody" DJ dance party at Cervantes' Other Side, right next door.

In the meantime, fans of the venue have been sharing memories of their favorite nights there on the Westword Facebook post of our story on the upcoming twentieth-anniversary celebration. Says Nicole:


I've been going to Cervantes' so long, I knew the Alice Wonderland bathroom. I contributed to the newest sound system. Love my city.

So many, can't pick just one show.

There are so many that I can't remember.


Dj Qbert with Mixmaster Mike. Chris Karns opened for them

The Glitch Mob's first gig there was off the charts! Of course, there were all the shows we put on there. And that Kimmock show where he stopped playing and told the crowd to "Shut the fuck up!" So many great shows there over the last twenty years!


Best memory inside the walls of Cervantes' was the "Above Ground Productions" party, in 2004, I believe. A local dance legend, Ty Tek, headlined the gig. It wasn't a huge party, but the punters were all quality people who danced and smiled all night. This was a memorable night for me, when the scene was still underground and local artists got to play a big venue and take a step outside the bedroom DJ gigs.


What were your favorite shows at Cervantes' Masterpiece Ballroom? Post a comment or share your thoughts at [email protected]
KEEP WESTWORD FREE... Since we started Westword, it has been defined as the free, independent voice of Denver, and we'd like to keep it that way. With local media under siege, it's more important than ever for us to rally support behind funding our local journalism. You can help by participating in our "I Support" program, allowing us to keep offering readers access to our incisive coverage of local news, food and culture with no paywalls.
Make a one-time donation today for as little as $1.