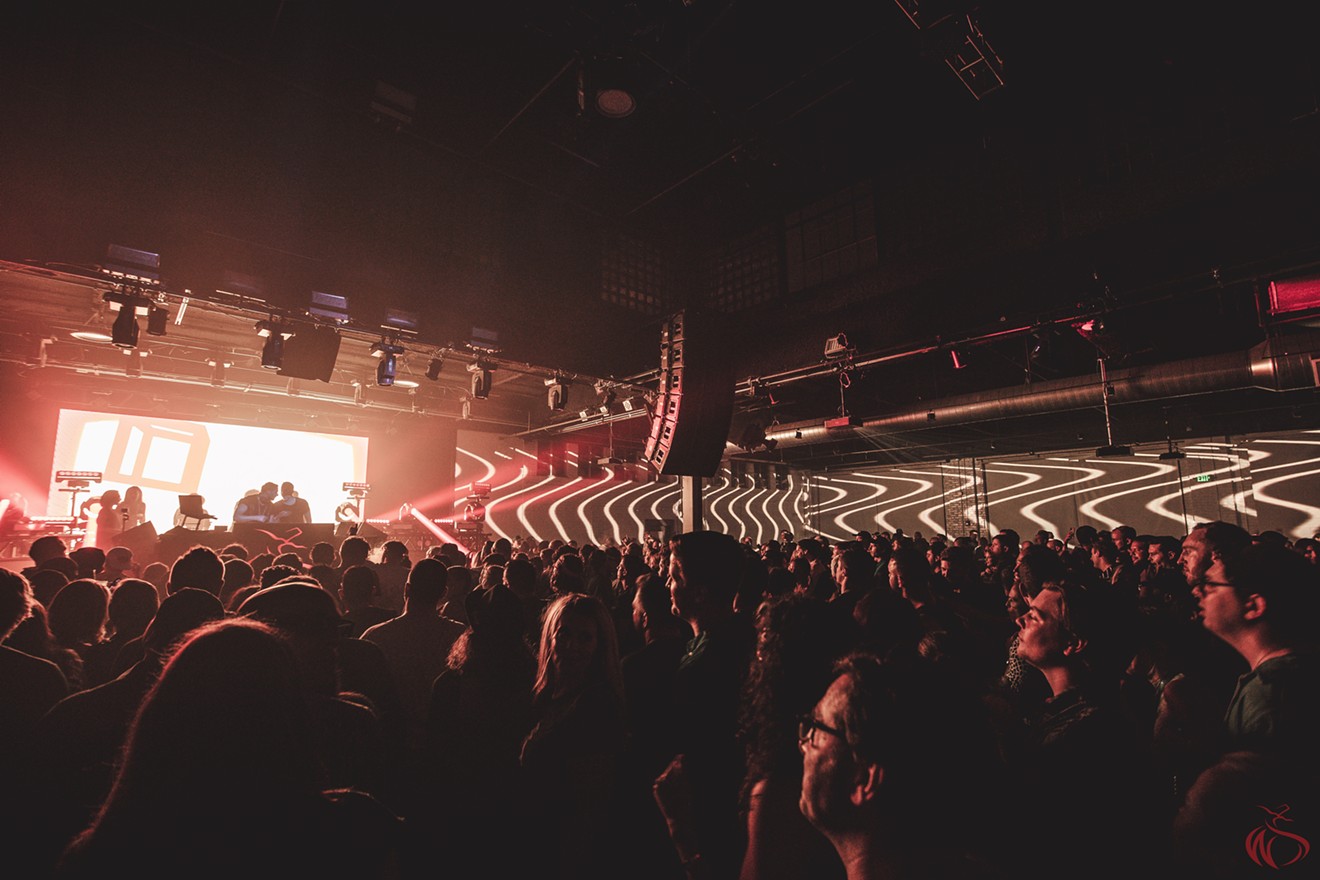 The EXDO Event Center is ready for a fresh name. ReelWorks Denver
The EXDO Event Center name has never made much sense. Is it a bingo hall? A host of car shows and widget conferences? A classical-music venue? A scrappy community bookstore selling Communist pamphlets and running a Food Not Bombs outpost?

None of the above, but a little like each of them. EXDO, opened at what was then dubbed "extended downtown" at 1399 35th Street, has long been a home for political rallies and nonprofit fundraisers as well as concerts, rollerskating nights, drag shows and even memorial services, including the 2019 ceremony honoring Marty Chernoff, founder of Tracks and co-owner of EXDO. For years, parties, live music and experiential, immersive art have been some of the biggest successes at the business, says Andrew Feinstein, who worked with Chernoff and now owns the property with his family. DJs from GRiZ to Deep Dish have played the venue, and bashes like the recent KINK fetish ball have packed the space.

To build on that success, in recent months Feinstein and his team began speaking with music promoters and bookers to learn what they'd like to see at EXDO. They found that high-profile DJs wanted to play venues with recognizable, iconic names: Think Temple, Beta or the Church. To compete with other spots bringing in the biggest names in dance music and the immersive arts, the "big, urban, industrial box" — as Feinstein describes EXDO — was ready for a rebrand.

So starting Thursday, June 17, the venue will be redubbed ReelWorks Denver, a nod to the building's past as a tinsmith manufacturing facility that opened in 1945 and made film reels during the golden age of Hollywood.

"Our new name is an homage to our history," explains Feinstein, whose family had co-owned the clubs on the block, including Tracks, with Chernoff since EXDO first appeared two decades ago. "But it's also like a pivot into the future, where we're really gonna be oriented toward these immersive, experiential events, with a big push for live music and live musicians." 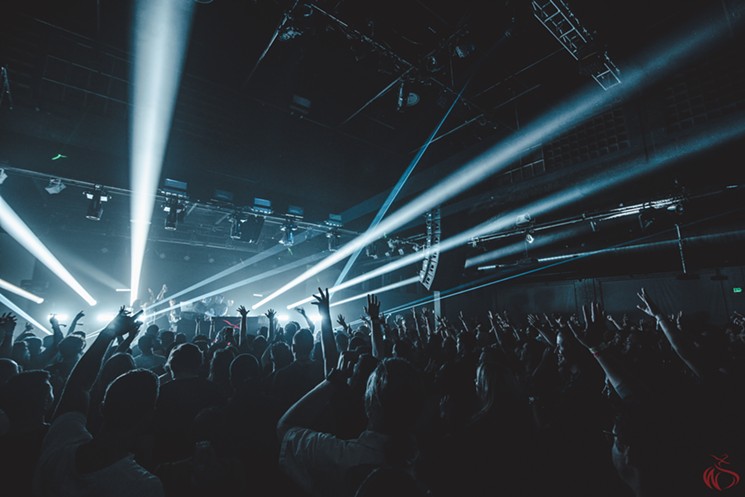 DJ nights and immersive art events have brought the EXDO Event Center its greatest successes.
ReelWorks Denver
During pandemic shutdowns, which cost the EXDO group over a million dollars, the company cleaned out the venue's mezzanine, revamped the air-filtration system, and fixed the stage so that it would be more DJ- and musician-friendly; it also installed high-end projection mapping that will allow every wall of the space to offer cinema-quality visuals.

"We can literally play movies on our walls inside our building," Feinstein notes.

The plan is to have around three live shows a week once things are up and running; ReelWorks already has events booked on its calendar for the next couple of months.

For years, as the RiNo Art District grew around the clubs, rumors rumbled that Feinstein planned to redevelop the block occupied by EXDO. After all, what was once a largely ignored industrial corridor in Five Points has become high-value real estate over the past decade.

"I have no plans to redevelop the block," Feinstein says. "The fact that we're rebranding as ReelWorks Denver  is an orientation toward a longer future here."

The growth in the neighborhood only means more success for his businesses, adds Feinstein, who is the board chair of the RiNo Art District, a nonprofit instrumental in the development of that neighborhood.

"As RiNo grows around us," he adds, "that's more customers."

For more information, go to the ReelWorks Denver website.
KEEP WESTWORD FREE... Since we started Westword, it has been defined as the free, independent voice of Denver, and we'd like to keep it that way. With local media under siege, it's more important than ever for us to rally support behind funding our local journalism. You can help by participating in our "I Support" program, allowing us to keep offering readers access to our incisive coverage of local news, food and culture with no paywalls.
Make a one-time donation today for as little as $1.