Life Imitates Art: Rapper FBP Moe Is on the Lam 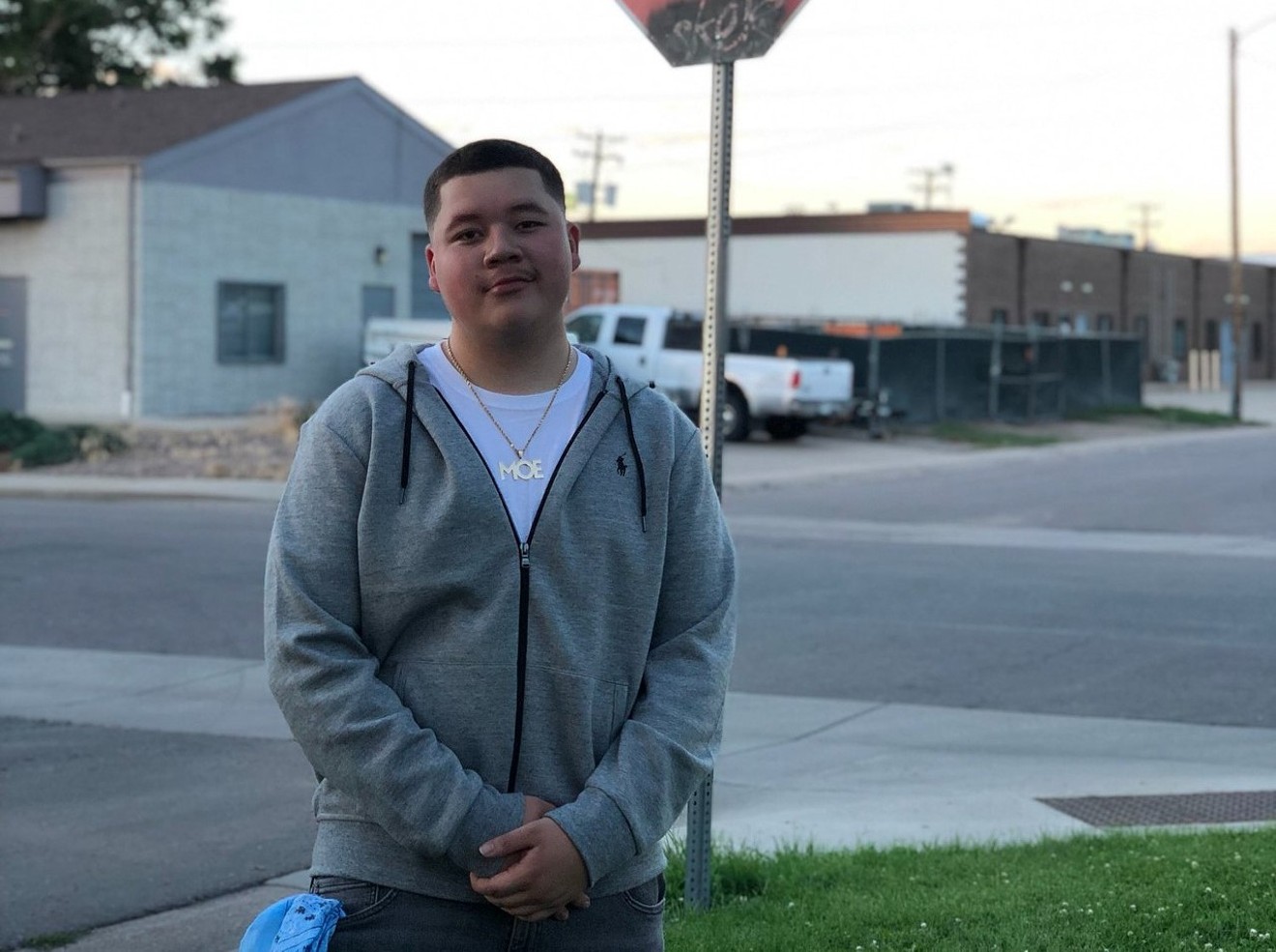 Rapper FBP Moe is currently a fugitive from the law. Phil Baca
Denver born and raised rapper FBP Moe, aka Moses Phillip Fernandez Jr. (or Moses Baca), is on the run from the law after nine of his associates were arrested by a Denver law enforcement task force last week. Fernandez is a leading member of the Few But Plenty collective, which he described as "a one-of-a-kind family" of collaborators in a 2019 interview with Westword. But the group, which includes several other rappers with "FBP" in their monikers, is now being called "a violent criminal enterprise" by Michael Gaskill, the commander of the RAVEN (Regional Anti-Violence Enforcement Network) task force that made the arrests.

Following a two-year investigation named "Operation Ricochet," Fernandez and nine other FBP members were indicted on 114 felony counts involving 47 different victims in the metro area, "most of them drive-by shootings of rivals," according to Denver District Attorney Beth McCann.  All are in custody with the exception of Fernandez, who officials believe may be hiding out in Las Vegas or California.

Fernandez originally made headlines back in 2019 when the music video for his song "No Pressure" went viral on YouTube, gaining millions of views. Only eighteen when the video was released, the baby-faced Fernandez spoke openly about the dangers and struggles he'd faced growing up on the west side of Denver. The song itself was a response to the shooting of his cousin (known as "King Daniel"), and hinted at retaliation with lines like "We don't play around we gon' pull a homicide." Meanwhile, in the background, members of the FBP crew waved blue bandannas and threw gang signs. Moses Phillip Fernandez Jr. is now wanted.
ATF Denver
According to ATF spokeswoman Ginger Colbrun, FBP's music "brilliantly described many of their crimes." But hip-hop often deals in hyperbole, and it's not uncommon for a rapper to refer to outdoing his rivals as "murder" or to use other violent metaphors. But it's also not uncommon for the language to be literal. As Fernandez told Westword, "I would describe my music as real. You can feel the pain in it, it's all authentic." But with lines like ".45 on me just to make sure I get through shit/I lost both my brothers so I gotta stay with two clips" (from "We Gon Ride," featuring FBP Phil and FBP Shotta), Fernandez may now be regretting some of his raw honesty.

The ATF is offering a reward of up to $5,000 for any information leading to the arrest of Fernandez.
KEEP WESTWORD FREE... Since we started Westword, it has been defined as the free, independent voice of Denver, and we'd like to keep it that way. With local media under siege, it's more important than ever for us to rally support behind funding our local journalism. You can help by participating in our "I Support" program, allowing us to keep offering readers access to our incisive coverage of local news, food and culture with no paywalls.
Make a one-time donation today for as little as $1.