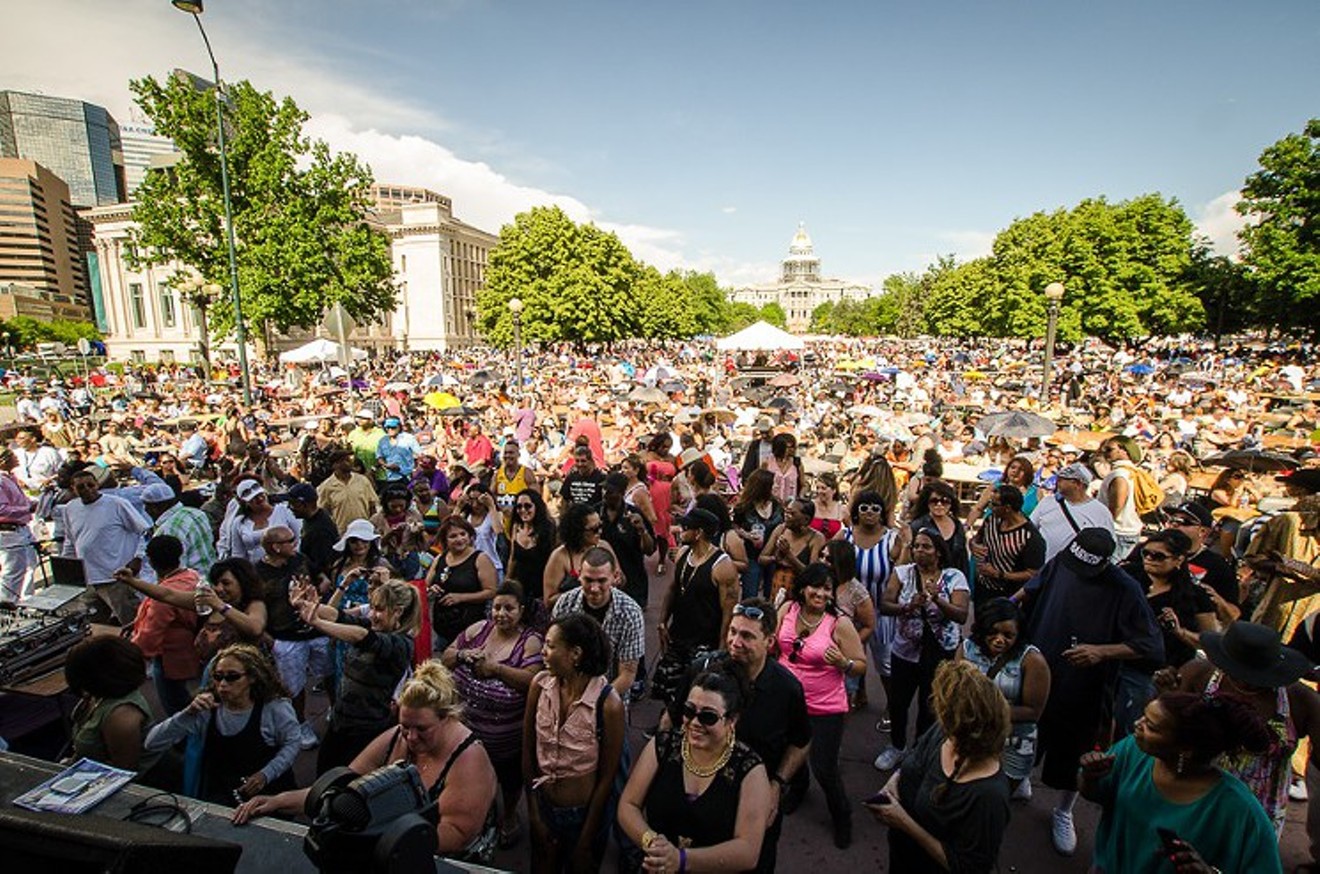 The Insane Clown Posse blew it like a two-liter bottle of Faygo.

Last June, the horrorcore hip-hop group announced that the next location for its infamous annual festival, the 18th Gathering of the Juggalos, would be in Colorado. We were stoked, obviously, to have access to the epicenter of Juggalo culture, which has so long fascinated this publication.

Moving the clown wagons west, however, proved more difficult than anticipated, and ICP never announced a particular venue that would house the event. In March, Westword reported that the event had pulled out of its Colorado plans, though even the rep at Psychopathic Records couldn’t say where the Gathering would be held or what had gone down to prevent its move to the mountains. In April, ICP confirmed that the Gathering of the Juggalos will take place in a field outside Oklahoma City from Wednesday, July 26, to Saturday, July 29.

ICP clowned themselves by ditching the Centennial State. Here are ten reasons why the Gathering of the Juggalos should have happened in Colorado.


10. Oklahoma sucks!
This is a commonly accepted truth, even by people who live in Oklahoma. Go ahead: Google “Oklahoma sucks.” You’ll find lists of reasons to move away from the state as soon as possible, including lack of tourist and cultural attractions and a glut of franchised churches. Urban Dictionary defines Oklahoma as the state that “sucks so much that it keeps Texas from slipping into the Gulf of Mexico.”

9. The Juggalos have a deep history in Colorado.
Insane Clown Posse and company have legions of Colorado fans, and they know this. Violent J and other members of the Psychopathic Records “family” have made Denver and the surrounding area regular stops on tour, and the Juggalos and Juggalettes show up, covered in face paint and chugging Faygo.

8. Denver has a high chance for celebrity Faygo showers.
More high-profile entertainers, politicians and others pass through Denver than Oklahoma City, and some probably wouldn’t be able to contain their curiosity, popping up in the All-Star area at the Gathering. Hell, John Hickenlooper, governor and known music fan, would probably show up. Imagine the Faygo-shower possibilities!

7. Colorado has a range of superior venues.
The Gathering will be held at Lost Lakes Amphitheater near Oklahoma City, where ICP has performed in the past. The property does include actual dingy lakes and an Extreme Waterslide. That’s cool and all, but Colorado is a natural playground with tons of unique entertainment venues. The National Western Complex has hosted Riot Fest with appropriate grimy aplomb. Or imagine the insane clown carnival taking over Lakeside Amusement Park! In our dreams, the Juggalos gather at the Denver Botanic Gardens, which is always trying to attract different, younger crowds. What could be more different? Win-win, whoop-whoop!

6. ICP may have alienated some of its fans with this move.
Following ICP’s announcement of a Colorado Gathering, folks were excited. (Why wouldn’t they be?) But combing through the comments following the Oklahoma news, many fans were less than thrilled. On faygoluvers.net, a Juggalo wrote: “Moved away from Oklahoma for a reason. So you want me to pay $190 and drive 1800 miles for half the show, higher price, and not smoke weed for the entire weekend. I’ll be a juggalo till the day I die but does J have a tumor? One stupid thing after another lately.” To be fair, the price only went up $10, but we feel you, Ninja.

Read on for five more reasons the Gathering of the Juggalos should be in Colorado.