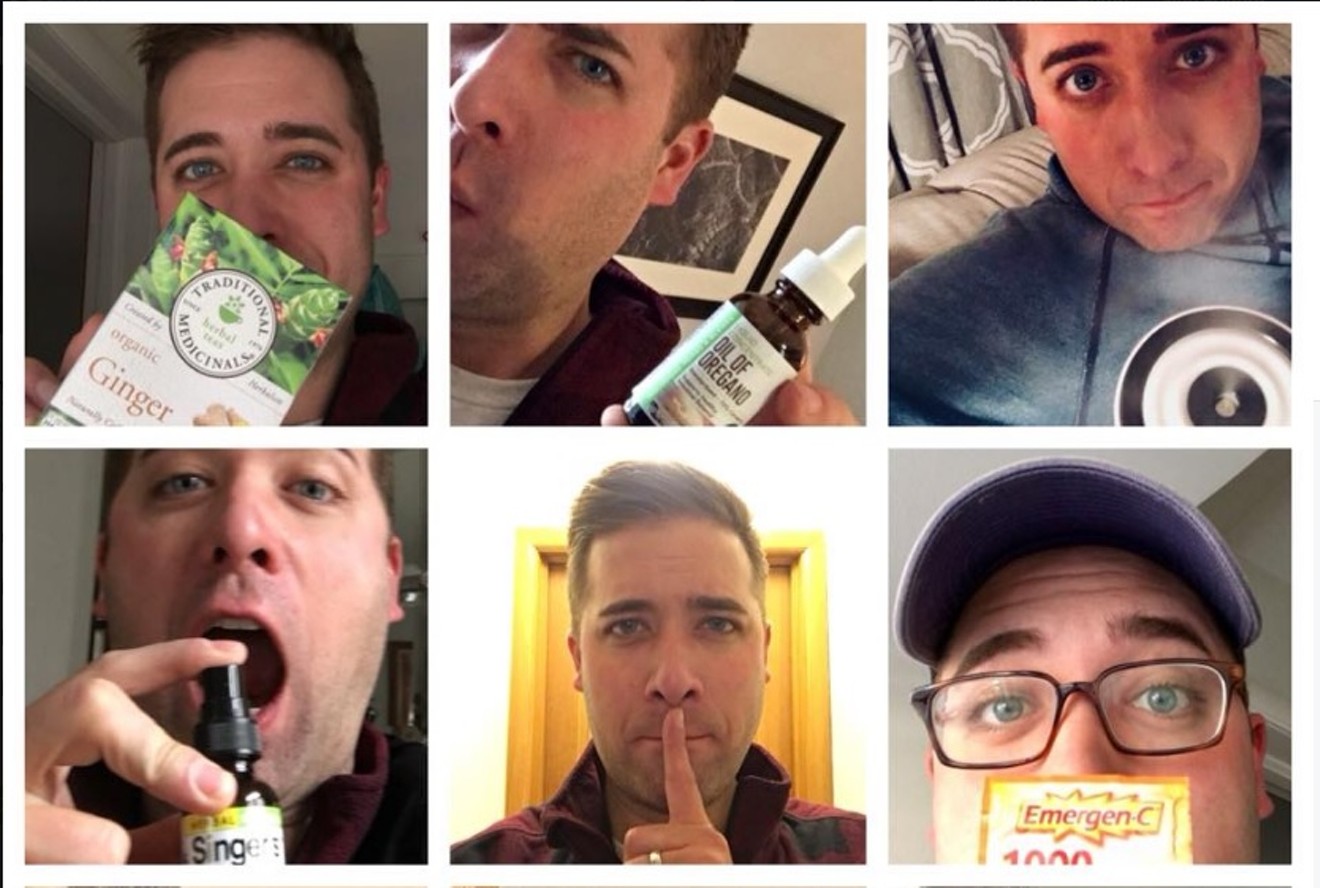 The many faces of Kyle Clark responding to viewers' tips about voice-loss cures. Facebook
Kyle Clark, host of the 9News weeknightly program Next With Kyle Clark, is Denver TV's current king of social media, as well as our pick for best local media figure to follow on Twitter in the 2017 Best of Denver issue. And our pick was more than justified by Clark tweets over the course of the year. Indeed, his messages were so memorable that after saluting the ten best Colorado celebrity tweets of 2017, we've devoted this entire post to him. Take a look at our ten favorites below.

Back in October, we asked Clark when he first realized the kind of impact social media can have when it comes to amplifying the impact of an issue of a story. "It would be difficult to pinpoint a single moment," he replied. "Being a journalist on social media over the last decade has been like standing on the beach as the tide comes in. Its rise was imperceptible at first, and all of a sudden we're knee-deep."

As for the often-sardonic feel of his tweets, Clark stresses that he's not trying to create an alter ego. "I'd hope my writing on social media reflects how I communicate on air and in everyday life," he noted. "I think it's pretty easy to tell when a journalist is pretending to be someone else, whether on air or online."

With that in mind, here are ten hits of pure, uncut Clark. Count them down below, beginning with a post about beating a dead horse — specifically a Bronco. To follow him on Twitter, click here.

A stubborn case of the man flu. My wife says I need to suck it up and I'll be fine. When I die, that'll show her. https://t.co/FYWdlZ29UJ

That's not an office. That's a lair. (from @Variety's Matt Lauer story) pic.twitter.com/OhiD7obTla